The facts have been known since the end of the nineteenth century: regardless of the variety (amphiboles or chrysotile), asbestos causes illness and death. But the effects are delayed! Excluding the signs of pulmonary fibrosis, known as “asbestosis”, which can appear at a relatively early stage in the event of heavy exposure to this mineral fibre, the clinical symptoms of the cancers linked to asbestos appear a long time, even a very long time, after contamination (in the order of several decades).

While manufacturers have known this since the 1930s, it was not until the work of Irving Selikoff and his team (Mount Sinai School of Medicine, New York City University) at the start of the 1960s that the scale of the epidemic of asbestos-related diseases became a public certainty. The working conditions in asbestos factories at the beginning of the 1970s were catastrophic, as evidenced by the account of Josette Roudaire, a former worker at the AMISOL asbestos textile factory (Clermont-Ferrand, France) (1).

It was also around this time that the largest asbestos mine in Latin America was being opened in Brazil, a country that had not used asbestos prior to the opening of this mine at Cana Brava (State of Goiás) in the late 1960s. Over the course of the following decades, the mine would make Brazil the third-largest producer worldwide, to the benefitof two European multinationals: Eternit (Switzerland) and Saint-Gobain (France).

On a global scale, of the 182 million tonnes of asbestos produced between 1900 and 2004, 80 per cent was produced after 1960 – that is, when its serious and fatal health effects were already known (2). Currently, thanks to a movement of citizens, trade unions and associations, present on all continents, 55 countries have banned asbestos. However, its production and use continue, with the most recent figures indicating a total of 2.03 million tonnes every year. In January 2019, Eternit-Brazil, which still operates the Cana Brava mine, announced that it was ceasing production for the Brazilian domestic market, but would continue exportation, notably to countries in Asia (3).

The scale of the epidemic of asbestos-related diseases is well known, although it has been significantly underestimated due to the lack of diagnostic options and the poor reliability of statistical sources in many countries. The latest estimate (regarding mortality) is 255,000 deaths caused by asbestos each year on a global scale, 233,000 of which are linked to work-related exposure (4). Incident cases are not recorded and the victims rarely receive compensation.

In relation to asbestos, there are three major public health and justice challenges on both the national and international agenda. First, the epidemic needs to be stopped by preventing the creation of new victims. To do this, it is necessary to establish a definitive global asbestos ban, which is what the ILO strongly recommended at its General Conference in 2006 (5). The main international vehicle for achieving this is the Rotterdam Convention, with the prospect, if this is implemented in 2019, of chrysotile asbestos being added to the Prior Informed Consent (PIC) list (6). However, given the large quantities of asbestos dispersed in public and private buildings, water supply systems, and many industrial and commercial facilities, banning asbestos will not solve everything. Measures must be taken to ensure that the management of asbestos in place and from waste is carried out in conditions that guarantee the protection of workers and residents, preventing any new contamination caused by dust from asbestos removal worksites or due to the incorrect storage of waste.

The second challenge is justice for the affected workers and their loved ones. In their Outline for the development of national programmes for elimination of asbestos-related diseases (7), the ILO and the WHO recommend establishing “a central registry of all workers exposed to asbestos, including past exposures”. They also state that “medical surveillance should be organized for early detection of any symptoms and health conditions resulting from asbestos exposure”. If such an approach had been taken 30 years ago, accurate, official records of victims would have given the latter access to the rights associated with the recognition of and compensation for an occupational disease, in addition to other forms of compensation (through mechanisms such as inexcusable conduct by the employer, or compensation funds for asbestos victims). Medical monitoring should also be extended to cases of domestic and environmental exposure, with the victims concerned benefiting from the same rights in terms of compensation. 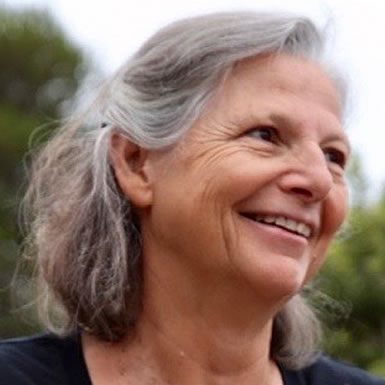