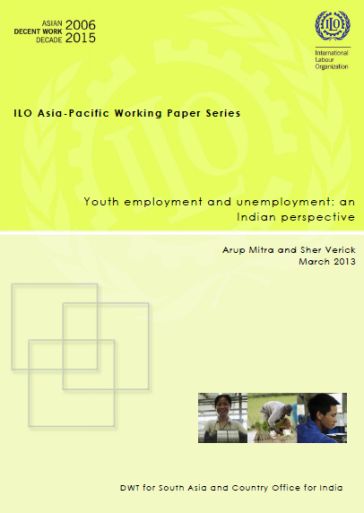 Download:
Creating jobs for young people is a major challenge around the world, which has been further exacerbated by the global financial crisis. In this broader context, this paper presents a profile of youth employment and unemployment in India, which has the world’s largest youth population. Young Indians face major barriers because of poverty and low levels of human capital. Though educational attainment has risen in recent years, gaining a foothold in the labour market remains elusive for many young Indians. In rural and urban areas, young males are usually employed in casual jobs, while their female counterparts tend to be self-employed. Although a large proportion of young rural women are employed in agriculture, rural males are increasingly turning to the non-farm sector. Among young women, social conditions play an important role in determining labour force participation. In response to these challenges, policies should address the lack of productive employment opportunities for youth. While skills development is crucial, these initiatives should be supplemented by more comprehensive programmes that target the most vulnerable and disadvantaged youth.