Between June and August 2018, the State of Kerala received an excess of 36.23% of rainfall. Consequently, the State suffered from severe floods along with the consequent landslides. The Government of India declared it a ‘Level 3 Calamity’ or ‘calamity of severe nature’. 14 most affected districts were: Kannur, Kollam, Kasaragod, Alappuzha, Thrissur, Kozhikode, Palakkad, Malappuram, Pathanamthitta, Ernakulam, Kottayam, Idukki, Thiruvanthapuram and Wayanad.

Initial reports indicated livelihood and income loss in the following areas: Against this situation and on requests received for support from the State, ILO in collaboration with its constituents provided technical interventions in the State to facilitate sustainable and speedy economic re-integration of affected households

The project strategy focussed on economic rehabilitation and re-building through generation of alternate livelihood options for the affected households, in particular, women and disadvantaged groups, in selected areas based on Post Disaster Needs Assessment (PDNA), conducted jointly in collaboration with UN agencies. Towards this, a multi-pronged approach was adopted which included policy level interventions and dialogues with the employers’ organizations, workers organizations, and relevant State government institutions. The activities were mix of both macro and micro level interventions with trickle-down effect into entire State.

The following objectives have been achieved with selected beneficiaries by the end of this project:
The ILO interventions with financial support from the Japanese government (ILO/Japan Fund) provided Kerala with the additional opportunities to strengthen its institutional capacity in some of the key issues like-developing support for internal migrant workers, reinforcing the tripartite mechanism and employment policy development with a focus to green economy. In the entire project, it was ensured that gender aspects were well integrated. A community-led and local resource based approach was adopted including linkages with Self-Help Groups and producer groups. This ensures sustainability of results even beyond the project duration.

The project has been implemented by ILO DWT/CO-India in close coordination with State Government of Kerala, State Planning Board, Workers and Employers organizations and other related agencies/partners. 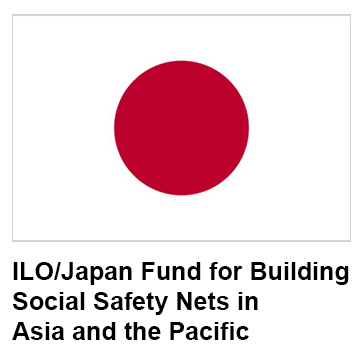