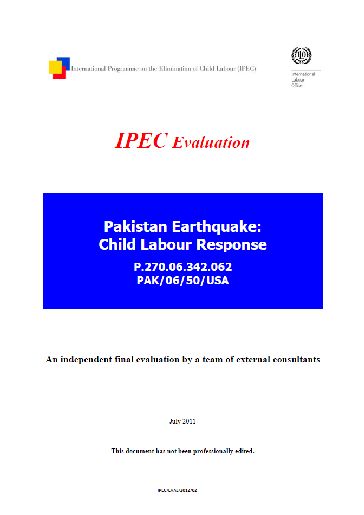 Download:
PECLRP was implemented in the central earthquake hit areas covering seven Union Councils of Balakot tehsil in the northern province of Khyber Pakhtunkhwa – KPK, Pakistan between 2006 – 2010. Funding for the project was provided by the United States Department of Labor – USDoL. The evaluation was conducted in Pakistan by a team of two independent national consultants with no prior association to PECLRP.