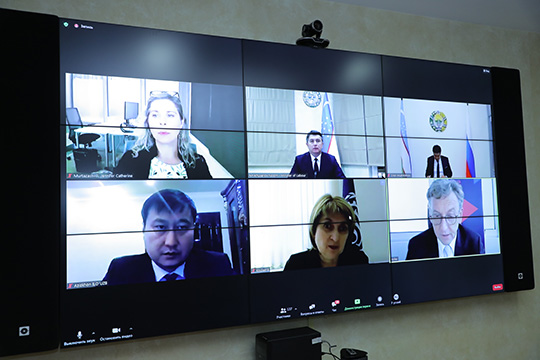 On 23 September the Ministry of Employment and Labour Relations of the Republic Uzbekistan jointly with International Labour Organization (ILO) conducted a special webinar devoted to the upcoming release of the report on the impact of COVID-19 on the country’s labour market and the efforts made to support Uzbek workers.

The report entitled Productive Employment during the Covid-19 Crisis: Lessons from Uzbekistan summarizes the efforts undertaken by the Ministry of Employment and Labour Relations of the Republic of Uzbekistan, jointly with the ILO, social partners and other government agencies on mitigation of the impact of the COVID-19 on unemployment and underemployment of population. The report aims at familiarizing broad audience with interventions during the COVID-19 crisis and to assess the efficiency of those interventions at the outset of the crisis.

The webinar was opened by Nozim Khusanov, Minister of Employment and Labour Relations of Uzbekistan, by saying that no country could avoid the economic consequences of the COVID-19 pandemic. Uzbekistan has faced strong challenges, and is ready to talk about the lessons learned on mitigating its impact on economy and labour market situation. 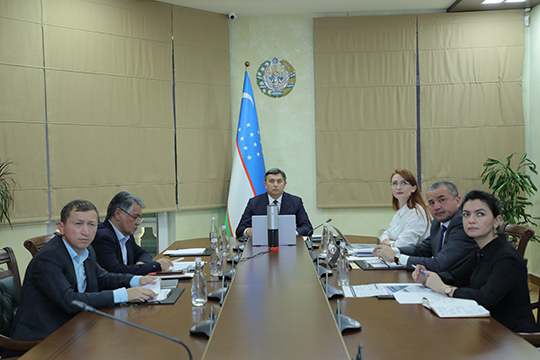 “Pandemic has taken a heavy toll across the world of work, social welfare and economic growth across the globe, including in Europe and Central Asia. Most European countries are in recession – probably the worst one since the oil crisis in the 70s. Workplace closures have caused serious disruptions on the labour markets”, said Heinz Koller, ILO Assistant Director General, Regional Director for Europe and Central Asia. “However, the Government and social partners have made major efforts to put in place a range of economic and social measures to curb the negative trend. Beginning of September, the Government adopted another package of measures devoted to accelerate economic recovery in 2020-2021 – in particular in supporting key economic sectors.”

Erkin Mukhitdinov, First Deputy Minister of Employment and Labour Relations of the Republic of Uzbekistan, described in detail the steps and measures targeted at stabilization of the labour market situation and population support. The measures included support of entrepreneurs, access to professional training and re-training, strengthening the role of labour inspection, ensuring safe and fair working conditions, eased access to unemployment benefits, with particular attention to informally employed and migrant workers. The overall support reached over 820 thousand citizens.

Olga Koulaeva, Director, ILO Decent Work Technical Support Team and Country Office for Eastern Europe and Central Asia, in her speech noted that the country has followed one of the key ILO recommendations to combat the crisis – social dialogue as a basis for development of comprehensive measures. Involvement of representative and workers and employers organizations in development and implementation of political decisions are key to successful application of measures.

The joint work of Uzbekistan and ILO will continue in the future through the new Decent Work Country Programme, which is being developed now. The ILO will continue to support the country in its efforts of combating the pandemic consequences, and other initiatives in the world of work.

The event was conducted in the framework of the Support to DWCP of Uzbekistan implementation project, funded by the US Department of Labour.