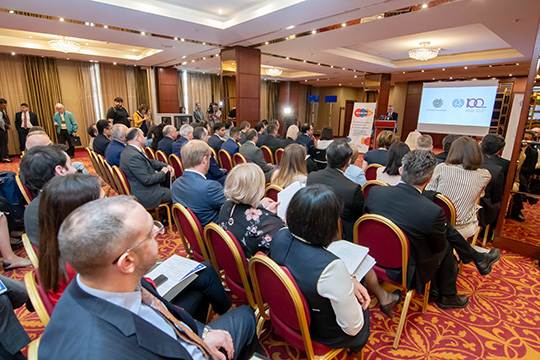 YEREVAN (ILO News) – Welcoming the attendees and congratulating the International Labour Organization on its centenary, Tigran Avinyan, Deputy Prime Minister of the Republic of Armenia, called Work Armenia “an important step towards ensuring inclusive economic development and continuous improvement of quality of life of people through the work and professional self-realization.”

Based on this vision, the programme has been built on three pillars: human capital development, employment promotion and institutional reform. For each of these pillars the government will implement measurable and targeted policies.

Heinz Koller, Assistant Director-General of the International Labour Organization (ILO), Regional Director for Europe and Central Asia, noted that the new initiative is a “clear demonstration of  the Government’s commitment to lay a solid fundament for a better future for Armenian people, in a spirit of the Velvet Revolution of 2018, through modernization, digitalization and strengthening of public institutions.” 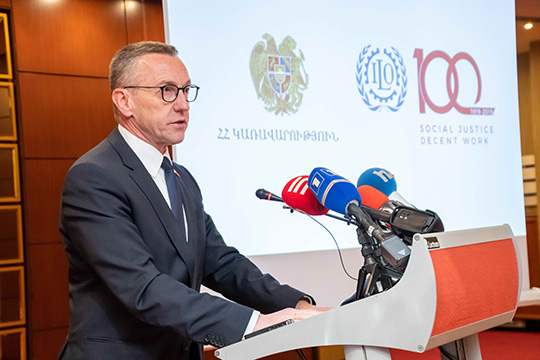 Heinz Koller stressed interlinkage between the Work Armenia Initiative and the Decent Work Country Programme that had been just signed by Armenia and the ILO. He named decent work as one of the synergies to be explored:  decent work  is at the heart of the United Nations 2030 SDGs Agenda, in implementation of which the ILO is successfully partnering with UN agencies and other international players.

“In the ILO which celebrates its Centenary this year, we are pleased to welcome this Initiative and offer our support to its implementation, based on our comprehensive system of international labour standards, policy instruments, research capacity and development cooperation mechanism, in collaboration with the Government, social partners, international actors committed to give a hand to Armenia in this promising, although challenging transition period,” Koller said.
Olga Koulaeva, Director of the ILO Country Office for Eastern Europe and Central Asia, spoke about the   ILO Centenary and the Organization’s  strategic priorities in the subregion. 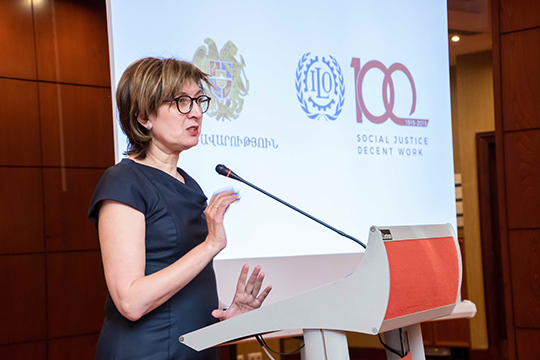 As part of the event, speeches were also delivered by Minister of Labour and Social Affairs Zaruhi Batoyan, Minister of Economic Development and Investments Tigran Khachatryan, Deputy Minister of Education and Science Arevik Anapiosyan.