GENEVA (ILO News) – As part of an initiative to test workers and their families for HIV, the ILO is reaching out to workers in sectors as diverse as beauty salons, farming, trucking, mining, and entertainment, as well as the informal sector, in 18 countries ranging from Ukraine to Uganda.


Men have not been reached effectively in the AIDS response. VCT@WORK is an important step to change that: under this programme, nearly 70 per cent of men took the HIV test – compared to 30 per cent of women. This clearly shows that the workplace is key to effectively expanding HIV services to those who are not adequately covered."

The ILO is working with a wide range of partners, including governments, trade unions and employers to carry out the highly successful VCT@WORK (voluntary counselling and testing at work) initiative, which is seen as an important part of global efforts to reduce gaps in HIV testing and treatment for meeting the goal of ending AIDS by 2030.

Since the initiative was launched in 2013 – by the ILO, UNAIDS, the International Organization of Employers (IOE) and the International Trade Unions Confederation (ITUC) – over 4.1 million workers and family members were counselled and took the HIV test. Over 103,000 who tested positive were referred to access antiretroviral treatment.

One of the lead companies engaged in the initiative is Coal India Limited (CIL), the largest public sector coal company in India, with 314,000 employees and a large number of contractual workers. A total of 29,580 employees and their dependants accessed HIV counselling and testing. All 141 who tested positive for HIV have been put on anti-retroviral treatment by the company.


The VCT@WORK initiative is a great innovation to reach people with HIV services at work, widening access to HIV testing for people at a time and place convenient for them."

Public Private Partnerships were effectively used to promote VCT@WORK. In Indonesia, for example, a partnership was established between the ILO and Pertamina, one of the biggest state-owned enterprises. Pertamina developed a workplace policy to ensure a non-discriminatory working environment for persons living with HIV and initiated HIV information, counselling and testing for workers in all its worksites across the country. In the Russian Federation, the ILO partnered with the biggest Russian mining company, the Siberian Coal Energy Company (SUEK) and the territorial AIDS centres. The ILO undertook advocacy and provided awareness raising activities, and the company implemented the programme in all eight locations, reaching out to workers, their families and communities.

In Kenya, the ILO and its partners provide HIV testing and counselling services to truckers in hotspots for sex workers along the northern transport corridor. The ILO has partnered with the Central Organization of Trade Unions in Kenya (COTU-K), Kenya Long Distance Truck Drivers', Allied Workers' Union/Highway Community Health Resource Centre and Swedish Workplace HIV/AIDS Programme. 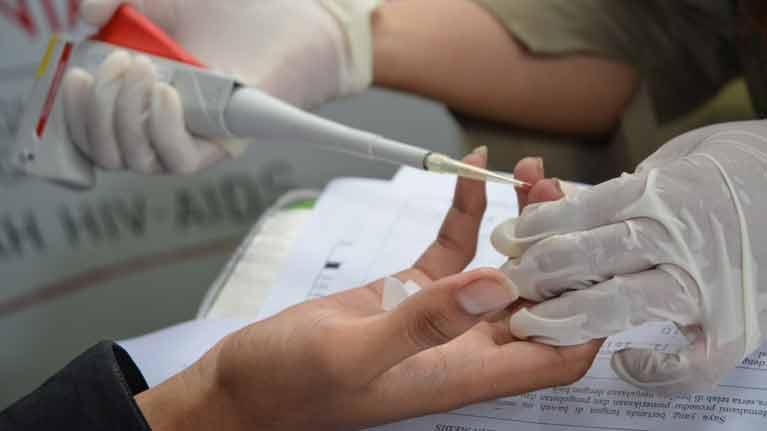 More than 4.1 million tested for HIV under VCT@WORK initiative