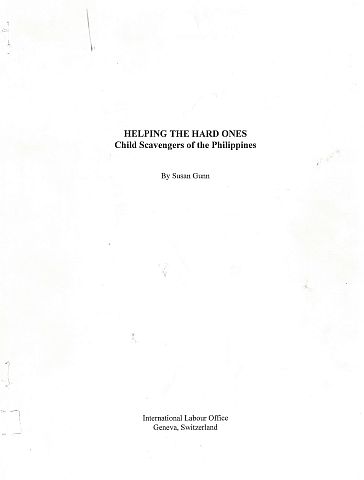 Download:
The case study covers the period 1989 to 1992. It describes, chronologically, the trial-and-error process of learning about child scavengers and of developing the project. It points out the major benchmarks along the way, identifying each as to whether the activity was primarily one of "research" or "action" in order to show how data-gathering was built into the project and how findings of the various studies that were undertaken under project auspices influenced decisions about the course of the project and the eventual design of the model.