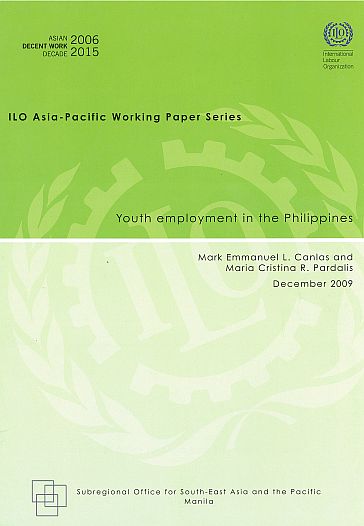 Download:
The authors identify both the magnitude of the problem noting that the youth comprise nearly two-thirds of the unemployed and represent a vast underutilized resource. The authors bring forth arguments as to why youth unemployment needs to be prioritized by governments since failure to create work for the youth, either as wage-earners or as micro-entrepreneurs not only squanders the resource of the country but leads to long-term structural problems for both the country as a whole and for individual families who are unable to escape the poverty trap.

Using data over the period 1988 to 2006, the authors then proceeds to dissect the unemployment demographic by location, education, occupational group, and economic class. The so-called job/skills mismatch is examined and concludes that increased investment in education and training has not necessarily led to increase in employability. Lack of information in many instances has resulted in poor choices.

Promoting Youth Employment in the Philippines (PYEP)
Skip to top