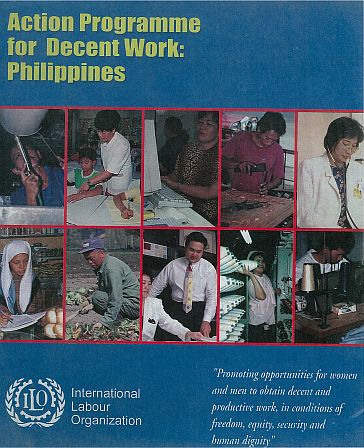 Employers' and workers’ organizations in the Philippines have used the decent work agenda in their advocacy and work. In support of the efforts of constituents to address Decent Work deficits, the Philippines’ National Action Plan for Decent Work was launched in May 2002. The plan, developed through dialogue with government and representatives of employers and workers organizations, described the framework in which ILO assistance would be provided. The Action Plan underwent revision in April 2002.