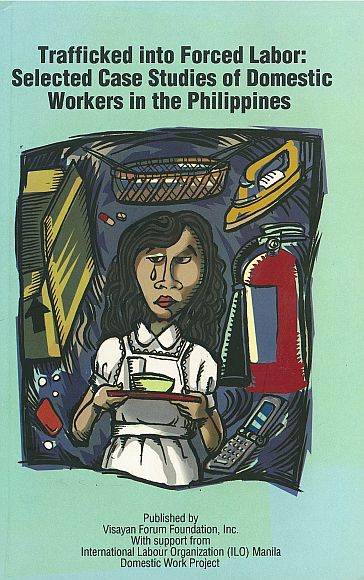 Download:
In the Philippines, there are few data that show the link between trafficking and forced labour. Or at least, it is safe to say that few information on trafficking has been studied from the context of forced labour, or vice versa. One such least-studied exploited groups are domestic workers.

The increasing global concern on the problem of trafficking in persons for the broad purpose of exploiting victims into forced labour continues to challenge many stakeholders until today. While there are existing international standards on trafficking which have gained massive national attention and actions that have brought significant impact in the ground, there is still a huge gap between trafficking and the understanding of the many modern faces of forced labour.