How does it feel to be completely submerged in muddy water, virtually blind and deaf, with only a hose for air as a lifeline? Atom finds out as he tries his hand at compressor diving in Paracale, Camarines Norte.

Here, Atom meets 15-year-old “Pancho”, the youngest compressor diver in their barangay. He braves diving into 40 feet of mud to collect soil for the chance of finding gold. As the pandemic spread throughout the country, many children just like “Pancho” opted to use their time to find work and earn a few pesos to help their family survive.

In Cordillera, which reportedly has the lowest cases of child labour in the country, Atom discovers why the numbers in the province are so low. He meets Yeseleen, one of only two child labour profilers in the entire province. Atom accompanies Yeseleen as she makes her journey through the mountains of Kalinga to find siblings engaged in hard labour.

But one doesn't need to travel far to find children at work. In Pasay, Atom meets Joshua--a bread winner of his family at the age of 12. Joshua is part of the “lockdown generation” as he finds himself 'stranded' in Metro Manila while his ailing father is left behind in Cavite. Here in Manila, he rides his bike to sell snacks to his neighbours so that he can bring home earnings to his family.

In June 2021, the International Labour Organization (ILO) and UNICEF released new findings that after a two-decade decline, child labour cases have once again risen all over the world. Atom tries to find out if this is true here in the Philippines. As the pandemic continues, he meets children who put their lives at stake to help their family survive. 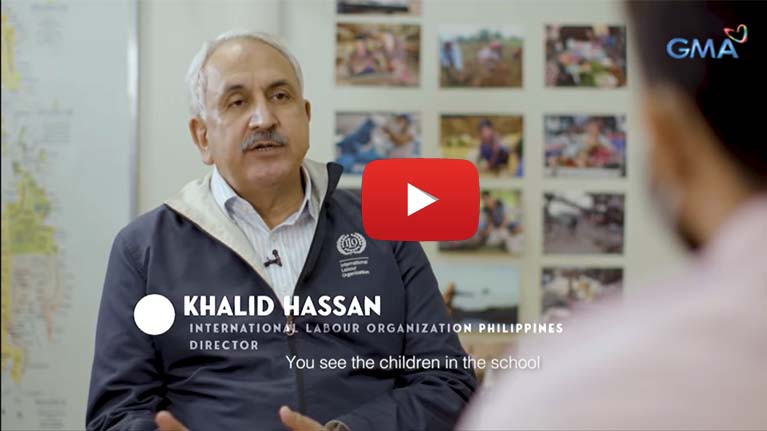