MANILA – Social protection can play an important role in building resilience to natural disasters, according to experts gathered at an International Labour Organization (ILO) and Association of South-East Asian Nations (ASEAN) seminar taking place in Manila.

The three day “Seminar on the potential of social protection to build disasters’ resilience” is being held from 22-24 November in the presence of Undersecretary Ciriaco Lagunzad of the Department of Labor and Employment (DOLE), Mr Hiroyuki Enoki, Labour Attache and First Secretary of the Embassy of Japan in the Philippines, Mr Khalid Hassan, Director of the ILO Country Office for the Philippines, Undersecretary Florita Villar of the Department of Social Welfare and Development (DSWD), and Mr Edwin Salonga of the National Disaster Risk Reduction and Management (NDRRMC).

Officials from the ASEAN governments, unions’ and employers’ representatives, UNICEF, UNISDR and other UN agencies, will adopt strategies and concrete actions to better link social protection with disaster management.

“Disasters are not inevitable; capacity of the population to prepare and respond to hazards decides whether it will turn into a disaster or not. In this sense, linking better social protection and disaster risk management will contribute significantly to mitigate the social and economic impact of natural hazards”, said Khalid Hassan, Director of the ILO Country Office for the Philippines.

The ASEAN region is located in one of the most disaster-prone areas of the world, exposed to almost all types of hazards including typhoons, earthquakes, tsunamis, floods, volcanic eruptions, landslides, forest-fires, and droughts. According to UNISDR, the UN agency in-charge of monitoring disasters, between 2000 and 2015, 777 natural events hit the South-East Asia region, causing the deaths of over 360,000 people, and affecting 236 million people. In 2013, the region had the highest number of disaster victims relative to its population size and the highest impact on its economies.

Moving away from purely humanitarian relief, disaster management nowadays intends to contribute to sustainable development and poverty eradication, as confirmed by the Sendai Framework for Disaster Risk Reduction (2015–2030) adopted by all United Nations. The ASEAN Agreement on Disaster Management and Emergency Relief and its Work Programme, renewed last April for five years, echo the principles and objectives of the Sendai Framework. For ASEAN member States too, strengthening social protection is a priority for better managing and building resilience to disasters. Such priority is also part of the ASEAN Declaration on Strengthening Social Protection that confirms the commitment of each ASEAN member States to extend social protection to everyone.

Natural disasters affect more the poorer countries and populations, because of their fewer resources and assets for coping and rebounding. However, disasters hit people of all economic levels and may push the previously non-poor into poverty. This is why social protection can play a crucial role in times of natural disasters.

Social protection programmes, such as cash transfers, reduce poverty and vulnerabilities to income shocks; and contributes to build human capital and diversify assets and sources of incomes. Social protection also creates an insurance among the members of a society to support those not able to continue working in period of disasters.

Social protection, through public work programmes for environment conservation and infrastructure development for example, help reconstructing and building resilience to natural disasters. The conditions for successful disasters-responsive social protection is the establishment of those programmes prior to disasters, with adequate resources and certain flexibility in their implementation, for instance with the qualifying conditions.
The meeting is organized with sponsorship from the ILO/Japan – ASEAN Project on promoting and building social protection in ASEAN.

More information on the seminar can be found at the ILO-ASEAN Seminar on the potential of social protection to build resilience to disasters. 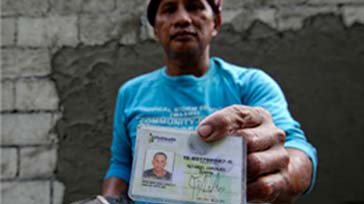