A lot of teasing and questioning goes when Zai entered a profession seen as a man’s world. Walking into her welding class with five women out of 45 students was intimidating. Yet, Zai knows she has to prove herself and to help her parents being the youngest among 10 siblings.

After her scholarship, Zai worked in various companies in Batangas, Philippines. The 23-year old welder felt it was worth it as she earned Php 450 (US$ 9) daily for each welding job. Zai, however faced serious risks and dangers in the course of doing her job. She suffered from electrical shocks and burns.

“Being a welder is tough. Women can do what men can do, but what matters is that I go home safe and alive for my family. Most of the young people I know just think of earning and buying the latest fashion. We often take dangerous shortcuts to make easy money,” Zai shares.

Risky behaviours are most common among young workers based on the assessment of the ILO’s SafeYouth@Work, a project funded by the United States Department of Labor (USDOL). Findings further revealed that young workers believe that complying with OSH rules takes too much time, and that accidents only happen to unlucky people

“Working under pressure, taking shortcuts, and working while ill or under the influence of alcohol happen at least sometimes according to young workers. A concerted effort to confront and challenge these beliefs is likely to reduce the prevalence of these risky behaviours,” Wayne Bacale, ILO Monitoring and Evaluation Officer explains.

Zai is among the young workers who gained capacity on designing and implementing training programmes on OSH under the SafeYouth@Work Project. She has designed a training programme that she will implement in her association, in barangays (local village) and in primary schools. Zai is a member of the Association of Pinay Technical Skilled Workers, along with over 500 women. The association is part of the Alliance of Workers in the Informal Economy/Sector (ALLWIES), which promotes safety and health at work in the informal economy and among young people. 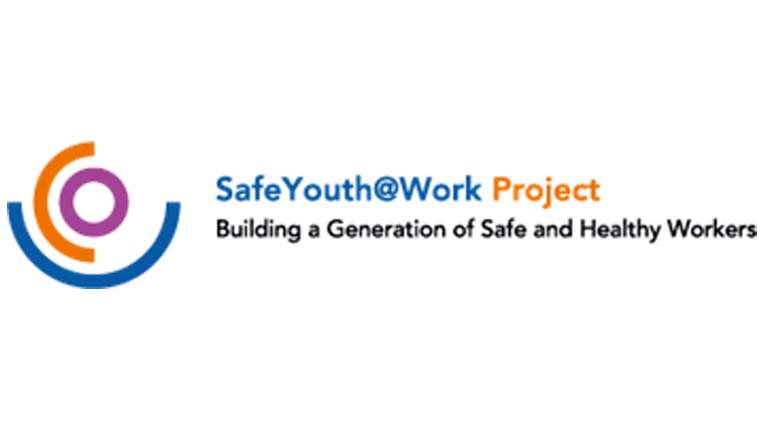 Building a Generation of Safe and Healthy Workers
Skip to top