The project was implemented within the framework of an integrated approach towards community-driven participatory development (CPDP) assistance to IPs in the Philippines. The project area covers two Certificate of Ancestral Domain Claim (CSDC) areas of the T’boli and Ubo tribes in Lake Sebu.

Implementation plan for the project has three phases that correspond to three years. Year 1 focused on capacity building for IPs related to the following objectives:

a) to recognize and understand their fundamental rights and be able to assert and protect them;

b) the income and employment objectives, particularly in relation with the formulation of Ancestral Domain Sustainable Development and Protection Plan (ADSDPP) which is provided for in the Indigenous Peoples’ Rights Act of 1997 (IPRA). The ADSDPP serves as the basis for IP communities to assert their right to realize their development aspirations. ADSDPP formulation was based on a community-driven participatory social, institutional, demographic, economic, cultural and biophysical survey of the ancestral domain, adopting the spirit and intent of the IPRA; and

c) sustainable mechanism for promoting social dialogue in relation to the establishment of a federation and accompanying barangay or village-level consultation mechanisms covering the areas of the two ancestral domains.

By the end of 2007, the following outputs and activities were accomplished:

a) IP community facilitators and ad hoc members trained and capacitated to recognize and understand their fundamental rights. They were also trained as trainers to re-echo the IP rights in their respective communities (12 per cent of total 122 participants to the two IP rights trainings were women).

b) Community-based IP organizations formed in 18 barangays with identified leaders (one woman leader was selected as President of one out of 18 community organizations set-up).

c) Community Rights Protection and Communications Plan (CRPP/CRCP) developed to guide the IPs in the promotion and orientation rights in their respective communities.

e) ADSDPP for FELSTAD and SAKUF formulated by the IPs in Lake Sebu and launched in November 2007. ADSDPP included a community-driven participatory social, institutional, demographic, economic, cultural and biophysical survey of the ancestral domain. 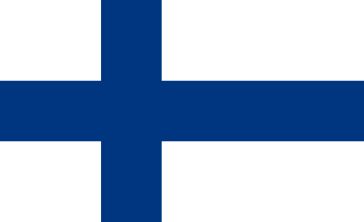