Bogotá - For José Contreras, HR Director of the coffee concern, Agrosura represents the future: an example of what the coffee sector in the country is destined to achieve. But how does this industry work, one that trades in one of the star products of the Colombian economy since the second half of the 19th century?

When Agrosura arrived in Salgar, a municipality of just over 15,000 people located in southwestern Antioquia, the company found that the biggest challenges were not the quality of the terrain, the operation or the machinery. Rather, the most difficult task was to combat a labor culture that had become ingrained in the region over decades. It is worth noting that this municipality is a ZOMAC, i.e., an Area Most Affected by the Armed Conflict (per its Spanish acronym), according to the National Planning Department.

To come in with an idea opposed to the coffee traditions rooted in the land and in the people who work on it was not an easy task. In the words of Boris Wullner, General Manager of Agrosura, "the coffee sector offers many opportunities for strengthening best practices through different approaches. At Agrosura, we are committed to ensuring decent and properly remunerated work that generates sustainable value to our stakeholders and to our product. We seek to ensure that our employees have all the rights and guarantees provided by law, as we look for ways to improve the social and economic well-being of the region".

Well, the testimonies and stories from the region were enough to understand that trust was fragmented and it was necessary to establish bridges of communication. According to Óscar Andrés Cardona, Executive Director of Partnerships for Development and ILO SCORE Expert Trainer, Agrosura arrived with a determination to be sustainable. However, employment practices, farming methods, and relations with the community were anything but.

Once the SCORE Training came into the picture, several areas for improvement were identified. Risky occupational health and safety practices were identified that had become normalized in the coffee culture. For example, under Colombian law, no one should be required to carry loads over their shoulder, but rather at belly level, and never in excess of 25 kilos. However, a cotero (carrier) in Salgar would carry between 70 and 90 kilos on his shoulder per trip. To try and change this type of pattern dynamics was not an easy task.

For Cardona, the outcomes are fivefold: First, improved communication within the company, starting from management on down to the area leaders and their individual areas, with the creation of primary committees, for example, helps to create bridges of communication that intertwine the entire company structure and eliminate the feeling of individuality, while strengthening work ties.

Second, all personnel were trained in occupational health and safety. The training focused on the recognition of hazards and risks, i.e., educating people to understand and gauge the importance of gloves, protection, ergonomics, posture and manual handling of loads. They also received training in good practices in road safety. Another aspect of the training was performance evaluations, which took into account safe practices among the workers.

The third result focused on strengthening the training methodology. It was not easy to get a community made up of a significant percentage of andariegos (migrant coffee pickers) to set aside two hours of time for a training session. It should be mentioned here that coffee pickers do not hold an official certification, meaning that the 350 people who work in this trade for Agrosura during the harvest season do not receive constant training. This posed a pedagogical challenge that involved the development of appealing teaching methods that could be adapted to the context.

The fourth outcome has to do with the 5S methodology - so named because, in Japanese, its five stages begin with an "s". This methodology improves organization, arrangement of space and discipline with regard to cleanliness and orderliness. Work on this aspect began with the adaptation of workspaces to substantially improve the tidiness and cleanliness at Agrosura.

The fifth aspect is the progress made by the company with respect to the measurement of minimum standards for safety and health in the workplace. Agrosura went from 54% compliance (considered critical) to 61.5% (considered acceptable) in a few months. This is the most important outcome achieved by Agrosura from the SCORE implementation process.

For John Karakatsianis, CEO of Karakatsianis & Llamas, who has been present throughout the Agrosura process, "in countries like ours, with harsh experiences in terms of rights violations, the decent work generated by sustainable companies that protect these practices in their supply chain, is the answer to achieving social justice and the Nation's commitments to the SDGs".


For more information on the SCORE Training, visit the following links: 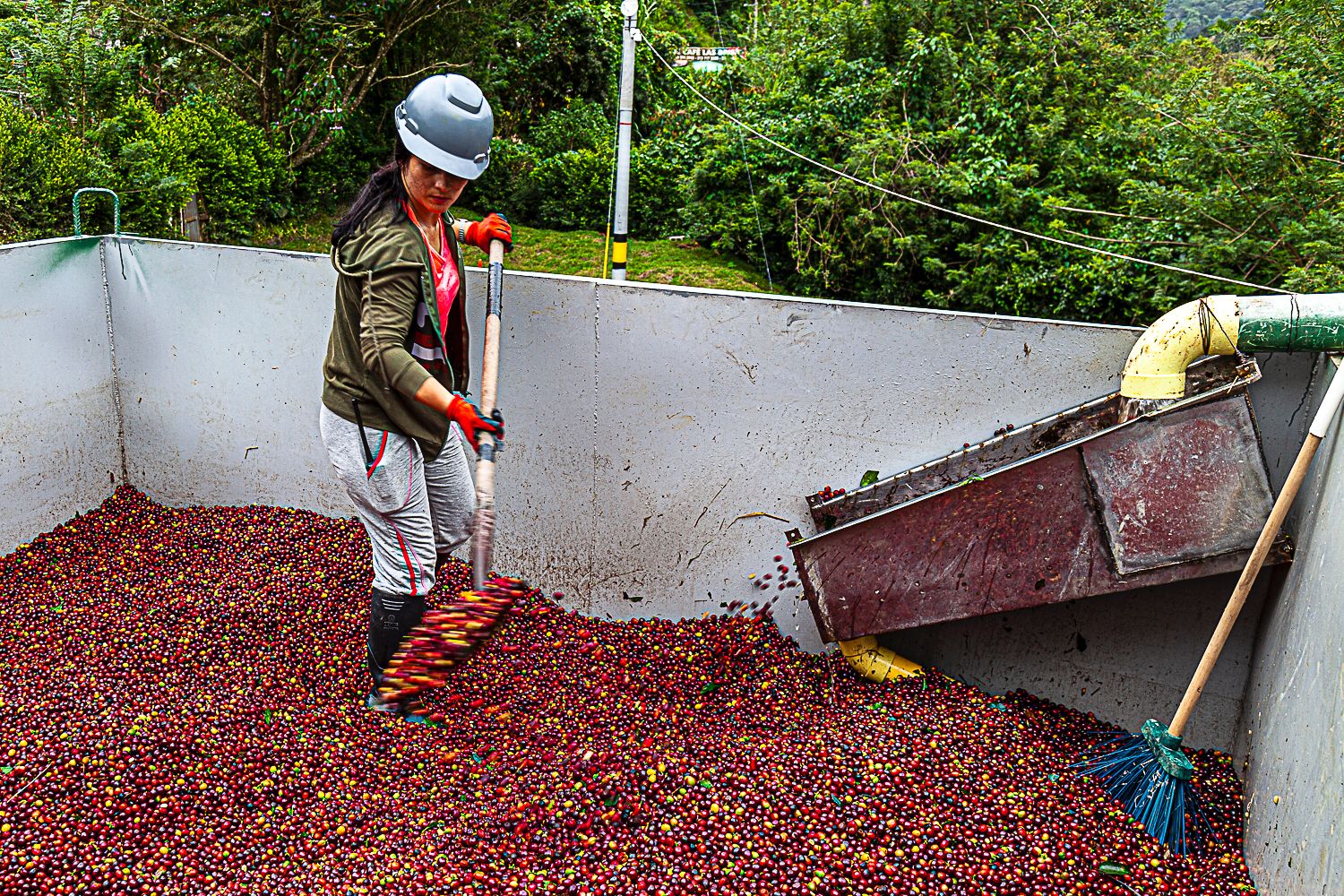