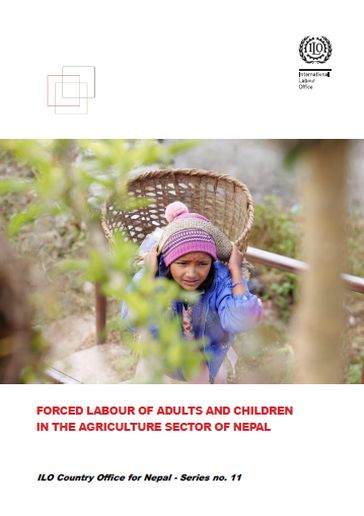 Download:
This report on “Forced Labour of Adults and Children in the Agricultural Sector in Nepal” presents the results of a survey carried out by a team of experts affiliated to the Central Department of Population Studies (CDPS), Tribhuvan University, Kathmandu between April and December, 2009. The survey was designed and implemented with the technical and financial support of the International Labour Organization (ILO) and was one of a series of ten national studies conducted around the world, to measure the incidence of forced labour. The survey was carried out in two phases. In the first phase, qualitative data were collected to build an understanding of the forced and bonded labour systems under investigation, and to enable the design of survey instruments to collect quantitative data in the second phase. The survey aimed to estimate the number of adults and children in forced labour, especially among those working in the Haruwa-Charuwa and Haliya systems prevalent in Nepal.