Objectives of Project Orientation Meeting are to:

The huge human suffering and the social and economic costs of occupational accidents and diseases affecting Indonesia should mobilize stakeholders to undertake more determined policies and actions to improve OSH, particularly for young workers. Although ILO International Labour Standards and the national legislation of Indonesia place responsibilities on different stakeholders to tackle this problem, progress has been limited, especially for vulnerable workers including young workers. Improving national OSH systems with a focus on youth vulnerability needs to be prioritized to drive renewed progress.

In pursuit of a safe and healthy working environment for all workers including young workers, each country has to develop an effective national OSH system as a collaborative effort of the government and social partners. Such a system should consist of various elements including legislation and compliance mechanisms as well as a training and information network. The system needs to be continuously improved through the formulation and implementation of a national OSH programme (medium-term programme of strategies and activities aiming at improving the OSH situation) as guided by the Promotional Framework for Occupational Safety and Health Convention (No. 187) and Recommendation (No. 197), adopted by the ILO in 2006. Indonesia needs to adopt this strategic approach to OSH, showing significant progress in the way that they manage the OSH at the national level.

On 27 April 2018, in front of members of National OSH Council (DK3N), four Youth Champions expressed their willingness to take part more seriously in issue of OSH. In response, the DK3N decided to establish a young workers’ task force so that youth have a voice in national OSH policy deliberations. This is good first step to involve young workers in improving OSH in Indonesia.

The Government of Indonesia has issued Ministerial Decree of Manpower No. 18 Year 2016 Regarding National OSH Council and Letter of Decree of Minister of Manpower No. 322 Year 2017 Concerning Members of DK3N 2017 – 2021. Those regulations mandated DK3N to socialize OSH more broadly to the community. This reflects the national policy commitment to promote OSH and the culture of workplace prevention, and reduce the number of occupational accidents and diseases.

DK3N has recently issued a Logical Framework of DK3N for 2017 – 2021 period (Annex 1). The framework clearly mentions and pays more attention on young workers. Since DK3N organizational structure is newly established, and its policy focus on young workers aligns with that of the Project, it is important to support its efforts through organizing a project orientation meeting for the National OSH Council, focusing on young workers, intervention strategies and stakeholder roles and responsibilities.

DK3N needs to respond to this young workers protection’s issue. Based on this ILO in collaboration with DK3N organize orientation meeting on SafeYouth@Work Project.
Funding is provided by the United States Department of Labor under cooperative agreement number IL-26690-14-75-K-11.
This material does not necessarily reflect the views or policies of the United States Department of Labor, nor does mention of trade names, commercial products, or organizations imply endorsement by the United States Government. One hundred percentage of the total costs of the project or program is financed with Federal funds, for a total of 11,443,156 dollars. 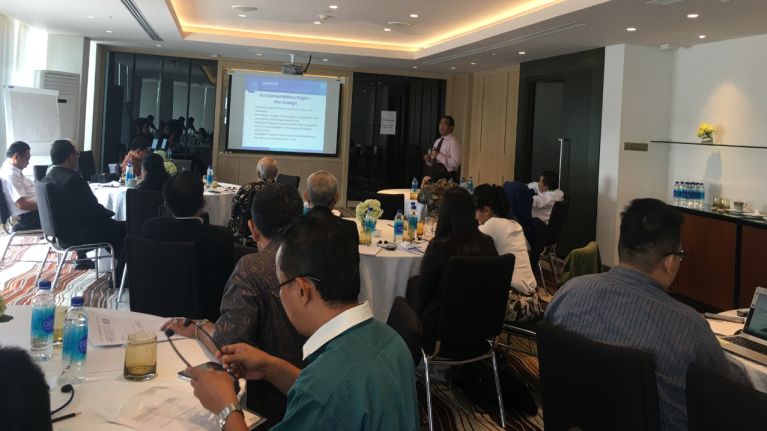 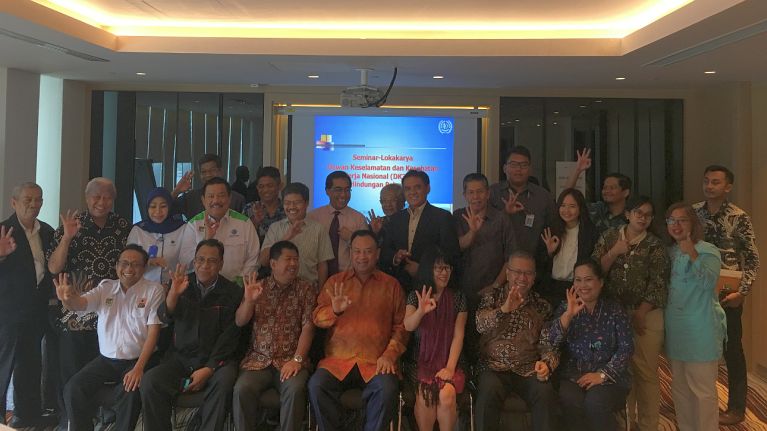