Background The development of information and communication technologies, specifically the Internet, has led to the emergence of citizen journalism which means the active role of citizens in the process of collecting, reporting, analyzing and disseminating news and information. All citizens create and distribute them with the help of mobile phones, the Internet, computer and so forth. Universally accessible and globally relevant, citizen journalism helps to create a real and objective view of the world.

The ILO through its Promoting Decent Work for Domestic Workers (PROMOTE) Project, together with its key partners, has utilized the existing citizen journalism platforms to continuously promote decent work for domestic workers and the elimination of child domestic workers. Various capacity building activities, including public awareness campaign, have been conducted in four target provinces: South Sulawesi, Lampung, East Java and Greater Jakarta.

A series of citizen journalism trainings had also been conducted, in collaboration with the Alliance of Indonesian Journalist (AJI) Jakarta, for domestic workers. These trainings were aimed to build the capacities of domestic workers to tell their own struggles and plights and voice their aspirations and hopes. To effectively outreach the larger and wider society, they have active used social media and citizen journalism platforms to tell their own stories and to make their aspirations be heard.

A variety of story angles and topics have now been raised and available online by domestic workers, ranging from their vulnerability as domestic workers, lack of access to social security, lack of access to justice, the forms of exploitations and violations of their rights. These inspiring stories are now being compiled and published as means for public campaign and as a collaborative work between the ILO-PROMOTE and its partners, JALA PRT and AJI Jakarta.

The purpose of this publication is to share the vulnerability and exploitative conditions faced by domestic workers and the struggles to advocate their rights. This compilation of these life stories is expected to be a useful reference for relevant stakeholders, including the public at large and domestic workers themselves. 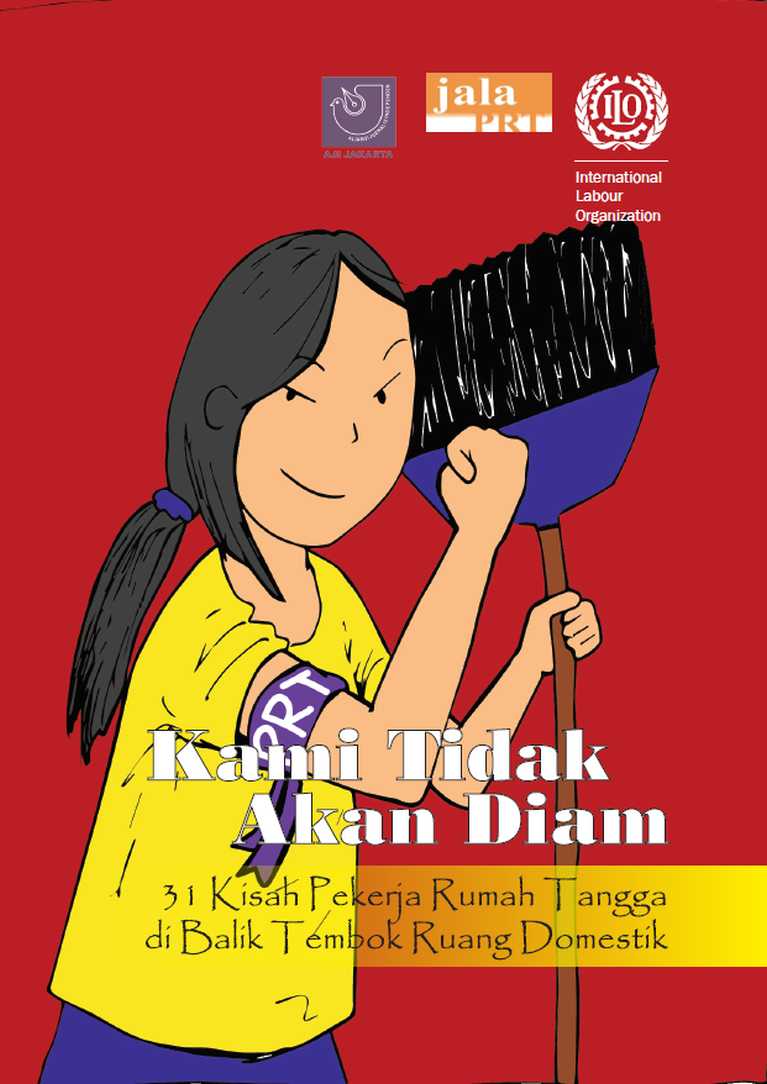 Domestic workers voice their aspirations through compilation of stories: “We will not be silent”