JAKARTA (ILO News) – In conjunction with the commemoration of the Wold Day for Safety and Health which falls on 28 April, the International Labour Organization (ILO) will conduct a series of activities that will focus on the need to improve the safety and health of young workers. In collaboration with SINDIKASI, a trade union for young media and creative workers, the ILO is going to organize an Occupational Safety and Health (OSH) Festival titled “Generation Safe and Healthy” on Saturday, 28 April, at Gedung Kerta Niaga Kota Tua, Jakarta.

This OSH Festival is part of the joint global campaign aimed to accelerate action to achieve Sustainable Development Goal (SDG) Target 8.8—promoting labour rights and promoting safe and secure working environments for all workers by 2030. Reaching this goal requires renewed commitment and integrated approaches to promote a culture of prevention on OSH, particularly for young workers.

In line with this commitment, the agenda of OSH Festival will include an interactive discussion with relevant key labour actors on how to build a safe and healthy generation, particularly in the construction sector and a dialogue between the Minister of Manpower, M. Hanif Dhakiri and Indonesian youth as well as young workers as well as a knowledge sharing session from Indonesian OSH youth champions on OSH and youth.

The OSH Festival is expected to be opened by Minister of the Public Works and Housing, Basuki Hadimuljono and will also present the OSH Specialist from ILO Geneva, Manal Azzi, who will further share global actions taken in promoting OSH implementation for young workers.

Globally, 541 million young workers (between the ages of 15 and 24) account for 15 percent of the world’s labour force. They sustain up to 40 percent more non-fatal occupational injuries than do adult workers (workers older than 24) and workplace hazards can pose a threat to their lives.

Meanwhile, Indonesia is known for its young population as half of its total population is people below 30 years old. With the shifting from agricultural sector to industrial and services sectors, one of the sectors employed a numerous number of young workers are the construction sector. However, 90 percent of those working in the construction sector are still lacking of OSH awareness and implementation with majority workplace accidents occur in this sector.

The OSH Festival is conducted by the ILO through its OSH project in Indonesia named ‘SafeYouth@Work’. Funded by the United States Department of Labour (USDOL), the project which supports the Government of Indonesia and its social partners to promote OSH for young workers, including by adapting its OSH legislation and policies to the requirements of the ILO Promotional Framework for OSH Convention (Convention No. 187) ratified by Indonesia in August 2015.

The OSH Festival is also supported by the ILO’s Youth4OSH’ project focusing on OSH and young workers in Indonesia and other countries in the region including Viet Nam, Myanmar and the Philippines. 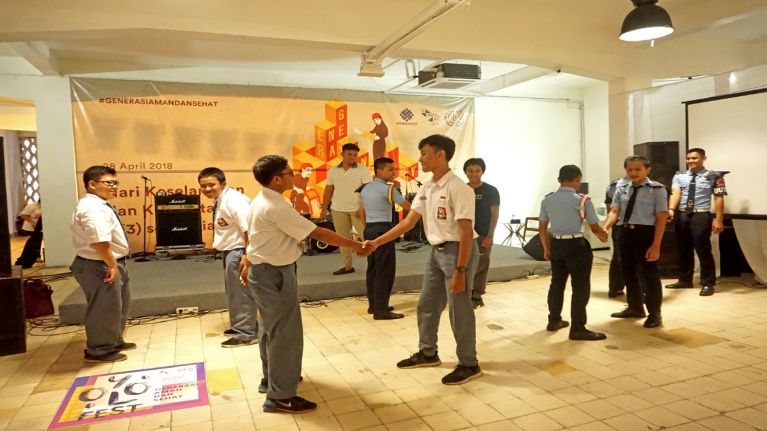 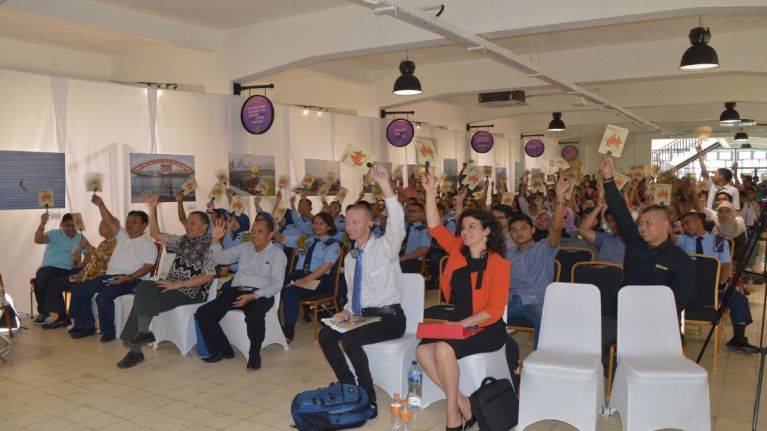 Building a safe and healthy generation of youth in Indonesia

Young people must be part of finding OSH solutions

Celebration of World Day for Safety and Health at Work 2018: “Generation Safe & Healthy in Indonesia”