LAHORE (ILO News): A two days training of trainers’ course for trade unionists on the theme Decent Work for Migrant Workers started today (3 March 2015). The training will build the capacity of 30 participants from major trade unions from all over the country and result in an action plan for trade unions on ensuring decent work for migrant workers. The training is implemented by the International Labour Organization under its EU funded South Asia Labour Migration Governance Project in collaboration with the Pakistan Workers Federation (PWF).

Mr Zahoor Awan, General Secretary – Pakistan Workers Federation in his opening speech emphasised the importance of trade unions in the protection of migrant workers. Mr Awan asked the participants to actively participate in the training as this is a golden opportunity for them to learn and improve their knowledge and skill on labour migration and how they can play their role at national and international levels and encouraged the participants to develop a two year comprehensive action plan for Pakistani trade unions. “Protection starts from home”, he said, ”so we should strongly advocate for ratification of ILO conventions on labour migration, strengthening of South Asian trade unions networks to collectively bargain for minimum wages and other labour rights for migrant workers, and deepen networks with relevant institutions in countries of destination”. ”Establishment a centre where migrant workers can seek required information is a dire need of today”, he continued. He also thanked the ILO for having developed this training course which is the first ever of its kind in Pakistan.

“Labour migration is often presented as a triple-win – a win for destination countries that can enjoy a level of economic activity that would be impossible without foreign labour; a win for countries of origin because it reduces unemployment and brings in remittances and skills; and a win for migrants who can increase their income and escape poverty. Unfortunately, this triple-win does not deliver benefits equally to all three parties. Migrant workers typically are short-changed” said Programme Analyst – ILO Ms Belinda Chanda at the opening of the training.

“In the past, migrant workers were not seen as traditional trade union constituency. As a collective bargaining agent, unions have focused on the local workers. In the current international labour market scenario trade unions role in protection of migrant workers at country of origin and destination is very strongly desired. From 1971 till 2014, 7.96 million Pakistani contractual workers proceeded abroad and brought various benefits to Pakistan in terms of advance skills, knowledge, social contacts and remittances” Ms Chanda told the participants of the training. 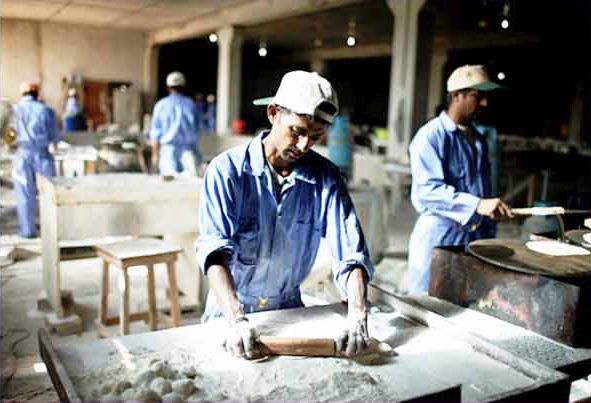 Promoting the Effective Governance of Labour Migration from South Asia through Actions on Labour Market Information, Protection during Recruitment and Employment, Skills and Development Impact
Skip to top