The 2014 edition of the Red Card to Child Labour Campaign debuted around the world inspiring people to take a stand against child labour. 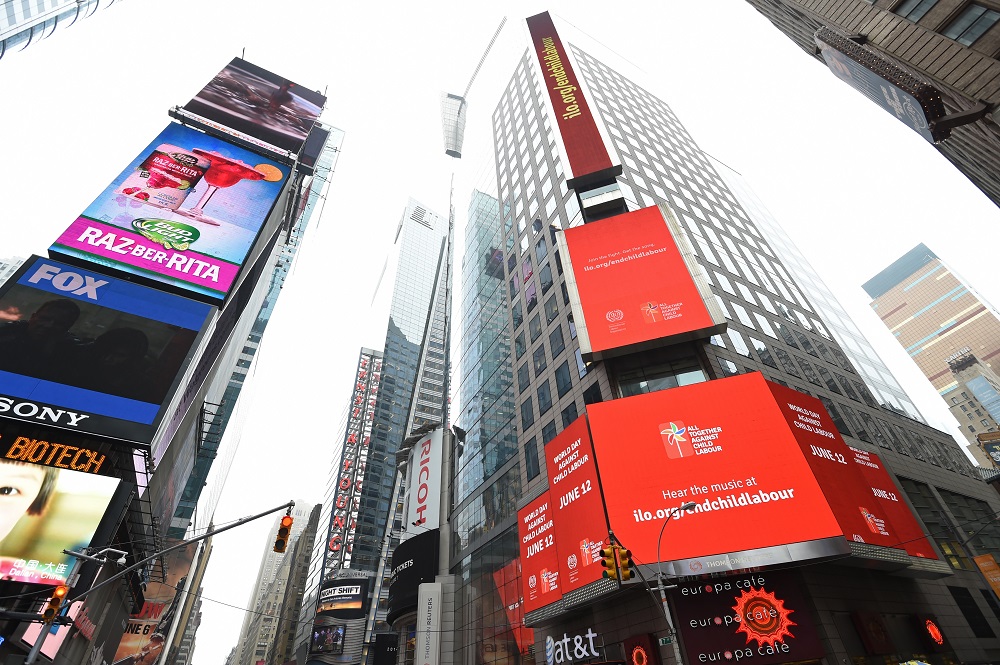 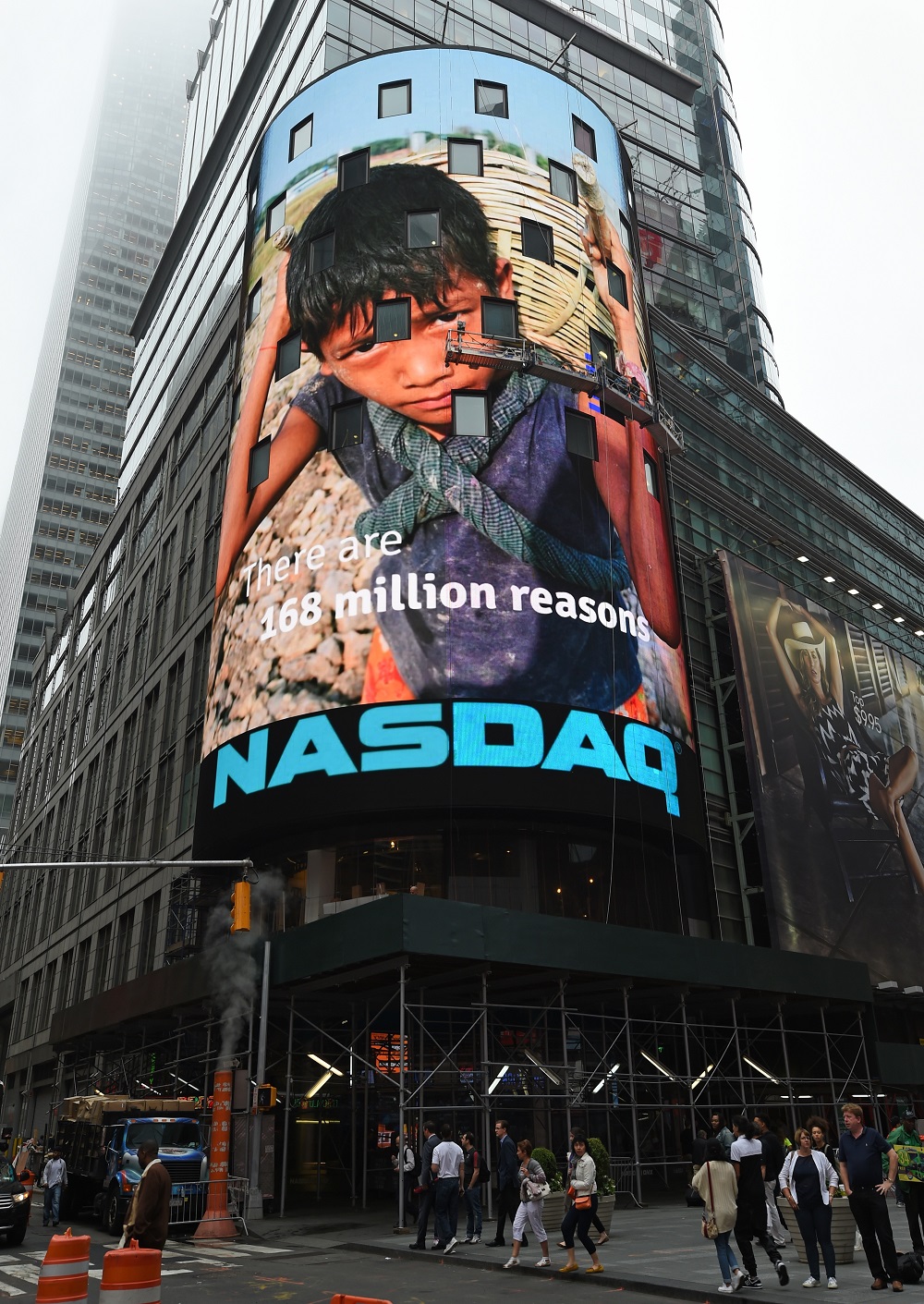 The ILO relaunched the Red Card to Child Labour Campaign in the heart of New York City in Times Square on 12 June, World Day Against Child Labour
© Catherine Lehmann 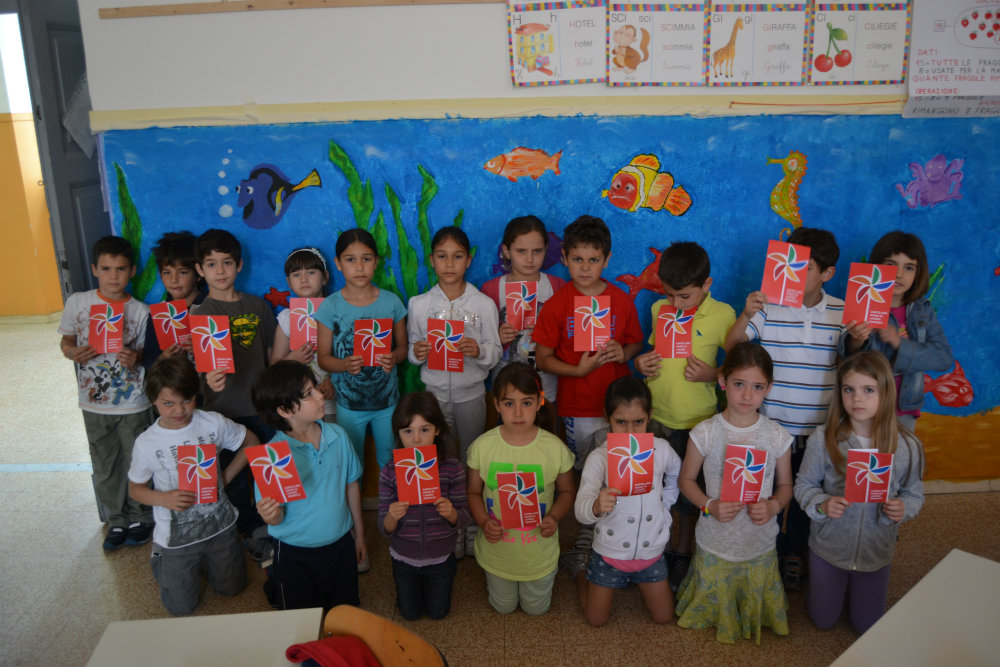 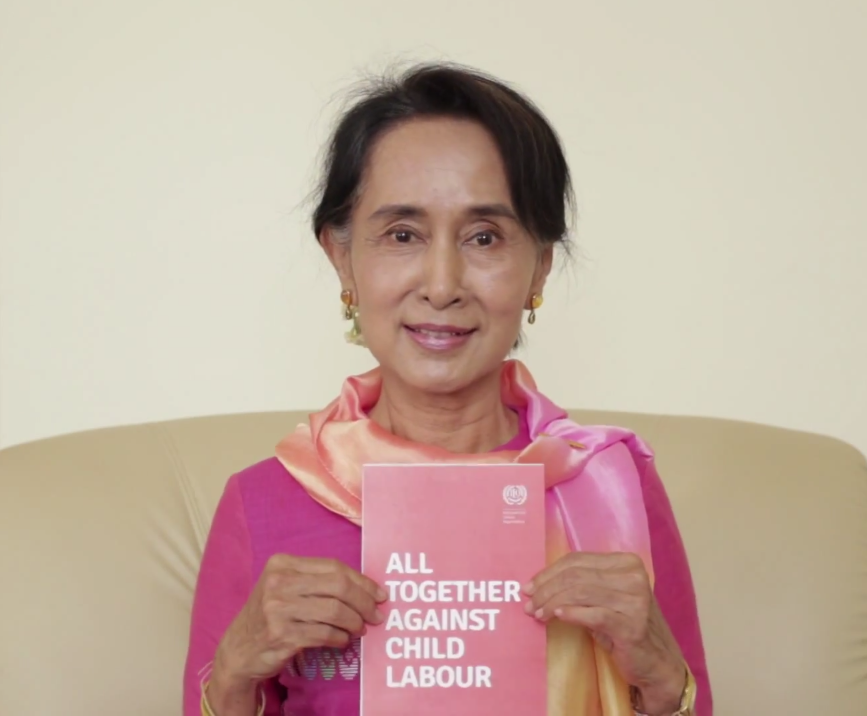 "The best way to get rid of child labour is to make it unnecessary for the security of families," said Aung San Suu Kyi. 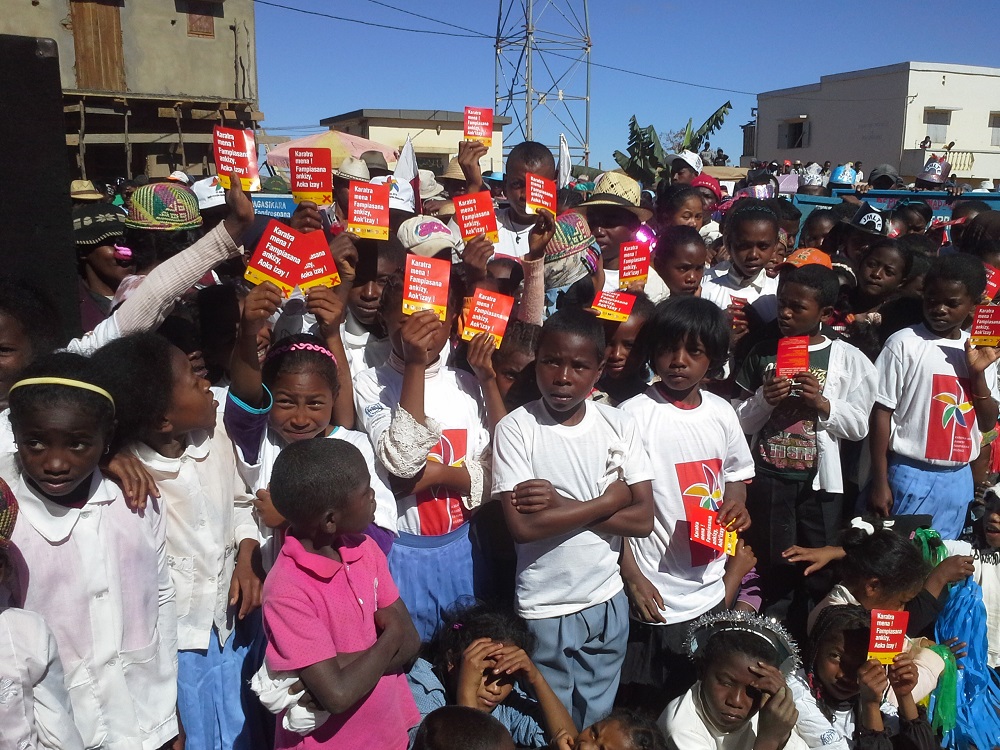 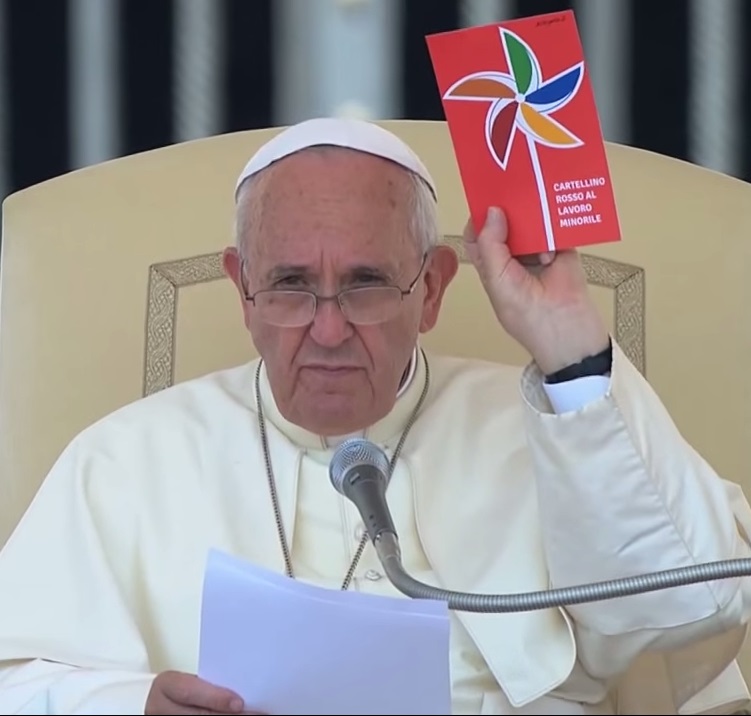 Pope Francis, holding up the Red Card to Child Labour, referred to the World Day Against Child Labour during his general audience at The Vatican, saying that “tens of millions of children are forced to work in degrading conditions, and are victims of slavery and abuse, harassment and discrimination. I truly hope that the international community will extend children's access to social protection to eradicate this curse.” 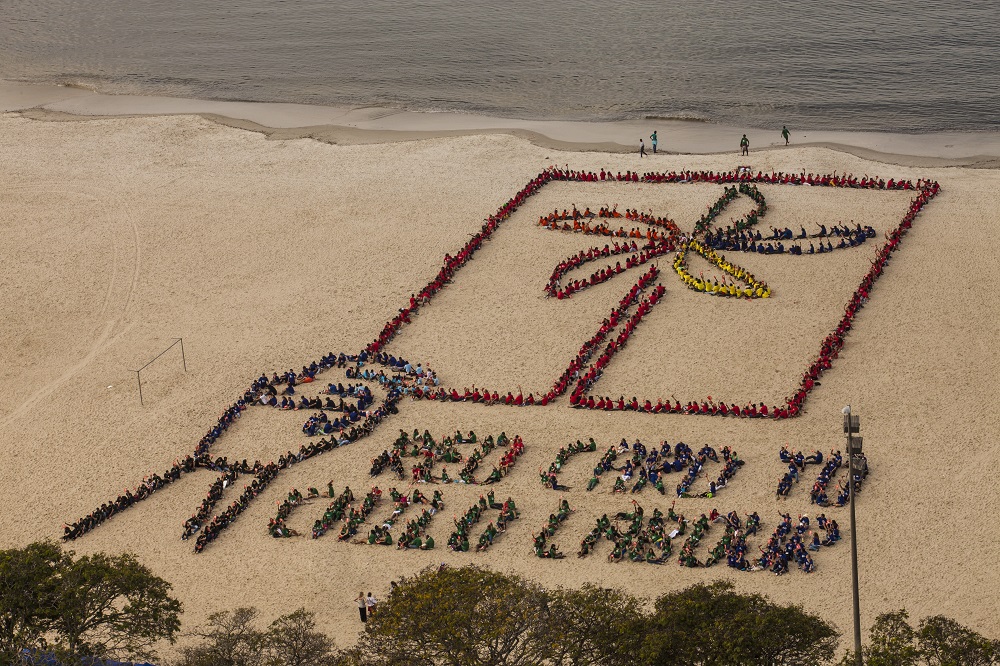 More than a thousand people came together on Botafogo Beach in Rio de Janeiro on 11 June, to form a giant Aerial Art image - designed by artist John Quigley - to raise awareness of child labour.
© Micael Hocherman 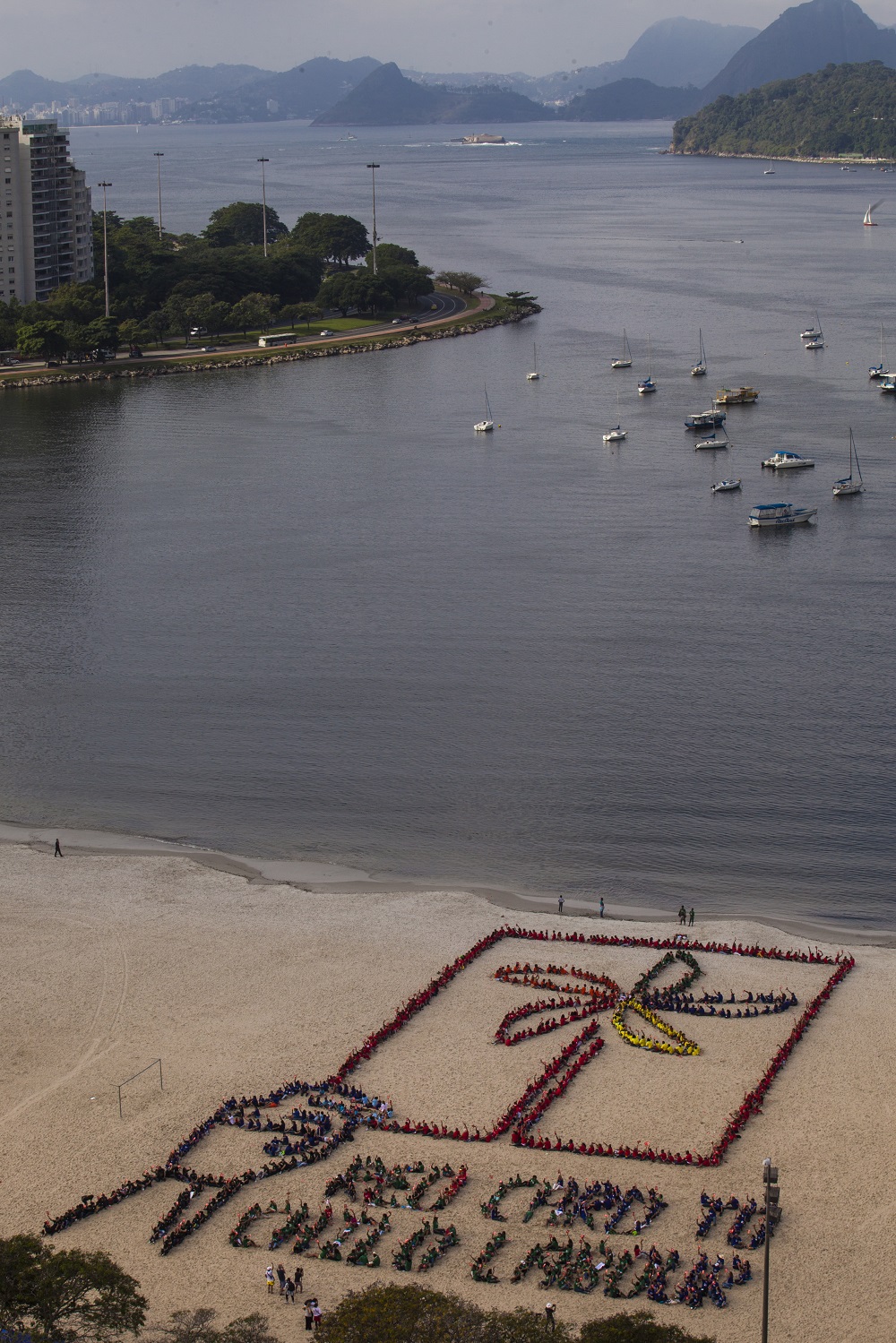 Against the backdrop of Sugar Loaf Mountain in Rio de Janeiro, the volunteers created a human pinwheel – the emblem of the ILO's  International Programme on the Elimination of Child Labour (IPEC).
© Micael Hocherman 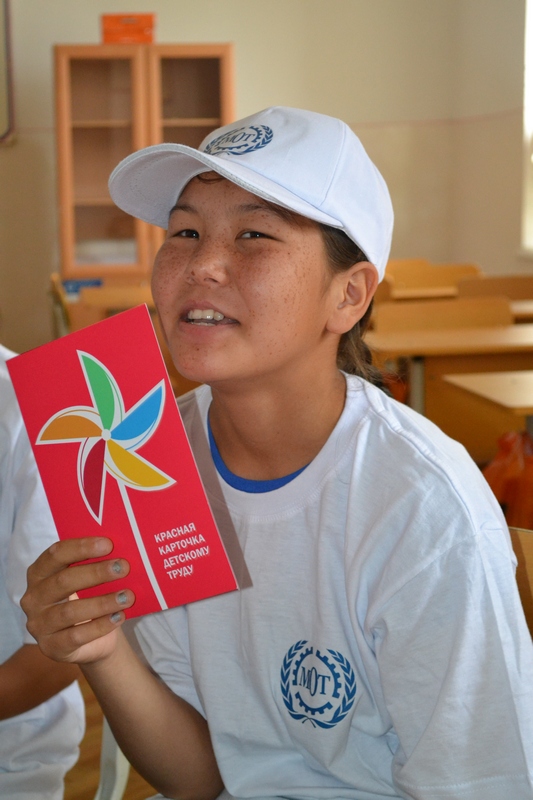 A young child held up the Red Card to Child Labour at a night school in Bishkek, Kyrgyzstan.
© Tatiana Kozachenko 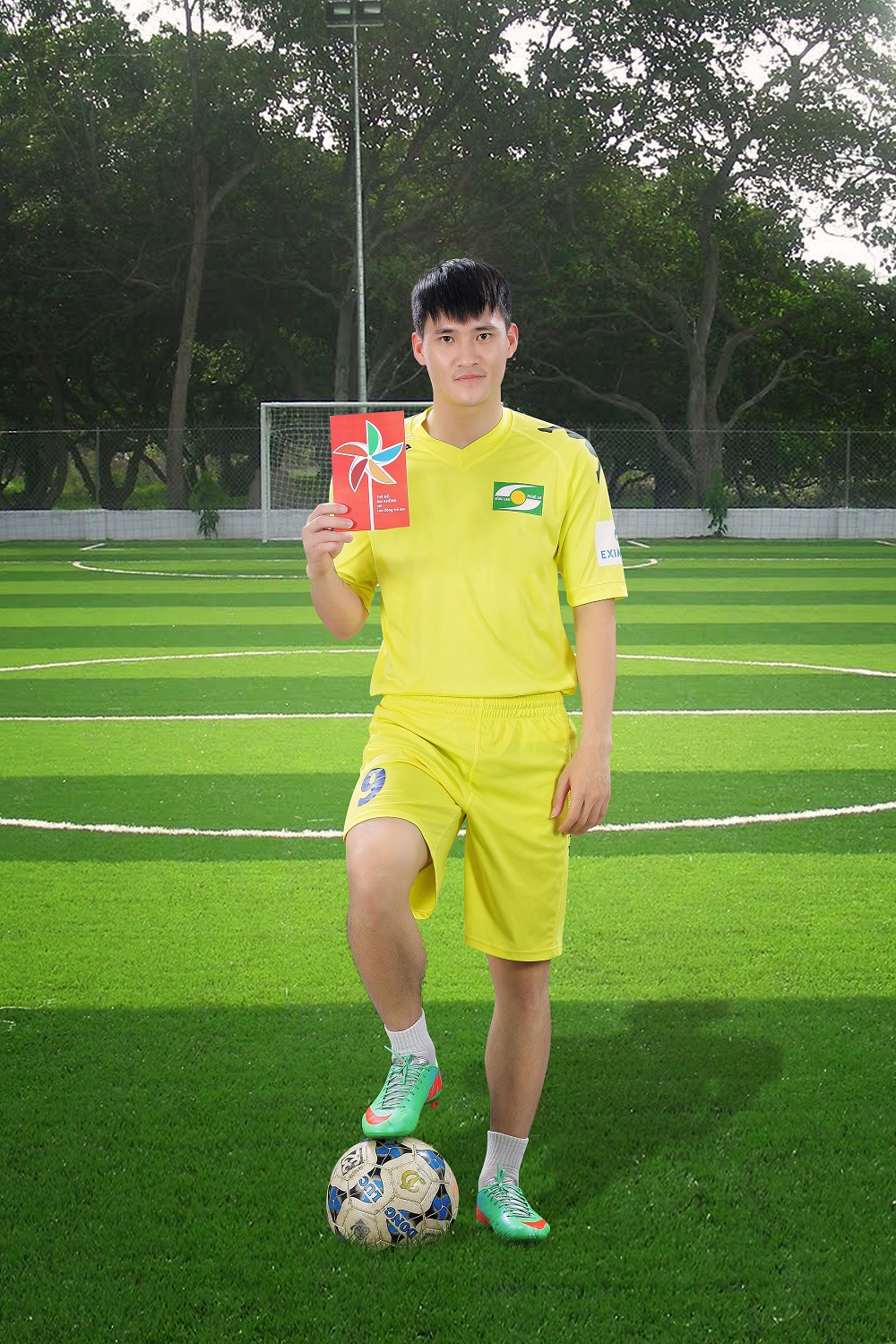 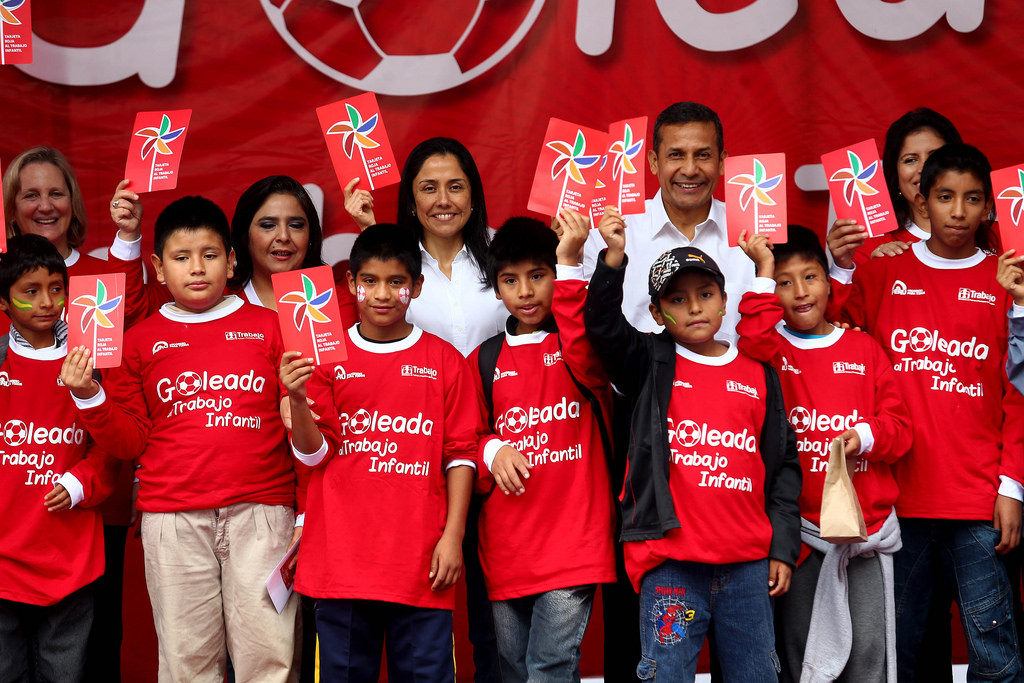 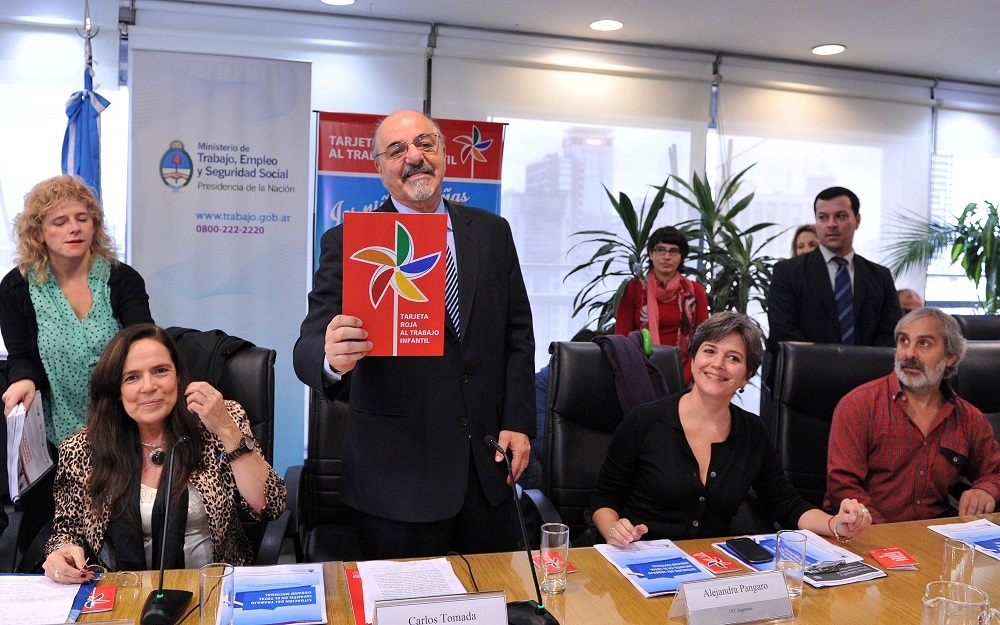 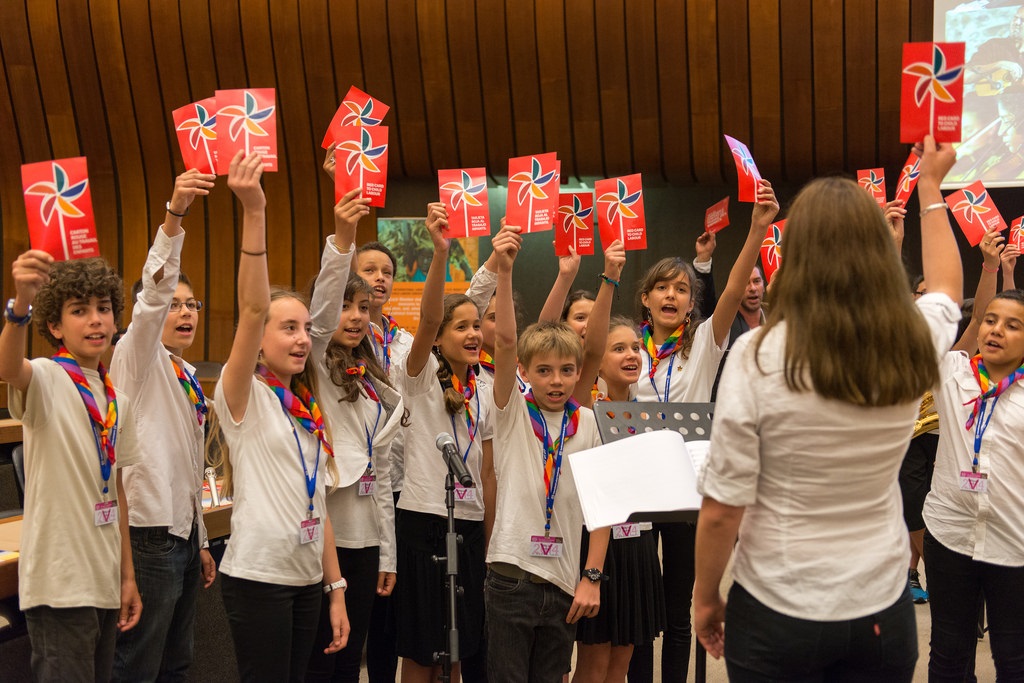 In Switzerland, the Gabriel Peri school class choir and orchestra performed a new song, "La Musique", dedicated to the ILO's Music against Child Labour Initative. The performance was held during the IPEC International Steering Committee for the World Day Against Child Labour at the United Nations in Geneva.
© Pouteau / Crozet/ Albouy 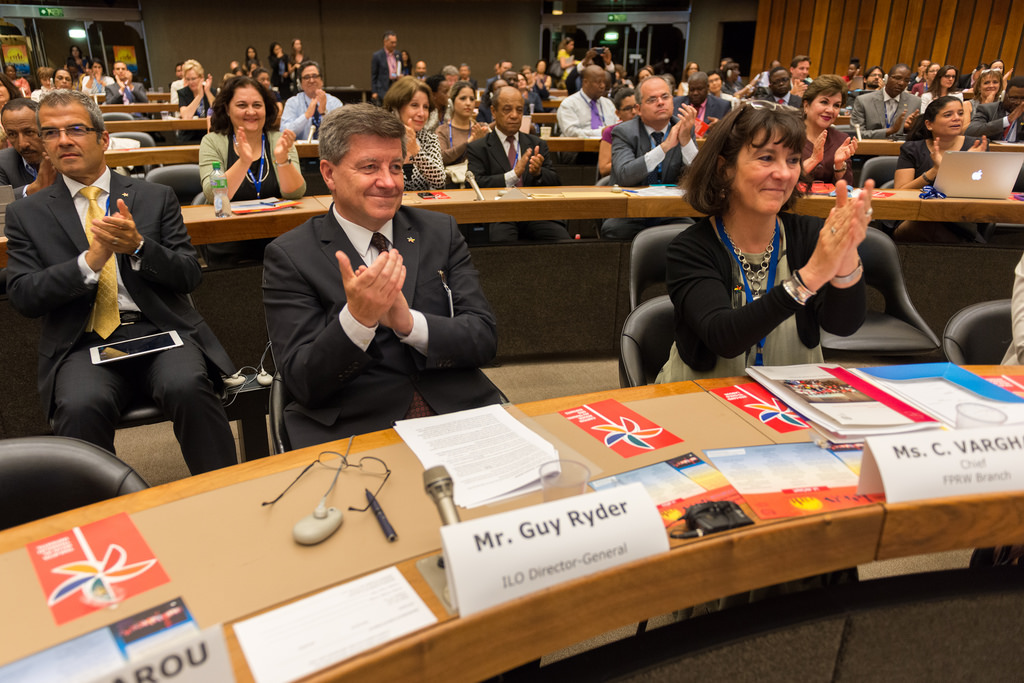 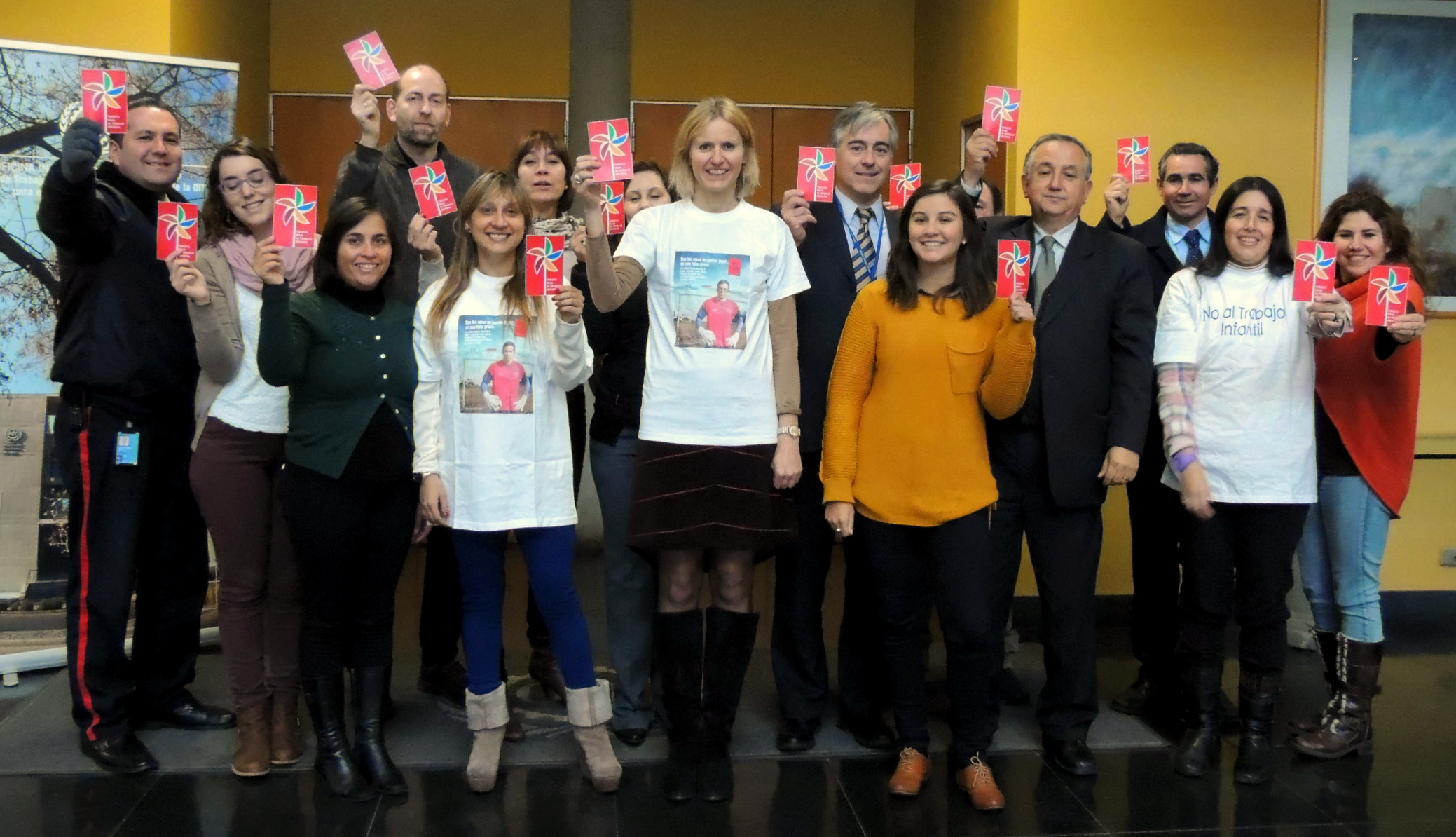 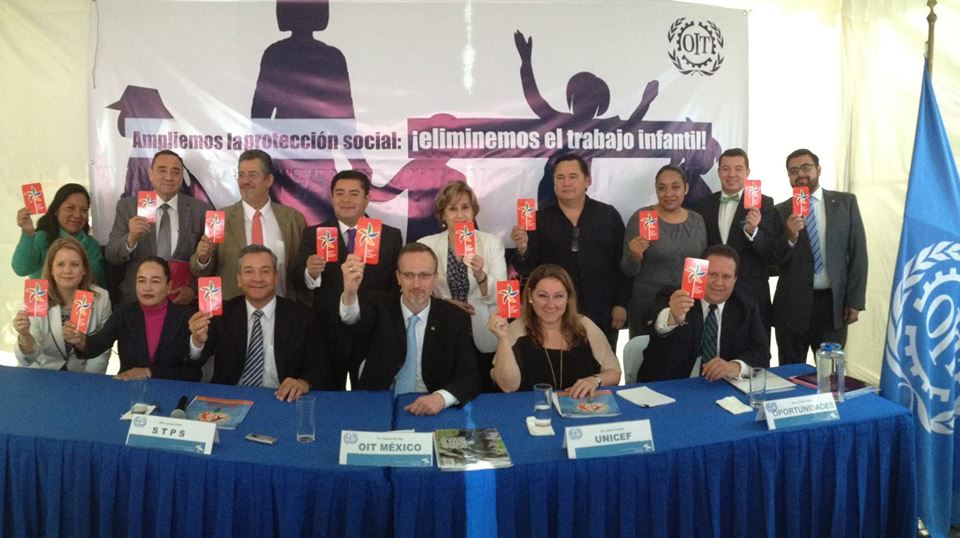 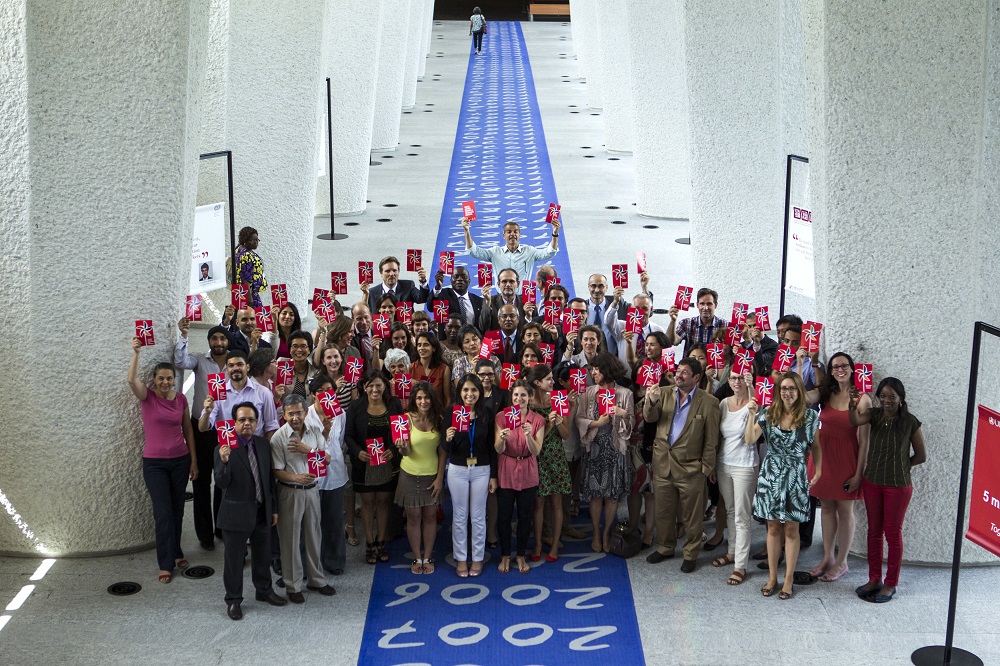 At the ILO headquarters in Geneva, the ILO's Fundamental Principles and Rights at Work (FPRW) Branch. 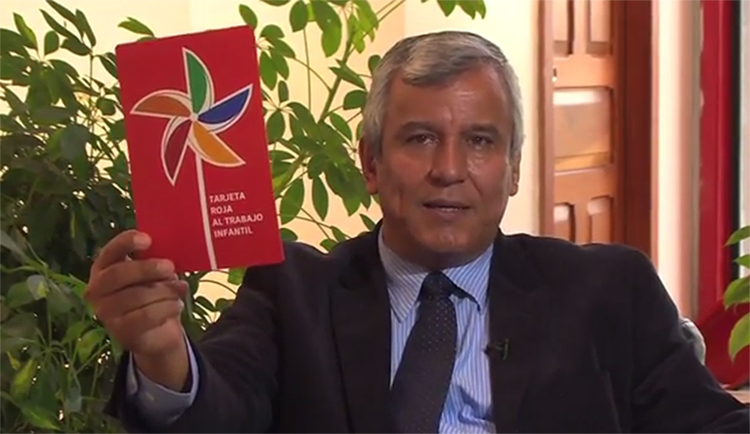 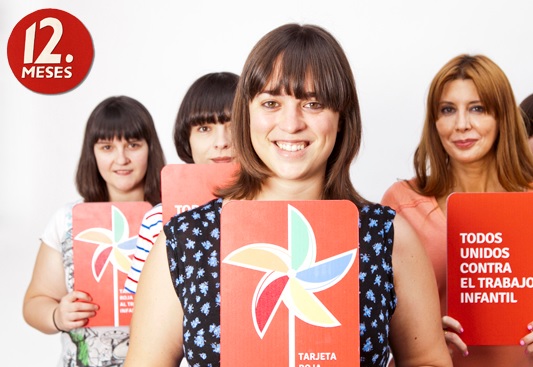 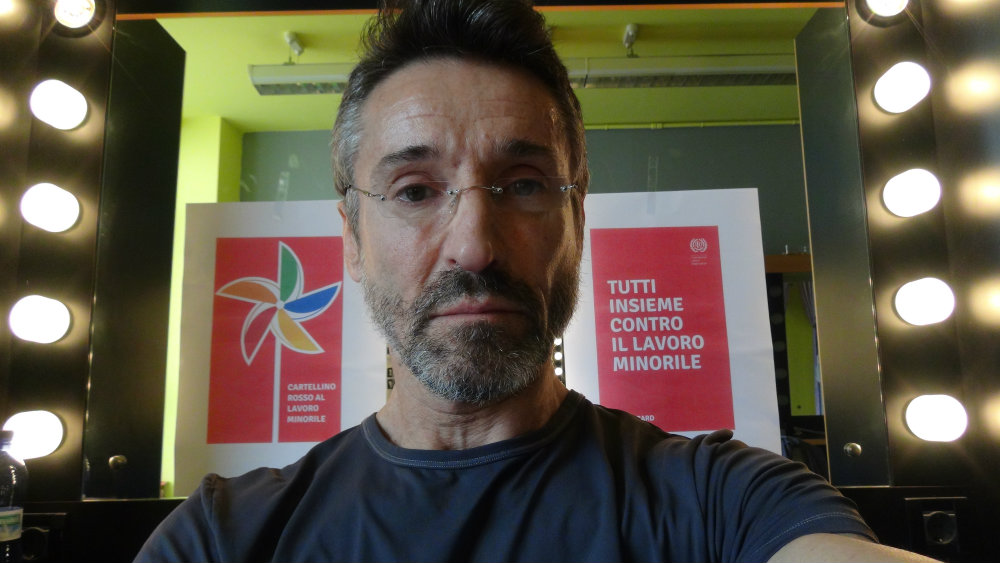 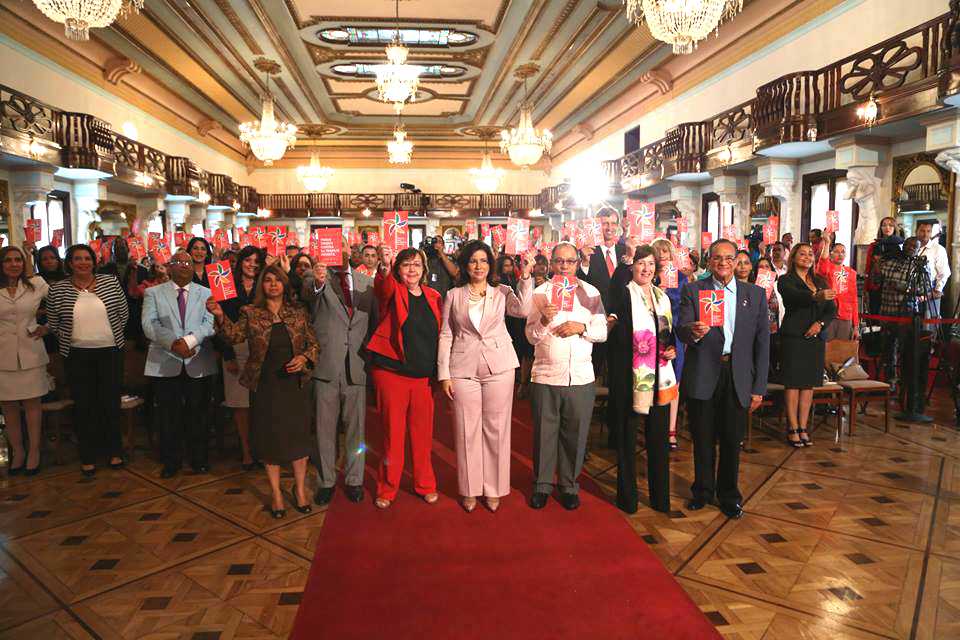 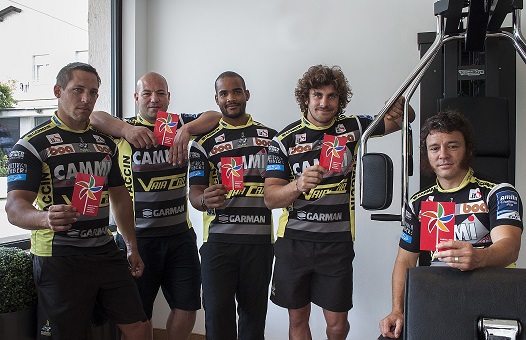 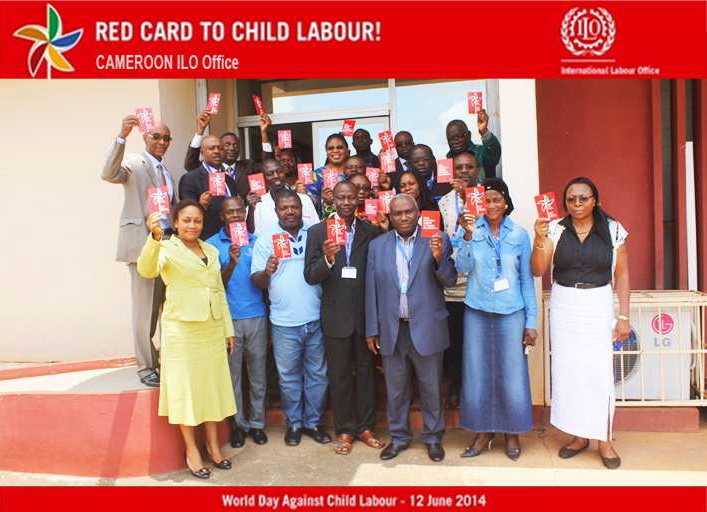 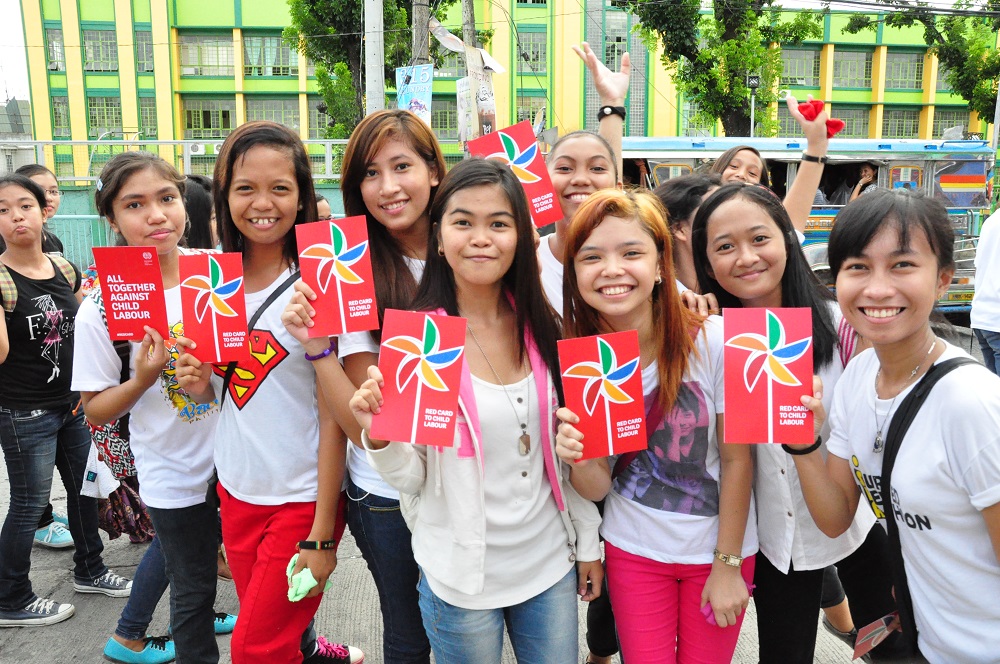 On 12 June, more than 3,000 people from typhoon Haiyan-affected communities marched against child labour in the city of Tacloban, Philippines.

Join the Red Card to Child Labour Campaign, download the 'Til everyone can see, and share our message: All together against child labour!