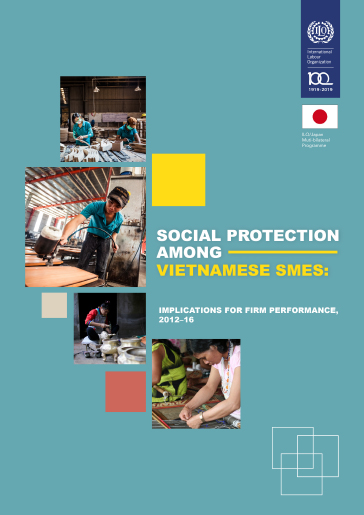 Download:
Assorted evidence has elicited much consideration regarding the relationship between job quality and firm performance. This paper is studied on the case of small and medium-sized enterprises (SMEs) focus on the manufacturing and construction sector between 2012 and 2016 on how employer-provided social security affected firm performance in Viet Nam which be a part of economic contribution.

The paper is based on enterprise registered data covering all registered firms across the Socialist Republic of Viet Nam’s 63 provinces during 2012–2016. The controlling variable - unobserved time-invariant firm-level characteristics show the result that firms increased social security coverage by 10 per cent impacted a worker revenue gain between 1.2 and 1.5 per cent and a profit gain of up to 0.7 per cent, with exact estimates depending on the survival time of the firm. Due to the time-variation between costs (social security contributions) and benefits (firm performance), the latter may not be realized immediately. Hence, specific policy support instrument such as subsidizing social insurance contributions for small firms during an initial period until the business becomes worthwhile that encourage active participation for mandatory schemes.