During the last decades, an increasing interest has been devoted to the management of OSH. For example, the journal Safety Science calls for the development of new frameworks to analyze and design OSH management (e.g., Podgórsky et al, 2015; Sinelnikov et al, 2015; Tappura et al, 2015). Additionally it has been an ongoing discussion about how to make a difference with respect to integrating OSHM in the general performance management process. Most recently, the latter issue has been even more pronounced under the corporate social sustainability agenda. However, the impression from the discussions concerning corporate social sustainability (including OSH) as well as in Safety Science is that the debate so far has been too basic and immature. One example concerns the legal provisions in the Nordic countries with prescriptions on how to tackle work environment management. The legal paragraphs address items that are easy to obtain but the legislation is formulated from a basic viewpoint that OSH has not to do with the business perspective in itself.

After an analysis of almost 300 Swedish case studies we (Frick & Johanson, 2013) concluded that the OSHM processes did not work sufficiently. The results from this analysis demonstrated different deficiencies of the OSH management system. Among others missing clear contracts of responsibility between the various management levels and counteracting reward processes were identified as barriers for an improved OSH. These and other factors indicate that the basic views of a good working environment had less weight than a short-term profit ideal. The short-term financial results were often superior to OSH. OSH management then became more a matter of following the prescribed procedures (on risk assessment, meetings, plans etc.) than achieving the aim of a better OSH environment.

The integration of OSH management with the general performance management of every organization (private or public, small or big) is a precondition for a result- and resource-efficient OSH management. To promote such a work environment, where routines are not ends in themselves, but means to manage towards a good working environment with reduced risks and improved health, it was from the study by Frick & Johanson obvious that there were a number of knowledge gaps that need to be addressed.

Therefore, the development of OSHM ought to be based on a point of departure that includes internal as well as external factors. The present paper focuses the internal perspective. It is suggested that OSHM can learn from the performance management debate which has been active for the last 10-15 years*. Together with colleagues I (Johanson et al, 2019) have suggested the following framework for analyzing performance management. It builds on experience from the analyses of the Swedish work environment cases (Frick & Johanson, 2013).
In the middle of the figure is the central functional process, which exists in almost every performance management system. It comprises the Vision, Strategies, as well as concrete Goals and targets. Furthermore, it includes Critical success and risk factors, Performance measurements and Evaluation. These functional processes include both financial and non-financial elements.

The functional processes are supported by contextual issues, such as organization and information systems, but also by responsibilities. The latter could be of different kinds, formal or informal. Sometimes responsibilities are clarified in some kind of contract. Even these can be of a formal character or just informal (Johanson et al., 2001).

A well working performance management system is normally based on interactive communication between people involved. The interactivity is a precondition for a continuous learning process regarding the content of the functional process but also with respect to a continuous adaption of the complete performance management system in itself.
Rewards is another very important condition for an efficient system. The rewards could be of an extrinsic or intrinsic character. The rewards do not just refer to salary and bonus items, but also to, for example, top management demand and benchmarking (Johanson et al., 2001a).

All organizations and all management systems (including OSHM), are based on some kind of basic views and values. Sometimes these views and values are explicit but sometimes they are not. Nevertheless, they are extremely important because as a point of departure all other management processes are designed and put into practice with the basic views and values in mind. The absence of expressed basic views encourages an instrumental approach to the performance management system, where barriers between the basic presumptions and the design deteriorate the complete system. (The latter was observed made by Frick & Johanson, 2013.) In the present text basic views refers to what is seriously expressed concerning what should be obtained by the design and the use of the system whereas values are the fundamental shared values (i.e., fundamental ideas and principles) which exist but which are not always pronounced. The values can even remain unconscious, which makes it impossible, or at least difficult, to reveal.

If the different components of the performance management system do not fit well together, the system will not work sufficiently. This means that it is important that, not just functional but all other processes are coherent with each other and with basic views and values.

The framework’s constructs are not, and could never be, an ideal classification system. It is not exhaustive in the way that all possible factors are included. Neither, the categories are exclusive. It is difficult or even impossible to sharply distinguish between the different categories. Further, the framework does not prescribe anything about linear causality. Rather, every system is comprised of a number of mutual interactions that may vary in different contexts. It is a framework that has the potential to achieve ‘a rich understanding’ (Broadbent and Laughlin, 2009) of the performance management system.

I hold that the above suggested framework could be a useful point of departure for an increased understanding of how OSHM can be integrated in the ongoing performance management of an organization regardless of if it is public or private, big or small. To improve the frameworks capability to guide organizations towards better and healthier workplaces I also suggest that further practise based research should be performed in two areas; Huge efforts are spent on preventive OSH measures, but how to integrate all this necessary and important research in everyday practise and operations inside organizations is seriously neglected. When external regulations are discussed and change the internal performance, management systems need to be further understood as well as taken into consideration!

*Important inputs to this discussions originate from a number of sources primarily Malmi and Brown (2008), Ferreira and Otley (2009), Broadbent and Laughlin (2009), and Johanson et al (2001). They all have suggested broad frameworks for analyzing and developing performance management systems. 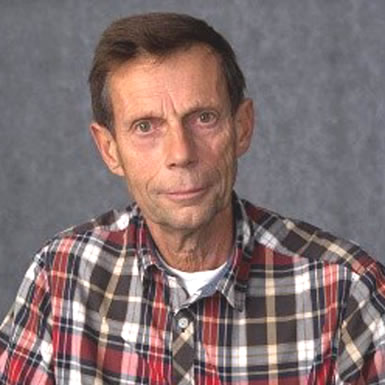