In what follows the author argues that the provision of sick pay and compensation to ill and injured workers should be conceived from the perspectives of health inequalities and human rights rather than through the lens of employment rights. He does so on the grounds that such perspectives are more supportive of actions aimed at combating the growing proportion of workers falling outside the coverage of existing arrangements.

This argument is pursued in three stages, with a focus on the situation in developed economies. Initially, the varied ways in which sick pay and compensation schemes are funded and provided internationally are briefly discussed. Following this, attention is paid to how changing patterns of employment are leading to increasing numbers of workers failing to meet the eligibility criteria governing access to such benefits. Finally, the implications of this trend are highlighted in relation to current understandings of human rights and health inequalities.

Sick pay and compensation: a brief overview of variety

Illness and injury not only affect the physical and mental health of workers. They also generate financial costs and risks to workers and their families. These costs and risks raise questions about their scale and important issues of policy about how they are distributed between workers and their families, taxpayers and employers. In doing so, they more specifically raise questions about how, and through what means, workers have access to sick pay and other forms of compensation. These latter questions are complex and difficult to resolve. Their discussion inevitably involves exchanges informed by widely differing moral and ethical positions. Their resolution also confronts the challenge of accommodating a world of work in which patterns and forms of employment have become more diverse and fragmented and the nature of work-related harm has shifted, not least as a result of a growing recognition of the damage caused by psychosocial risks.

The systems in place to provide sick pay and other forms of compensation to the victims of work-related harm currently vary widely in terms of their structure, scope and generosity. As a result, there is an almost endless way of seeking to classify them for comparative purposes. Distinctions can be drawn, for example, in terms of how far schemes focus attention on the prevention of illness or injury, the provision of financial support (and security) and the rehabilitation and return to work of workers who have experienced ill health and injury. Further distinctions can be drawn regarding the degree to which they focus exclusively on forms of work-related harm, the extent to which they provide harmed workers with the ability to sue employers for fault-based compensation, and the sources of their funding - employers, the state, workers, or some combination of these, and the relationship between schemes and the wider social security ones. And, so the list goes on…….

The issue of declining coverage

Against this background of complexity and variation, the rather technical issue of eligibility criteria, who qualifies for scheme benefits, tends to loom relatively low in comparative discussions. Yet it is in this area where the adequacy of schemes is coming under profound challenge as the nature of work in the modern, globalised world of work changes. Self-employment and a host of different forms of atypical or non-standard patterns of work have grown dramatically over the last three or four decades, with a corresponding rise in the proportion of workers falling outside existing eligibility rules. Meanwhile, in countries like the United States and the United Kingdom, where relatively limited forms of state-based financial schemes exist and are supplemented by voluntary employer ones, the shift of employment to small and medium sized enterprises has acted to reduce the extent of this supplementation. Trends that have been argued, albeit in a rather conceptually imprecise way, to be giving rise to a ‘precariat’ of insecure and low paid workers, often working in informal settings.

Clearly it is beyond the scope of a short ‘think piece’, to map out a detailed approach to resolving this problem of growing exclusion from access to sick pay and compensation. It is possible though to highlight and explore the value of conceptualising the role of such arrangements in public health and human rights terms and thereby view the benefits provided under them as citizen rather than work-based rights. This is done below via a focus on the provision of sick pay to ill and injured workers.

At an international level social security has long been accorded the status of a human right, including under the Universal Declaration of Human Rights and the International Covenant on Economic, Social and Cultural Rights (ICESCR). More particularly, it has been formally acknowledged that the right under the ICESR to social security encompasses protection from a lack of work-related income caused by sickness and employment injury.

As has already been suggested, worker entitlements to sick pay when unable to attend work due to illness and injury vary considerably across the world in terms of such matters as how it is funded, the proportion of wages replaced or covered, the maximum period for which it is provided, whether there are non-paid ‘waiting days’ and qualifying conditions. These variations in effect mean that access to an important human right is both conditional and variable.

In the absence of sick pay, workers effectively are faced with choosing between protecting their health and protecting the financial security of themselves and their families. This moreover is not an idle piece of speculation. The number of working days lost due to sickness has been noted to be lowest in countries like the UK and USA which have the most limited sick leave benefits. However, contrary to the assumption that this simply supports the view that such benefits encourage malingering, there is good evidence that an important reason for this is that workers attend work when ill, thereby potentially damaging their health and running the risk of contaminating work colleagues. An ILO study by Scheil-Adlung and Sandner, for example, points to a study of the impact of the 2009 H1N1 pandemic that in the meant that such work attendance led to the infection of some 7 million co-workers at a time when Germany, a country with one of the most generous benefit regimes, reported its lowest level of sickness absence ever.

Statistics on access to sick pay in the United Kingdom graphically demonstrate the extent to which workers are likely to experience such trade-offs between considerations of health and income security. These show that at the end of the 1980s around 90% of employers offered at least some of their staff access to sick pay. Since then, however, this percentage has declined significantly, with the latest available figures indicating that less than half of employers (and a much small proportion of private sector ones) now operate such schemes. As a consequence, around 30% of employees, along with many of those working casually and in various forms of, at times false, false self-employment, do not have access to sick pay. Those so excluded are potentially entitled instead to Statutory Sick Pay (SSP). This is only the case though if their pay as an ‘employee’ exceeds a minimum threshold. Furthermore, if this threshold is passed, the payment provided amounts to just £89.35 a week from the fourth day of absence for up to a maximum of 28 weeks. For employees on the National Minimum Wage who work 35 hours a week, and are aged between 21 and 24, this means that they only receive around one-third of their normal income. This proportion is even lower in the case of those aged 25 and over. Meanwhile, those not working under a contract of employment have no entitlement and hence effectively lose all their pay if away from work ill.

This lack of access to decent sick pay has important implications for health inequalities. It is well established that sickness absence internationally varies with socio-economic status. This variation in turn has been found to reflect how those from the lowest socio-economic backgrounds tend to experience more ill health and to die earlier. Existing evidence further indicates that poor working condition make an important contribution to this. In other words, those most prone to ill health tend to be labouring in work situations less supportive of good health. That is in work contexts marked by low pay and security, high work demands and low levels of control, poor effort-reward relationships, shift working and exposures to physically demanding tasks and harmful substances.

The problem is that these same people are the ones most unlikely to have access to decent sick pay arrangements by virtue of the nature and form of their employment. So those who are most likely to need such pay tend to have least access to it. Indeed, to return to the situation in the UK, some workers in the so-called gig economy not only have no access to sick pay but must find a replacement worker if they cannot attend work or face a financial penalty for failing to do so. This means that they may actually lose more than their normal pay when absent!

Such situations cannot be deemed in anyway civilised. They compound already disturbing levels of health inequality between different socio-economic groups. They also breach an internationally recognised human right to decent treatment when ill. They are in short unacceptable.

Current trends in employment mean that increasing numbers of workers are falling outside the scope of existing sick pay and compensation arrangements with adverse implications for both their health and that of their co-workers. Ironically, it is further clear that this lack of access to such benefits is most likely to be experienced by workers who are most likely to need them. At the aggregate level it is therefore compounding the marked health inequalities that internationally have been found to exist between different socioeconomic groups.

Exclusion from sick pay and compensation must for these reasons be viewed as both a health and a human rights issue. It is recognised that viewing it in these terms will not magically lead to the taking of appropriate remedial actions by governments. It arguably will, however, add weight to pressures aimed at ensuring that emerging patterns of work are not associated with a growing cadre of excluded workers, not least because the language of health and human rights is one that is more likely to resonate with policy makers and the public.

The fact nevertheless remains that systems of sick pay and compensation are ultimately ameliorative in nature. Reforms to their coverage will as a result only very partially address the role that work plays in generating illness and injury, as well as inequalities in how they are experienced, in the absence of wider ones focussed on the more widespread provision of good, decent and humane working conditions and jobs of the type falling within the scope of the ILOs Decent Work agenda. 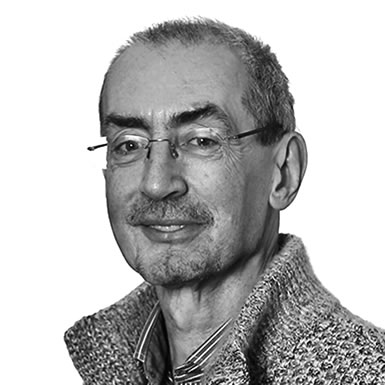