Download:
This think piece addresses three contemporary issues that arise in the design of appropriate work health and safety laws:

In most countries, the protection of workers from sickness, disease and injury arising out of their employment has historically been achieved through legislation. Laws and regulations are recognised by ILO Convention 187 (Promotional Framework for Occupational Safety and Health Convention 2006) as one component of a “national system for occupational safety and health”. (1)

The first such law enacted in Australia (2)  was modelled closely on the landmark British Factories Act 1876 (3). The law of Great Britain has continued to exert a powerful influence over Australian legislative developments. Present day Australian laws(4)  owe much to the British Health and Safety at Work etc Act 1974, which in turn reflects the recommendations of the highly influential Robens Report of 1972. (5)

The Continuing Relevance of the Employment Relationship

The principal focus of laws regulating work health and safety was the employment relationship: duties were imposed on “employers” for the benefit of their “employees” (6). The existence of a contractual employment relationship underpinned the scope of the statutory duties. However, the last 20 years have seen dramatic changes in the Australian labour market – changes that are reflected throughout the world. These changes include the rise of the ‘gig’ economy, the widespread use of labour hire, ‘off-shoring’, franchising, telework and home work. Simultaneously, and probably not coincidentally, there has been a dramatic decrease in the proportion of Australian workers who are members of trade unions, especially in the private (non-government) sector of the economy.

Successive official reports which have evaluated Australia’s work safety laws have recognised these changes and have reflected on the need for law and policy makers to adapt work safety laws to ensure that the laws remain relevant to the changing labour market and society generally (7). A highly influential national review of Australian work safety law concluded in 2008 that changes in the labour market meant that “using the employment relationship as the determinant of the application of the primary duties under OHS legislation is no longer valid”(8). It recommended that “to ensure that the primary duty of care continues to be responsive to changes in the nature of work and work relationships and arrangements, the duty should not be limited to employment relationships”. Instead the duty should be owed by “any person conducting [a] business or undertaking”(9). The Review also recommended that the class of persons protected be correspondingly enlarged beyond “employees” so that it extends to “any person who works, in any capacity, in or as part of the business or undertaking” (10).

The Review’s recommendations were implemented in 2010 by most of Australia’s governments as a new model work health and safety statute (11). As envisaged by the Review, in the jurisdictions that have implemented the model Act (12), the primary duty of care is now imposed on a person who conducts a business or undertaking in favour of all workers who perform work in that business or undertaking (13). A more recent Review of the operation of those laws concluded that these concepts in the model law remain “sufficiently flexible to encompass changing work arrangements, emerging industries and new business models” (14).

The impact of declining levels of trade union membership

Another issue which has challenged Australian policy makers is the need to ensure high levels of worker involvement in work safety in an era of declining trade union membership (15). The ILO OSH Conventions emphasize the importance of consultation by employers with their workers as well as worker involvement more generally in the design and implementation of work safety laws and regulations (16). In recognition of the decline in trade union membership, Australian law makers have broadened the obligation to consult beyond elected employee representatives as was the case prior to 2004 (17). Under current laws, employers and persons conducting businesses or undertakings must consult directly with their workforce in the implementation of changes to work processes that may have health and safety implications (18).

A third issue which has provoked much debate in Australia concerns the appropriate legal response to the most egregious cases of neglect that result in worker or third party deaths. High profile cases have included the deaths of three passers-by in Melbourne in 2013 when a wall at a building site collapsed onto a footpath(19)  and the deaths of four patrons at an amusement park in Queensland in 2016. The response of the Queensland government to the latter tragedy was to introduce ‘industrial manslaughter’ laws into the parliament. These were duly enacted and came into operation in 2018 and enable officers of corporations to be imprisoned where a death results from the gross negligence of the corporation (20). A 2018 Review recommended that the Queensland laws be implemented throughout Australia “to address increasing community concerns that there should be a separate industrial manslaughter offence where there is a gross deviation from a reasonable standard of care that leads to a workplace death” (21).

Australian work safety laws continue to develop and evolve in response to changing labour market conditions and community expectations. As part of this development, Australia will continue to seek ideas and inspiration from the ILO and the broader international community in its quest to safeguard working people and others from illness, disease and injury arising from work. 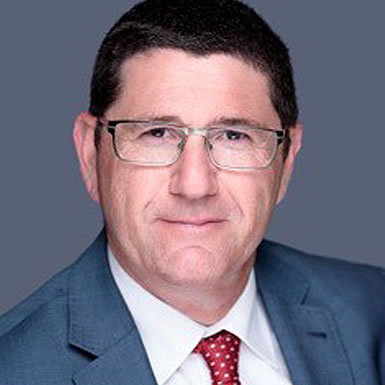