This contribution will focus on three items:

Our understanding of minor and major accidents

During the last 150 years, our understanding of minor and major accidents has changed radically. Safety started in the UK, with a technical explanation of accidents, halfway the 19th century. Safety technique enclosed moving parts of machinery, and fenced elevated workplaces. Also in the beginning of the 20st century in the US during the Pittsburgh survey, accident causes were considered to be external: as an interaction of unskilled workers and dangerous machines. This changed just around World War I, when behaviour, accident proneness and unsafe acts were seen as primary causes. The 1910s-1920s was a remarkable time. Firstly, the attribution of causes of unsafe acts of workers can be seen as a sign of emancipation of the working class. Previously, workers were simply part of an undefined group of ‘the poor’. Now they were a group that deserved attention, both for reasons of health, and occupational safety. The attention to behavioural aspects of accidents will stay dominant in occupational safety for a very long time, and got a renewed attention when concepts as safety climate and culture became popular. Secondly the main concepts of what later became safety science were already published in the 1920s: hazard (energy), sequence of events (scenario), sloppy management, accident as a process, probability of accidents, exposure to hazards, and prevention by reducing hazards, and installing barriers.

After World War II occupational safety was influenced by ergonomics, an upcoming discipline, and like the results of the Pittsburgh’s’ survey putting attention to man-machine interactions: process disturbances and workers’ stress in coping with these disturbances are seen as a main cause of accidents. Also the barrier concept was further developed in the ‘hazard-barrier-target’ model, as well as strategies for accident prevention. From the 1960s-1970s onwards there is an increasing concern with human factors. Major disasters are showing that ensuring safety in complex technologies was not just a matter of getting people to follow simple safety rules. Competent and well-intentioned operators could fail to control risks in unclear or unexpected circumstances. Again, attention was focussed on ‘risk-blindness’ of management, by not understanding major accident scenarios. The ‘accident-incubation’ theory was born, a forerunners of what later is called the socio-technical approach of safety. In this period safety was incorporated as an academic domain. Later, in the 1980s-1990s, theories and models have developed to understand disasters, and occupational accidents. What made an activity, or a process out of control, is the main question. There was an integration of both a technological, and an organisational explanations. The ‘normal accidents’ theory pointed to inherent complexity of technology. The ‘drift to danger’ model considered external forces as main drivers of disasters: aggressive markets, and dominant technological developments. The Swiss cheese metaphor, and the Tripod theory showed latent factors in organisations as drivers of accident scenarios. Finally the bowtie metaphor depicted multiple scenarios, central events where hazards became uncontrollable, and management delivery systems which adequately, or not, controlled barrier quality.

In many countries with a large informal industrial sector, a lack of knowledge on health and safety creates deplorable working conditions with noise, perilous chemicals and ergonomic hazards as a main concerns. Labour laws, mostly coming from a colonial period are hardly adequate. Working conditions show some resemblance with the industrialized countries during the start of the 20st century. Also in China conditions are similar in the 1960s-1970s. But here strict laws and 5-years plans seem to create a positive change.


From occupational and high-tech-high-hazard risks to global risks

The development of safety models and research as an academic discipline is a product of the 1970s and 1980s, during which a ‘golden age’ is witnessed, producing some of the mainstream ideas introduced above. These include the idea of incubation period, of migration or drift of systems beyond the boundaries of safe performance but also the category itself of safety critical or high-risk systems. It is in the middle of the 1980s that systems as aviation, nuclear power plants or railway become specific and independent objects of study. The cost of failure of such systems can be very high for companies, societies and ecosystems. The distinction between occupational and industrial safety is built on this divide in the field between an analysis of large technical systems as a way of understanding their properties because of the threat they pose to societies (Chernobyl, Piper Alpha, Bhopal), and local working situations in which people can get hurt (trips, falls…) but without endangering the lives of many or of other external parties.

But a global turn in the past two to three decades has modified our perception, analysis and understanding of occupational and industrial safety in this context. By global, two aspects can be added to the traditional perspectives of the field as described in the previous section, first global as globalised or globalisation in the sense of powerful modifications of the operating landscape of public and for-profit organisations and second, global as ecological in the sense of situating humanity from a cosmological, geological and biological point of view. The implications of this move to the global are immense but only little studied because of the difficulties it raises from an empirical point of view. Let’s introduce some possible orientations to structure these recent trends, but also how they can materialise in the future and the challenges they create.

First, global as globalisation is a product of the transformations of the past two to three decades, produced by powerful Anglo-Saxon Western states which favoured the free circulation of flows designed by liberalisation of trade and finance, deregulation, privatisation and the revolution of information and communication technologies (combined with transport). The flows of money, people, goods, information and images associated with these developments of the 1990s onward have profoundly impacted societies in the world, and occupational and industrial safety with it. Let’s comment very briefly their most visible consequences, with three examples. One has been the tendency for multinational to transform their business models into commodity chains which explore possibilities of production using cheap labour in third world or developing countries at the expense of safety (the collapse of the Rana Plaza in Bangladesh in 2013 in the context of the fashion industry is an illustration). Another is the financialisation of strategy and management of corporations and public institutions, which is not always aligned with the importance of thinking long term when it comes to safety of high-risk systems. Cost cutting to satisfy shareholders return on investment in financialised business environment can prove detrimental (e.g. the story of BP between 1997 and 2010). Finally, a last example concerns the creation of a new category of risk to accompany the increase of flows: the category of systemic risks. By allowing ripple effects of events throughout a diversity of networks to operate on a very large scale across continents, systemic risks have become a new issue for safety: cyber, financial, natural and terrorist threats are now very much part of the picture of the management of organisations.

Second, global as ecological entails a wider consideration of the conditions which would allow the maintenance of our current lifestyles following the expansion of human industrial activity. The Anthropocene indicates that humanity now acts as the equivalent of a geological force that modifies the planet’s climate and ecosystems, introducing the risk of societal collapse. A redesign of our production modes is to be expected, which will modify in return current high-risk systems, and work situations, with digitalisation playing a leading role in reshaping this evolution.

In the last quarter of the 20st century major accident enquiries were pointing to management control, to weaknesses in safety management, to various latent factors, and to inadequate regulatory frameworks covering risks of industrial disasters. A managerial focus implies that both technical and human failures are seen as things organisations can predict and control by a robust design and safety management system. Although there is a growing consensus on the structure, and elements of safety management systems, its scientific basis is still very small.

Management systems seem to create an extensive bureaucracy, because of a standardisation trend derived from certification and self-regulation regimes. Managers do not understand the complexity of present day high-tech-high-hazard processes. It is said ‘we have a fifth generation of technology, and a second generation of managers’. One way of addressing hazards and risks of these processes is a closer focus on accident scenarios. These scenarios can be followed, and predicted. It all starts with an overview of all possible major accident scenarios, barriers in, for instance a high-tech-high hazard chemical plant. Installations in these plants have various indicators on pressure, temperature, flow, and level. These indicators provide information of the safety status of equipment and installations. Activation of these indicators will present signals on control boards, followed by operator actions. When a sequence of these indicators are directly linked to scenarios, it offers opportunities to follow the advancement of scenarios in real time, giving management and workers an overview of the safety state of their processes, and a clear relation between management and workers’ activities and (major) accident processes.

But new challenges for safety management derive also from the global trend briefly described above. From top down nationally based regulatory regimes and hierarchical structures of corporations, there has been a shift in the past decades towards networked governance model of regulation and horizontal configurations of multinationals spreading worldwide. Regulating and managing networks across continents to prevent sociotechnical events, work accidents but also systemic and existential risks as sketched above necessitate new globalised regimes of coordination, cooperation and control. To remain with the examples indicated earlier, preventing the Rana Plaza as it happened in Bangladesh requires for multinationals to care for the working conditions of sub-contracted employees situated at the end of the value chain of their business models, which depend on this cheap labour precisely because of the limited regulatory constraints. Because there is no transnational regulation to control multinationals’ behaviour and how they manage their commodity chains, there exists blind spots of globalisation in this respect, gaps to be filled because of their safety implications.

Similarly, financial rewards to executives based on short term strategies for the benefit of shareholders should be curbed by regulations in order for infrastructures and high-risk systems to operate in the right balance of production versus safety imperatives, unlike what happens with the BP story briefly introduced above. This, again, is not necessarily an easy task considering that multinationals have reached a very influential status in current globalised capitalism, which allows them to limit attempts to regulate their activities by states and international organisations. In general, systemic and existential risks as they will potentially unfold in the future also requires a renewal of the global institutions which contribute to the cooperation, coordination and control of for-profit and public organisations across the world. Therefore, one future challenge for occupational and industrial safety is to design adequate transnational mechanisms of governance. 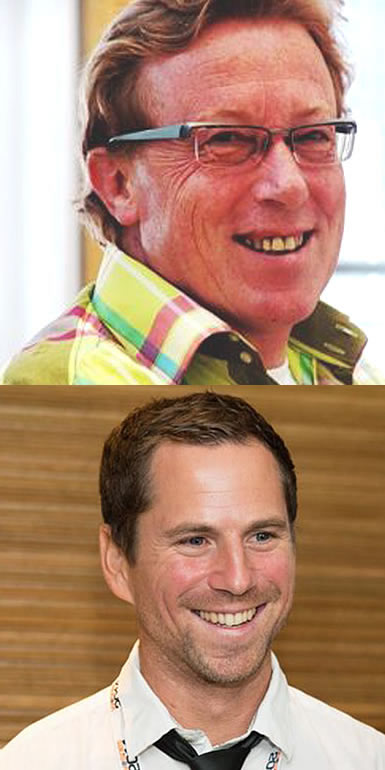