Occupational cancer has always been an important but slow-moving issue. Amongst all the work-related conditions, cancer is the one with the longest delay between the time when the occupational exposure occurs and the time when the resultant disease appears. In the case of asbestos and mesothelioma, the gap can be more than 40 years, while for ionizing radiation the risk of leukaemia peaks at about 10 years after exposure. This delay before the effect of exposure becomes apparent means that the incentive to prevent occupational cancer is less obvious to the worker and the employer than for conditions which have an immediate effect on the worker and their productivity, such as injuries, skin conditions or asthma.

The temporal separation between the work exposure and the cancer has also meant that our understanding of the carcinogenic effect of workplace agents has been slow to accumulate. It takes many decades for enough data to accrue in order to be reasonably certain that a particular agent causes a particular cancer. Much of the evidence we have now comes from large studies of cohorts of industrial workers, who were followed for decades. Thanks to the researchers who did these studies and painstakingly documented the occurrence of cancer, in this centenary year of the ILO we can say that we do have a good understanding of many of the major cancer risks in workplaces. For example, we have plentiful evidence that asbestos (all forms), respirable silica, diesel engine exhaust, formaldehyde, and solar ultraviolet radiation cause cancer. Importantly, we also understand how we can use the hierarchy of control to reduce exposure to these agents, by eliminating or substituting the agent, using engineering controls to separate the worker from the carcinogen, changing the way people work to limit exposure, or using personal protective equipment.

As we go into the second century of the ILO, however, there are increasing numbers of newly-created chemicals which are introduced into workplaces every year, and very few of them have been comprehensively assessed for carcinogenicity. We cannot wait for decades to know that a substance in wide use is going to cause cancer. Going forward, we will need to rely on more laboratory-based mechanistic evidence regarding whether a new chemical is similar to known carcinogens, or exhibits characteristics which are associated with cancer. Ideally, these investigations should be done before the chemical is introduced into the market, and not many years later.

As we understand more about carcinogens, there is often a lag in the application of our knowledge base. Globally, the future of occupational cancer can be seen as two diverging streams, with hugely different work experiences in high- and low-income countries.

In high income countries, manufacturing and production jobs have virtually disappeared, with the majority of workers now employed in the service industry. Occupational safety and health (OSH) in the remaining manufacturing, agriculture and mining jobs has been improved, particularly in large companies, and levels of exposure are declining steadily. However, outsourcing of jobs to individual contractors often occurs, with less oversight of the OSH in those workers. Indeed, an increasing proportion of the workforce in high-income countries is working in small and medium sized businesses, where OSH may not be a priority.

With fewer and fewer people involved in manufacturing or other “dirty” jobs, and many of those who do work in exposed jobs having little formal training in OSH, there is less understanding on a societal level of the risks of long term conditions such as cancer. Just as a lack of personal experience of vaccine-preventable diseases is resulting in a dismissal of the need for vaccines, workers in office jobs, who have no contact with workers who are exposed to carcinogens, can dismiss the need for an OSH system which controls risks of long-term conditions like cancer.

The loss of societal memory of work-related cancers in high-income countries has led to the re-emergence of conditions that we thought were controlled, such as black lung in coal miners and silicosis in those cutting engineered stone. These re-emerging health concerns reflect serious underlying flaws in the systems of hazard control in industry and will inevitably be followed by increases in occupational cancer.

Thus, in the future, high-income countries must ensure that emphasis is placed on ensuring that our existing body of knowledge continues to be applied and is made relevant for a new generation, who do not have personal experience of the industrial cancer tragedies of the past.

The drivers in low-income countries are primarily economic: the workers need to provide basic needs for themselves and their families; the companies need to make their product more cheaply than the competition so the international buyers don’t go elsewhere. In this high pressure environment, OSH issues are often of low concern, especially in relation to cancer, the risk of which is distant and seems theoretical and consequently is easily overridden by short term demands.

The local regulatory OSH framework in some low-income countries is rudimentary or, even if the regulations are well-designed, they may be poorly enforced. With limited funding for managing OSH, serious safety risks or major human rights issues will obviously take precedence over longer term risks. International aid agencies also tend to concentrate on the immediate risks, which results in a gap for prevention of long term conditions such as cancer.

Sadly, none of this needs to happen. Almost all exposure to carcinogens is completely avoidable through the hierarchy of control, and the reduction in exposure prevalences and levels in high-income countries demonstrates that we are able to make workplaces cancer-free. An example of what could happen is given by the developments in the communications field, which can be thought of as happening in three broad stages: 1) letters; 2) telephones and the significant costs of their physical land lines; and 3)mobile phones which require much less infrastructure. Low-income countries have jumped from stage 1 to using mobile technology and thus avoided the need to build the substantial infrastructure for land lines. Similarly, OSH could be thought of as developing in three stages: 1) cottage industry and subsistence farming with mainly low level exposures; 2) industrial revolution with high level exposures but no OSH; 3) implementation of OSH to make workplaces cleaner and safer. The future of occupational cancer is brighter if the dirty and unhealthy conditions of the Western industrial revolution are omitted, and clean, safe workplaces are instituted everywhere in the world. We need international pressure to make this dream a reality.

In both high- and low-income countries there is currently a lack of emphasis on prevention of long-term conditions, particularly occupational cancer. There is an urgent need to re-emphasize the risks and increase the general public’s understanding of carcinogens in the workplace. Humanity needs not just jobs, but cancer-free jobs. The future can be free of occupational cancer if we just learn the lessons of the past 100 years and apply them globally. 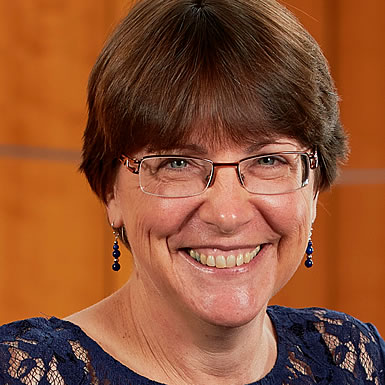