The Only Thing That Is Constant Is Change."


Change is commonplace in today’s workplace. With internationalization and globalization come increased competition and organizations strive to adjust to the demands of their markets or in case of the public sector to shrinking funds and increased demands of documentation. Recent figures from the European Working Conditions Survey (EWCS-2015) found that 30% of workers had experienced restructuring in the past three years.
Restructuring can be defined as an organizational change that is greater than commonplace changes. To be considered restructuring, the changes should affect an organizational sector or an entire company and can include closure, outsourcing, offshoring, sub-contracting, merging, and/or delocalization.

Despite the prevalence of restructuring, it is widely acknowledged that often restructuring fails to achieve its intended outcomes in terms of increased effectiveness and performance.


How can you hide from what never goes away."

It has been argued that this failure can be, at least partly, attributed to the fact that organizations rarely consider the impact on workers remaining in the organization. Recent figures from the EWCS-2015 show that workers who had experienced restructuring in the past three years more often reported they needed to learn new things as part of their job, they had higher work intensity, they experienced more bullying and other adverse social behaviours. However, on a positive note, workers reported higher levels of autonomy and better access to training compared to workers who had not experienced restructuring. The links between restructuring and poor health and well-being were clear: Workers exposed to restructuring were more likely to turn up for work when ill, had higher levels of sickness absenteeism and were more stressed. They were also less satisfied with their jobs, reported poorer mental well-being and reported higher levels of job insecurity.

In the EU, the challenges of ensuring healthy restructuring is well recognized. The Collective Redundancies Directive (98/59/EC) states that employers should inform and consult the workforce on plans for collective redundancies. Despite this Directive, few organizations make any serious attempts to prepare their employees for restructuring and ensure a healthy change process.


It is in changing that we find purpose."


There may, however, be light at the end of the tunnel. A review by de Jong and colleagues identified a range of factors which may be related to a healthy change process that may protect against the adverse effects of restructuring on workers’ health and well-being. First, communication is important. Second, if management actively manage change and involve workers; this may prevent poor well-being. Third, good quality training is also important. Finally, fair and transparent processes also have a positive impact. It is reassuring that the research supports the EU Directive that emphasizes communication and involvement! Despite the alignment between research and policy, there still seems to be a missing link as policy is not well implemented.

Findings from the European Survey of New and Emerging Risks (ESENER-2) suggest that the two major obstacles to managing risks to worker health and well-being are lack of expertise and lack of awareness among management. Together these findings suggest that we need to develop our understanding of how to intervene to address the threats of restructuring to workers’ health and well-being.

Key elements of the participatory process are communication, consultation, management taking responsibility for managing change, and fair and transparent procedures as managers and employees work together to make changes. Through engaging with all phases of the intervention, workers and managers learn how to deal with the risks to health and well-being. These factors are what de Jong and colleagues found to be important for a healthy change process. Participatory organizational intervention may thus be the missing link enabling us to ensure a healthy change process.

To test whether participatory organizational interventions can indeed reduce one of the major risks of restructuring: job insecurity, we conducted a study in the Danish postal service. The postal service is an organization facing major restructuring due to privatization and reduced demands for their services.

Restructuring was identified as a major problem and four action plans were developed to address the risks associated with restructuring. First, an action plan focused on improving communication about planned changes. Second, an action addressed the problems associated with postal workers being temporarily transferred to other teams where they were unfamiliar with work practices and procedures. Third, an action plan was developed aimed at giving workers a voice when planning changes to the postal routes. Finally, an action plan was developed that involved including discussions of the role of postal workers in the future as the postal service faced major layoffs and demands to develop new services.

The evaluation showed that workers in the intervention group did not report increased job insecurity as was the case in the control group. Our results suggest that although we may not be able to reduce job insecurity participatory interventions may be kept stable in an everchanging organization. 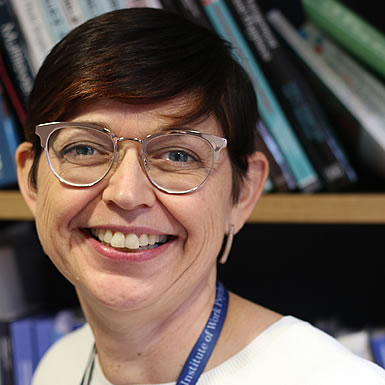