The world of developing countries is very vast, and spreads across multiple continents. Among these countries we can see wide variety of political systems, governance, economic situations, demography, culture, labor laws and its enforcement, numbers of workers in formal and informal sectors and difficulties in recording and reporting of accidents and occupational diseases. This leaves a narrow range for comparison.


Reporting of fatal and non-fatal injuries at work:

Laws for safety and health at work in India have provisions to report the accidents and occupational diseases, but enforcement is so weak that there is a huge gap between the estimated fatal and non-fatal accidents reported by ILO for India, and the figures reported to ILO by the Indian Government. The average rate of reported fatal accidents in Indian-registered factories per 1,000,000 workers employed in the years 2010-2013 was 20.85, while it was 1.53 for the European Union in the same period. Based on occupational injury rates estimated by the World Bank, the risk of fatal and non-fatal occupational injury in China and India is about two and a half times higher than in the Economic Established Market region (basically Europe and North America). This difference is five times higher in the Sub-Saharan Africa economic region. Countries with developed economies have the lowest rates. Fatal rates in Sweden and the United Kingdom are 1.9 and 0.8 per 100,000 workers, respectively, while in Mozambique or Kenya the fatality rates are 21.6 per 100,000 workers, similar to that in Bolivia, where the fatality rate is 21.9. (2007 report )


Why cases are not being reported:

Private medical practitioners are sometimes hesitant to notify occupational diseases because they are concerned that the victim may loss his/her job, or that no one will take care for his/her rehabilitation or compensation. Thus notification may push the victim to the corner. Also, notification may not help reduce recurrence as the law enforcement agency may not take any action to improve the work environment. Each elected Government has their pressing issues, priorities and political compulsions. Elected Governments drive the policy and influence law enforcement and administration. In different countries, local issues are different, but the common thread is, generating resources will always have the top most priority. Industry is sometimes given leeway, which impacts notifications against employment generation. In public life and execution, personal gains in mutual interest impact enforcement in general, and for notifications in particular.

In India, there are still thousands of people who do not know where they were born and when. The literacy rate in India stands at 74% (2011) which may be an indicator, though it does not assure that people know their legal rights. Unionization is very weak and existing trade unions have further weakened in the last two decades. Society is riddled with divisions on the lines of religion, caste, color, region and language. Social and economic inequality, poor governance, rule of the mighty, legacy of feudal thought, and huge economical gaps are hindrances in achieving labor rights. And now under the “ease of doing business,” labor laws are further liberalized to push more workers out of the purview of the law. Vacancy in state and central labor ministries is mounting. State and central governments are curbing powers of enforcement agencies by amending policies for inspection of workplaces. Overall, it does not provide a conducive social environment for reporting of accidents and occupational diseases.

Diagnosis and reporting of occupational diseases is benighted. In India, 80% of health care is provided by the private sector, which is not monitored under any law. In rural parts, health care is provided by unqualified medical practitioners who do not have knowledge of occupational health. Incomprehension of legal provisions and occupational health among rural and private medical professionals is egregious. The state is not investing in making the legal provision known.


The situation is changing slowly:

In the last two decades, we have observed change, though slowly. Despite all odds there are some positive stories of change. Setting up a clinic for screening or organizing diagnosis camps at irregular time periods have been used successfully by grass root groups to generate scientific data on occupational diseases like silicosis and asbestosis. Data so generated have been presented before the National Human Rights Commission to get directions from the commission for the State on prevention, rehabilitation and compensation. In South Africa, the State Compensation Board organized diagnosis camps for past gold mine workers not only in South Africa but also neighboring countries from where workers used to migrate. Activists have successfully helped victims of occupational diseases by bridging the information gap between the doctor and the victim by collating information on exposures and locating probable materials causing the disease. In some cases, state policy was positively influenced by grass root organizations to set up a system to confirm occupational disease and pay compensation. In the days to come, technology may help ease notifications, which may encourage experts to report the cases they come across. Public hospitals may set up a system for diagnosis of occupational diseases following public pressure. Though at low speed, positive changes have also been witnessed in countries like Vietnam, Indonesia, Pakistan, Tanzania, Thailand and Malaysia.


What can be done:

In India and some other developing countries, one can see the change happening and that the process of change continues to progress and strengthen further. As developing countries get economically stronger, governance may improve, reflected by better data on occupational injuries and diseases. People with more political power may lead to develop technology and a social atmosphere where reporting of occupational diseases will be easier. With technological advancement, working conditions may improve which would reduce occupational diseases. On the other hand, global warming, use of modern technology like robots, driverless vehicles, 3D printing, artificial intelligence may generate joblessness or an increase in unemployment in developing countries. The population in democratic countries votes to choose the Government they want in power. They have to choose between conservative and progressive political parties. The choice impacts overall life including labor rights and notifications. 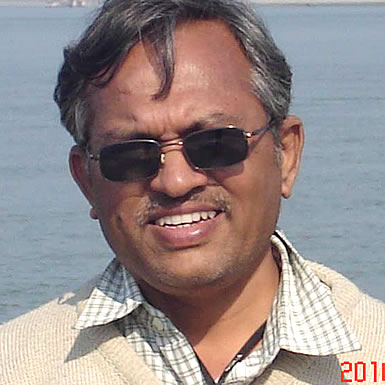