Kuwait, as well as the other Gulf Cooperation Countries (GCC), is challenged by the quick changes in the world of work and in the general conditions of life. The GCC region is one of the richest in the world, due to the significant oil and gas reserves. The economic growth until the last years has been spectacular, and has led to significant changes in everyday lifestyles. Consequently, there has been an epidemiologic transition from mostly communicable diseases to mostly non-communicable diseases as a cause of death. All the GCC countries are dependent on migrant labor to bolster economic growth. The non-nationals are largely outnumbering the national citizens. Migrant workers may engage in jobs that can be hazardous to health. This can lead to workplace fatalities and injuries. The construction workers in Qatar have received intense media attention due to inappropriate working circumstances and conditions. These reports led to involvement of ILO and to the development of a three-year “technical cooperation programme” in order to improve the situation. In the 21st century, all workers need work contracts, which secure work conditions and appropriate treatment, irrespective of worker’s country of origin, nationality and ethnic background. Maximizing health and safety for everyone requires contributions from various sectors of society. Health and safety at work deserves immediate action, since protection and prevention at the worksite is achievable and doable in practice with currently available tools.


Changes in the world of work

In 2019, the ILO celebrates its first 100 years of existence. All of the Gulf Cooperation Countries (GCC) are members of the ILO, even though Bahrain, Qatar and Saudi Arabia are observer States. The other GCC countries include Kuwait, Oman and the United Arab Emirates (UAE). The GCC region is one of the richest in the world, due to the significant oil and gas reserves. The economic growth in the region has been spectacular since the 1980s. It has led to significant changes in everyday life. Diets and levels of physical activity have radically altered. Reduction in physical activity due to the availability of cars, mechanic appliances, cheap (migrant) labor, and computers have all contributed to rapid changes in lifestyles.

The changed nutrition, including increased consumption of meat together with refined sugar intake, have led to increased occurrence of chronic non-communicable diseases (NCDs) such as diabetes, cancer and heart diseases. In Kuwait some 73% of all deaths are attributable to NCDs. The non-nationals living in Kuwait have a longer lifespan than the nationals. They are also less overweight, and physically more active. Of the NCDs, those that need particular attention are obesity, diabetes, circulatory system diseases and certain cancers (e.g., breast cancer and colorectal cancer).


Migrant workers in the GCC countries

All of the GCC countries are dependent on migrant labor to bolster and stimulate economic growth and development, as the GCC countries possess an abundance of capital while the domestic labor capacity is low. Although migrant workers in the GCC region amount to no more than 10% of all migrants worldwide, they constitute a significant part of the population of their host countries.

The GCC countries are situated among the top twenty countries worldwide where non-nationals outnumber national citizens. Both Saudi Arabia and the UAE are among the top ten countries accommodating the largest migrant populations in the world. Especially in the construction sector, over 90% of the workers are migrant workers. Over the last 10 years, the number of migrants residing in the GCC countries has increased considerably.

Migrant laborers are vulnerable members of society. They are often engaged in what are known as 3-D jobs: dirty, dangerous and demanding (sometimes considered degrading and demeaning). These workers are often hidden from or invisible to the public eye and from public policy.

The non-national construction workers in Qatar, building infrastructure for the new city which will host the 2022 World Cup matches, have received international attention due to the presumably high rates of safety violations at work. Qatar’s kafala sponsorship system, which is used to recruit the majority of its workforce, has prompted international outcry because it limits workers from changing jobs or leaving the country without a permit. According to the ILO, the Qatari government has since made substantial progress on its three-year technical cooperation programme to ensure “compliance with ratified international labor conventions as well as achieving basic principles and rights related to work in Qatar”.

Improvements are great in many fields of the world of work; however, work itself is under constant change and therefore, occupational health and safety issues are changing as well. As seen from the GCC countries point of view, many of the old problems remain, at the same time when new winds are blowing from the “Future of Work” window.

Similarly to other oil-rich Arab countries, Kuwait continues to rely heavily on its foreign workforce. Of its current 4.5 million population, 1.35 million are Kuwaitis, the rest being non-Kuwaitis from the neighboring or even more remote, often poor, countries, such as India, Egypt, Bangladesh, Philippines and so on.

Most migrant workers in Kuwait are of Asian origin and the largest group consists of Indian nationals. Approximately 80% of the foreign residents are active laborers, and make up some 83% of the workforce. In the private sector, non-Kuwaitis constitute over 90% of the workforce. Foreign nationals from Arab countries tend to hold higher positions with more responsibility, such as manager positions. Asian migrant workers generally work in crafts and service sectors. Despite the commonness of foreign nationals to travel to Kuwait to work, the conditions of the migrant workers have been of concern for the ILO.

Thus, the Kuwait foreign worker sponsorship system mandates that expatriates must be sponsored by a local employer to get a work permit. This system is being changed to a system to allow expatriate workers to transfer their residence permits to the Ministry of Social Affairs and Labor. In this system, it is the government which is the only sponsor.

Many of the migrant workers in Kuwait are low-paid manual workers. Cleaners and menial labor come mainly from India, Bangladesh and other Asian countries. Thousands of them work in the streets of Kuwait. Most take extra jobs on the side to supplement their income.

The newspaper Kuwait Times (retrieved 2018-12-07) interviewed Mr Ameen, a worker from Faridpur, suburb of Dhaka. He works as a street sweeper and shrub and tree cutter in Kuwait.

In summer, Mr Ameen wakes up at 3 am and starts his job in Shuwaikh from 4 am, and is back in his accommodation by noon. Mr Ameen and his Bangladeshi colleagues are taken by bus at 3:45 am and reach their assigned area by 4 am. They all work speedily at their designated areas to finish as soon possible. “The instruction from our supervisor is to clean the area quickly so we can take rest when the sun is up.”

Despite being only 30 years old, Mr Ameen has a 14-year old son and a 3-year old daughter. He got married when he was 15. Mr Ameen worked first as a carpenter, but the money he earned from making tables and chairs was not enough for the family. “So, I told my wife that I should go abroad”. Mr Ameen identified an agent, paid about KD 500, and found himself in Kuwait. He was hired as a cleaner, and signed a contract to receive KD 40 monthly. This was later increased to KD 60. “In my spare time, I clean cars so I can earn extra cash”, he added.

Mr Ameen is a fairly typical guest worker in Kuwait. As a street cleaner, he works hard, lives a simple life, and sends much of the salary back to home to support his family. The work is unskilled manual work, not stimulating, sometimes done under the burning heat of the summer sun and cold in the winter. And yet, this is something these workers opt to accept to maintain their families left behind.

Occupational safety and health conditions have improved over the years for migrant workers in general, including street cleaners. Kuwait bans outdoor work from 11 am to 4 pm from June 1 to August 31. Mr Ameen’s day concludes and the transport bus returns to take them back to their accommodation. Timings during winter and autumn are from 5 am to 1 pm.

Exposure to heat is unavoidable in Kuwait, as is exposure to air pollutants: particle matter content exceeding 10-fold the WHO Air Quality Guidelines is common. Street cleaners use little or no protection while working. Using the sweeping techniques of the past, street cleaners are highly exposed to airborne concentrations of the fine and ultrafine particles from street dust. The nature of street cleaning work has not materially changed over the years. In the 21st century, the cleaning of streets could be done with machinery, which sucks in dust and other toxic materials. The situation will change, for sure, in the future. An important reason for the change will be the increasing demand for the control of the street dust and air pollution in general. Air pollution is a ‘silent killer’, the main component being the invisible fine dust. This particle matter cannot be cleaned by manual sweeping – it requires more technologically advanced tools.


Domestic workers from the Philippines

There are more than 250,000 migrant workers in Kuwait from the Philippines, approximately 60% of them working in domestic labor. There have been reports on individual cases of mistreatment and harassment of domestic workers. The Kuwaiti authorities have responded quickly, apprehending the people responsible for mistreatments. The Kuwaiti government passed legislation in May 2018 requiring employers to allow Filipino migrant workers the right to possess their passport, the right to a 12-hr work day with one-hour break and one day off per week, an end-of-the year bonus, and access to a working cell phone. (The National. Retrieved 2018-08-08)


What can ILO do in the years to come?

Productive employment and adequate working conditions are key elements to achieving fair globalization and poverty reduction. While Kuwait is giving work to millions of people from poor countries, they are expected to follow the ILO’s work principles in their employment. The ILO has developed an agenda for the community of work looking at rights at work, social protection and social dialogue, with gender equality as a crosscutting objective.

Disclosure statement: The author is not aware of any affiliations, funding, memberships, or financial holdings that might be perceived as affecting the objectivity of this paper. The author alone is responsible for the interpretations and opinions presented. 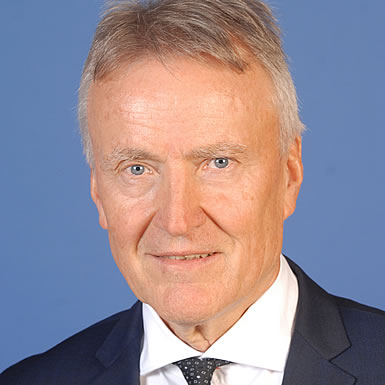