In the last 50 years occupational safety and health (OSH) professionals have become a prominent fixture in the world of work in most industrial countries. They are employed by companies directly, or are hired in on a part-time contract basis from OSH services. We have seen a huge increase in the numbers of people making a life-time, or at least a second career out of work in this area. National professional associations have grown to represent them. They seek to codify the entry requirements, education and training needs and career paths for these aspiring OSH professionals and to establish professional codes of conduct and ethics for their advisory and monitoring work. This is a step to gaining recognition as full-blown professions, alongside medicine, law, different branches of engineering, accountancy and many others. In the last 30 years national professional associations have come together at European and International levels(1) to compare and seek to harmonise these requirements and take the aspiring profession to another, global level of service.

This contribution looks briefly at where the demand for OSH professions has come from. Why can’t line and top managers deal with all OSH demands based on their existing authority, knowledge and skills? If separate OSH staff are needed, how has that demand been structured, what professional groups have become involved and how has the demand and response changed over the last 200 years? Finally, what does that all say about the future of the OSH professions?

The first people to work substantially full-time in jobs focussed on occupational safety and health were the four inspectors of factories appointed in 1833 in Britain and reporting to the central government. They were charged with enforcement of the law passed that year regulating, in designated industries, the minimum age of employment, the hours and conditions of work of children and young persons and the provision of education for them. Central government enforcement was deemed necessary because there was no other stakeholder powerful enough to protect young persons without it. As regulation became more voluminous and complex and as it spread to ever more complex safety and health issues demanding more specialist knowledge, the inspectors had to spend more time explaining what the law meant and how it could be complied with, before enforcing it.

From the late 19th Century large and especially hazardous companies began to designate dedicated OSH staff, whose work mirrored that of the inspectorate. They took on monitoring roles in support of their line and top managers, inspecting OSH hardware and rule compliance, being one step ahead of the government inspectors in their information and enforcement roles. This was the beginning of the road to professionalisation, as these dedicated OSH staff found each other and began to compare notes and strategies. For small, relatively low hazard companies the employment of dedicated OSH staff was too expensive. Some countries, such as Germany, have recognised this and allowed top managers in such small companies to take on the full OSH role, provided that those managers follow an approved training course. Others, like the Netherlands, have taken another road. They required companies to hire in OSH services staffed by a designated range of specialists – safety specialists, occupational hygienists, occupational physicians and work and organisation specialists.


3. The development of generalist and specialist OSH professions

The early developments sketched above soon gave rise to some questions and conflicts. Given the tendency of aspiring professions to stake a claim to ownership of specific tasks, models and methods, which should be permitted to own what? Was the knowledge of the full range of hazards and their prevention across all industries so broad that it was beyond the capability of one specialist to understand and advise on it? If so, how could that breadth of knowledge be best divided between those competing professions to ensure a viable depth in each area coupled with effective communication and collaboration across the divides between them?

The solution which seems to be emerging, at least in countries which have been influenced strongly by the developments in the UK, is to set up a matrix. One professional group concentrates on a broad, but relatively shallow expertise, in this case the OSH professionals. Where that profession lacks the depth to cope adequately with the presenting hazards, prevention techniques or OSH management, they call upon supporting OSH professional groups and individual consultants to assist. These second-line professions include at least occupational hygiene, occupational medicine, occupational health nursing, physiotherapy, ergonomics, structural (and other branches of) engineering, risk analysis, change management, industrial relations, organisational design and many more.

There is a useful parallel to draw with the way medical diagnosis and treatment are organised for the general public. General Practitioners (GPs) deal with a whole range of health problems in society, but refer complex and rare cases to specialist consultants based in hospitals or other health centres. The advantage of such GPs is that they are more likely to see their patients holistically, rather than focussing on just one body system or disease. The generalist OSH practitioners should have this same broad vision of the overall OSH of the enterprise for which they work and the same emphasis on diagnosis, learning and system design.

The last 100 years has seen OSH expand from a largely technological base, concerned with machinery guarding and later with chemical safety and occupational hygiene. Concerns with human behaviour, training, accident proneness and rule compliance were added from the 1920s, ergonomic design in the 1950s and safety management from the 1970s. Research has shown that quite a few countries now recognise two levels of generalist OSH professional, one at technician level concentrating on tactical technological and behavioural issues centred around the workplace, and one at a strategic management level focussing more on organisational issues.

Meanwhile industrial companies have been experimenting with combining OSH with environmental hazards in combined staff departments, sometimes with quality, sustainability and even security as additional objectives. They pointed to the great similarities between the ISO standards for quality management, OHS management and environmental management, all based on variants of the Deming Circle (Plan, Do, Check, Adjust). But is this resemblance enough to combine those staff departments and give them to the OSH professional, with the support of a range of new second-line specialist professions to cope with the complexity of organisational design and management?

In this piece I have shown that the OSH professions, ever since their inception, have adapted to changes in the developing technology of work, the understanding of the resulting hazards and their controls rooted in technological, behavioural and occupational design and management. What of the future? What challenges can we see to their future role? 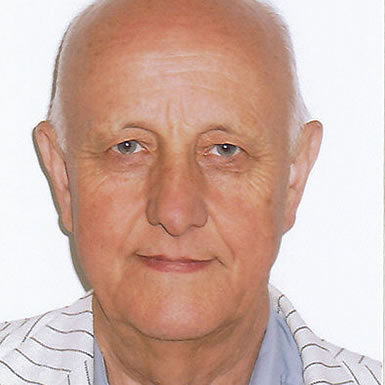