The world of work is rapidly changing and that may create new occupational health risks. To prevent subsequent health effects in workers, it is important to predict or at least recognize in a timely manner these new risks to open up possibilities for intervention and if possible prevention. But how can we foresee the risks we will be facing? Obviously one can expect certain occupational risks to occur when studying major developments in work and working conditions. But there will also be the unexpected risks, coming from unforeseeable events or yet unknown consequences of changes in work or working conditions. How can we prepare for both expected and unexpected risks in the future of work?

Expected and unexpected ill health in the future of work

A common approach in risk assessment is to predict potential health consequences from already identified or expected risks. In this way identified and expected changes in future work can help to predict changes in work-related ill health. An example of an already identified change is the digitalization of work with its fast introduction of new information and communications technologies. We can recognize its profound impact on work and life. Many workers will embrace the positive aspects of digitalization. The constant connectivity enabled by it, allows us to work at any time and from almost anywhere. This comes with greater working time autonomy and a possibility to collaborate with people all over the world. But we have to realize that being connected 24/7 may also have harmful aspects, such as a tendency to lengthen working hours and the growing interference between work and private life. With increasing demands to be “on” all the time the levels of work-related stress will rise with potentially serious implications on workers’ health. It is safe to predict an increase in psychological problems like burnout, depression and anxiety. But since the balance between work and rest is jeopardized, it may also increase certain chronic diseases. We are for example losing sleep: in 1942, we slept 8 hours a night, but currently the average number of sleeping hours is under seven; in Japan even under six. Worrying, because many chronic diseases have a strong causal link to deficient sleep, including Alzheimer, cancer, obesity, and diabetes.

An example of an expected change is the rising of the global temperature through climate change. Research has made it clear that the expected rise of at least 1.5-2.5°C in the coming decades can have severe consequences. The expected increase in occupational heat strain (i.e. the effect of environmental heat stress on the body) threatens workers' ability to work and live healthy. Rising daytime temperatures will regularly breach physiological limits and make sustained work increasingly difficult or even impossible, especially during the day. This may threaten the work of approximately one billion people, mainly in regions around the equator. It will also increase work-related diseases connected to heat strain, such as cardiovascular and kidney disease. Another effect of climate change are regional shifts in the occurrence of infectious diseases, in particular vector-borne (tick, mosquito) and water-borne diseases. These “tropical” diseases will start to appear in moderate temperature regions due to even small changes in temperature and precipitation.

But there will also be work-related diseases one cannot really foresee, among other the diseases caused by exposure to chemical substances in the workplace. It is estimated that about a thousand new chemical substances are introduced in work each year. They come on top of the approximately 100,000 chemicals already in use. And although we know a lot about the hazards and risks of chemicals for workers’ health, there is even more we don’t know. Thus, although the occurrence of new work-related diseases caused by chemical exposure is to be expected, it is hard to predict their precise nature beforehand. There will be known diseases caused by new substances: each year new sensitizing agents are identified causing skin disease or asthma. But also known substances may cause new disease or cause disease in new work settings. Recent examples are the well-known solvent styrene being more and more implicated as carcinogen and cases of silicosis in workers cutting artificial stone for kitchen benchtops.

There is a wealth of research on major changes influencing work in the future such as the effects of digitalization and climate change. To cope with these expected risks there are well-defined methods of risk assessment and management. Although far from perfect, hazards can be identified and risks calculated from exposure. Consequences can be reduced by limiting exposure to hazards and providing appropriate treatment when such exposures occur. On the other hand it is more difficult to prepare for the unexpected hazards and risks. These might be only detected when workers present with disease and providing this is recognized as potentially work-related. It calls for vigilant health professionals prepared to investigate further to establish a relation between disease and work. Often, this is difficult and it may well be disputed. Nevertheless detecting signals of new work-related disease should be appreciated as an early warning sign. A sign that something is out of control in the workplace - an occupational sentinel health event. In the end, coping with unexpected risks is little different from coping with expected ones. The main difference is the extra step needed to establish a causal connection between health effect and exposure.

Prevention of work-related ill health in the future of work is only possible if we find ways to prepare for expected as well as unexpected risks. We urgently need proper risk assessment and management. But we also have to develop a complementary approach in which the occurrence of diseases in workers will be a warning sign and a starting point for action. It is necessary to strengthen the link between the assessment of hazards and risks in the workplace, clinical alerts from occupational medicine, epidemiological research and policy actions. This starts with collecting, sharing and disseminating information on diseases as well as exposures to raise alert on emerging health problems earlier, thus triggering timely prevention. 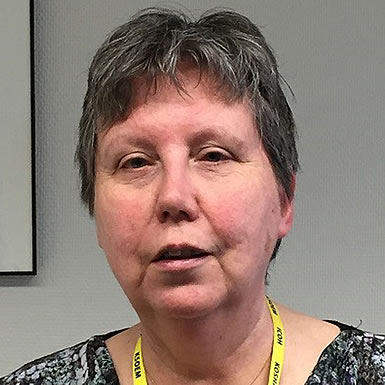