In recent years, the ILO has supported the Government’s initiative for “Mainstreaming Employment Intensive Investment Strategies and Social Protection in Government Operations (2016-2020)” Its objective is to support the creation of an employment and social protection promotion unit within the Government of Mozambique (GoMZ). This unit aims to promote the country to effectively utilize public investments on both infrastructure and social protection in order to contribute to its developmental objectives and improve the labour market situation and the situation of the poor in general. The ILO supported in carrying out country assessments of the possible impacts of the economic crisis on Mozambique’s labour market, in particular on the livelihood of the poor. The result was used to identify the most effective public spending (between public works, employment guarantee act, universal social protection, or targeted cash transfer programmes) to mitigate the negative effects of the crisis.

The ILO also recently embarked on the implementation of a project “Decent Work for Sustainable and Inclusive Economic Transformation in Mozambique,” or MozTrabalha. The project is run for 5 years with a budget outlay of US$ 6.1m provided by the Swedish government. The project was launched in December 2016 and seeks to contribute to the creation of decent work for Mozambican women and men, in particular youth and rural residents.

With the Mozambican National Employment Policy (NEP) having been adopted in September 2016, the MozTrabalha project aims to support the GoMZ as well as national ILO constituents in the implementation of the NEP, by adopting a market systems approach towards the promotion of employment-intensive investment, green jobs and sustainable enterprise development, as well as women economic empowerment (among other areas). The primary focus of the employment intensive component is to demonstrate models of intervention that can be adopted in order to meet the twin challenges of increasing decent work creation and delivery of quality infrastructure that can unlock market systems bottlenecks. This is done through the dissemination and adoption of EII methods and the implementation of demonstration pilots that involve the training of young entrepreneurs so that they are able to take part in the creation and maintenance of critical rural and urban infrastructure using the employment intensive approach. The training strategy draws heavily on ILO’s experiences in the country, particularly its work with the Ministry of Public Works and Housing relating to capacity building for employment intensive works since the early 1980s. The project has supported young women and men to develop their skills in gabion ditch infrastructure works to minimize land erosion risks. Similarly, the project also supported the development of recreational infrastructure within a community space to create a sense of belonging and social cohesion to enhance the community vitality. This intervention in Beira was featured by the UN as a good practice.

In March and April 2019the country was hit by two consecutive tropical cyclones (Idai and Kenneth) that left a trail of death, damage and destruction in their paths. More than 200,000 houses were destroyed, and remote rural areas face difficulties accessing basic goods and services. These victims of the natural disaster face the challenges, in addition to meeting their basic needs, of increasing unemployment as well as decreasing incomes, which are all detrimental to ensuring human security.

The ILO quickly responded to the aftermath of Cyclones through the restoration of public services. The ILO has rehabilitated a technical and vocational educational training (TVET) center in the disaster-affected areas, using climate-resilient alternative construction materials, while generating short-term employment for the young workers who were affected by the disaster. In the short-term, the public employment scheme serves as a form of social protection. In a context where extreme weather events will only become more and more common due to climate change, the needs are expanding for resilient construction techniques to be mainstreamed throughout the project design for long-term sustainable development outcomes. The rehabilitated TVET center will serve as an institution to mainstream such resilience in the technical and vocational education.

MozTrabalha is also promoting the use of local alternative construction materials through training and provision of manual presses to young local entrepreneurs in 3 provinces. These materials’ production is very labor intensive, economically viable and low emissions. This has been put forward as an alternative for post cyclone reconstruction.

Moztrabalha has also piloted several EII road paving technologies, such as the use of interlocked blocks in Maputo. The Government of Japan has also contributed to expand these pilots and support the restoration in the disaster-affected areas through the dissemination and piloting of EII paving techniques (2020-2021).

Mozambique has suffered from the recent financial crisis as well as from major natural disasters related to climate change, adversely affecting national development. However, these crises have created major opportunities for infrastructure investments that would make the country prosper and more resilient to climate change. Similarly, a joint research between the ILO and the United Nations Environment Programme (UNEP) on green jobs suggested that investments in energy efficiency, renewable energy, sustainable agriculture, forestry and other sectors could create large numbers of jobs and contribute to sustainable economic and social development.

Public investment, in particular in infrastructure and construction, can play a key role in this regard. Due to the high level of sectorial investment and their significant contribution towards growth and development, agriculture, mining and infrastructure sectors have the highest potential for creating job opportunities in Mozambique and helping to considerably reduce the current unemployment rate. In order to realize this objective, employment should be made central to both national and sectorial policies, and practical measures should be adopted to optimize the increased use of local resources. Increasing the use of locally available resources also contributes to local economic development through the production of marketable products and increased business activity.

Since the early 1990s, Mozambique has been practicing employment intensive investment in the infrastructure sector, especially in the road sub sector.

In 2009, the Government of Mozambique (GoMZ) initiated a project that was aimed at putting employment at the centre of national development agenda. The project promoted the establishment of an employment intensive policy unit within the GoMZ structure to develop policies targeting the use of labour based methods in infrastructure investments. Unfortunately, the implementation period of the project was curtailed from 24 to nine months due to funding constraints. The ILO however managed to develop the Dynamic Social Accounting Matrix (DySAM) tool and there was great interest on the part of the Government in applying the tool for assessing employment impacts in infrastructure investments.
The DySAM offers a platform for bringing together economic, employment and environmental concerns through its accounting multiplier framework and satellites accounts. This offers the possibility to consider the impact of provision of incentives on carbon emissions, economic growth and employment creation. Policy makers can use this instrument to assess the structural shifts that would promote inclusive and sustainable growth and develop policy measures designed to mitigate social costs and harmonize development outcomes in order to mitigate climate change.

A recent ILO study for Mozambique used the DySAM tool with a carbon emission satellite account for economic activities and actors. The study showed that households are the strongest emitters of carbon through the consumption of solid biomass. In response, two sets of strategies were proposed in order to reduce these carbon emissions as well as to contribute to raising employment. The first strategy included sustainable forest management in which carbon emissions were reduced by reversing deforestation, leading to job creation for the low skilled. The second strategy aimed at installing solar panels by replacing solid biomass consumption with solar energy, thus creating jobs for low skilled and skilled workers who have a multiplier effect throughout the economy. A recovery of the Mozambican forest will also contribute to reduce its vulnerability to natural disasters that most poor people in rural area are exposed to, and therefore contribute to climate change adaptation. Such a strategy reduces vulnerability, especially in rural areas, and creates new sources of income.

Ernst, C. and Iturriza, A. 2011. Environment and employment: A DySAM assessment of the potential employment and social dimension of climate change measures in Mozambique, paper 4 presented at the 14th ILO Regional Seminar for Labour Based Practitioners, Accra, 5-9 September. 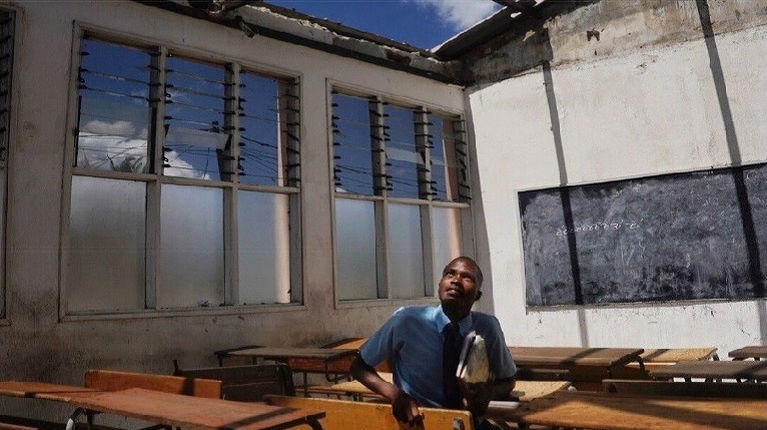