From 25-26 June 2019, the United Nations Inter-Agency Task Force on Social and Solidarity Economy (UNTFSSE) organized an international conference on “Implementing the Sustainable Development Goals: What Role for Social and Solidarity Economy (SSE)? ” at the ILO headquarter in Geneva. UNTFSSE was established in 2013 to raise the visibility of the SSE in international knowledge and policy circles for the integrated implementation of the 2030 Agenda for Sustainable Development. Currently chaired by the ILO, the task force has 19 UN Agencies and the OECD as members and 10 civil society organizations as observers.


The two-day conference brought together more than 150 policy makers, researchers, and practitioners from over 60 countries. It aimed to share evidence and ideas about the connections between SSE and people, planet, prosperity, participation and partnerships in different local contexts. It also intended to demonstrate concrete ways in which SSE organizations contribute to the implementation of the SDGs.

ILO staff participated and presented at pre-conference and opening sessions and chaired breakout panels throughout the two-day event. Ms Simel Esim, ILO Cooperatives Unit Manager participated in the pre-conference on “Leaving No One Behind: What Role for Social and Solidarity Economy?” on 24 June as a panelist. The speakers were asked to elaborate on how SSE can effectively contribute to the integration of those left behind by declining social assistance, and create solidarity for vulnerable groups. Ms Esim focused on initiatives related to migrants and refugees. In the ensuing discussion financial sustainability and reaching scale were among the issues discussed.

Mr Oumarou highlighted the ILO Centenary Declaration for the Future of Work adopted at the 108th International Labour Conference that states “the ILO must direct its efforts to supporting the role of the private sector as a principal source of economic growth and job creation by promoting an enabling environment for entrepreneurship and sustainable enterprises, in particular micro, small and medium-sized enterprises, as well as cooperatives and the social and solidarity economy, in order to generate decent work, productive employment and improved living standards for all”.

Mr Van Vuuren highlighted the importance of SSE in balancing economic, social and environmental objectives and also called for the need to increase visibility and recognition of SSE and enhance its impact and scalability.

The conference was made possible with the financial support from the Government of the Republic of Korea (represented by Statistics Korea), the Ministry of Labour, Employment, Social Economy and Economic Solidarity of Luxembourg, the UNRISD and the ILO. 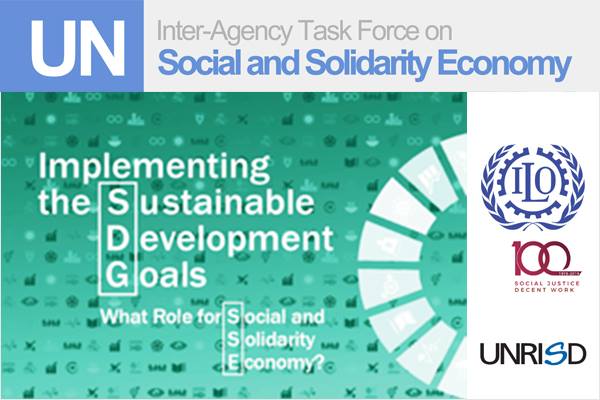