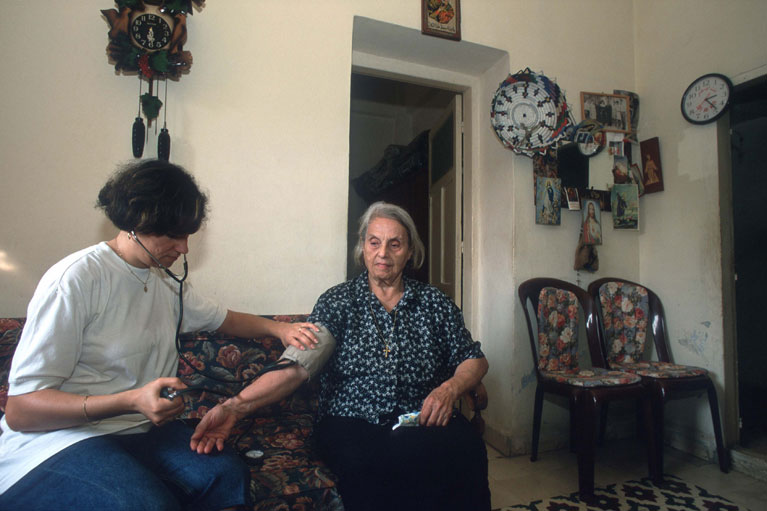 Long-term care (LTC) refers to support that is needed by older persons with limited ability to care for themselves due to physical or mental conditions, including chronic diseases and multimorbidity. The needed support, depending on the degree of limitation, can be provided at home, in the community or in institutions and includes for example assistance with daily living activities such as dressing, medication management but also basic health services. Such services are usually provided by formal or informal workers, paid or unpaid. Formal workers might be skilled health or social workers that are employed, for example in nursing homes. Informal care workers include unpaid family workers and paid caregivers who are undeclared to social security authorities and work outside formal employment regulations.

Due to the demographic ageing of the world’s population the number of older persons in need of LTC is expected to grow significantly in all countries. Yet the majority of countries do not provide any LTC protection. More than 48 per cent of the world’s population is not covered by any national legislation. Another 46.3 per cent of the global population is largely excluded from coverage due to narrow means-testing regulations that force persons aged 65+ in need of LTC to become poor before they become eligible for LTC services. Only 5.6 percent of the global population lives in countries that provide LTC coverage based on national legislation to the whole population. Most seriously concerned by the public neglect of LTC needs for older persons are women.

Critical shortages of LTC workers make quality services unavailable for large parts of the global population aged 65 and over: in 2015 there was a global shortfall of 13.6 million formally employed LTC workers. Filling these gaps would create employment particularly for women and in rural areas where gaps are most severe – and provide access to urgently needed services.