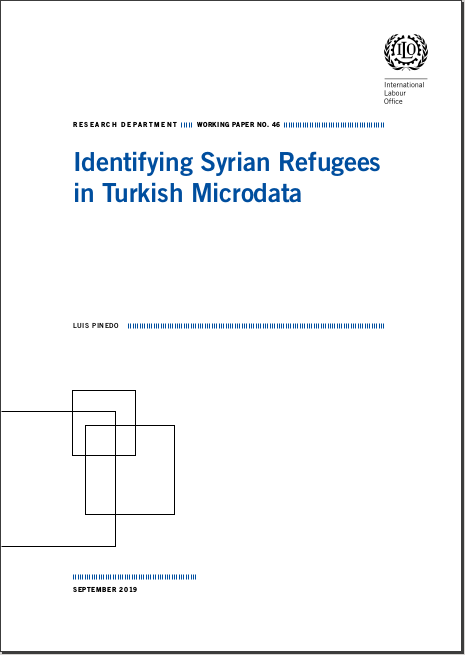 Download:
This article proposes a strategy to identify Syrian refugees in Turkey’s Household Labour Force Survey (HLFS). Even though Turkey’s HLFS contains information on the migrants’ year of arrival to Turkey, it does not provide details on their nationalities. This unfortunate feature mixes Syrian refugees with the normal flow of migration that arrived to Turkey during the Syrian war. I propose to eliminate the regular flow of migrants arrived between 2011 and 2017 by matching them (based on their characteristics) with the migrants arrived in the 2004-2010 period. This method obtains, indirectly, non-regular migration, i.e. Syrian refugees. The results show that the age distribution of the non-regular migrants identified matches the age distribution of Syrian refugees as officially released by the Turkish government. At last, I propose a post-stratification adjustment of the survey weights to find the actual geographical distribution of Syrian refugees in Turkey.