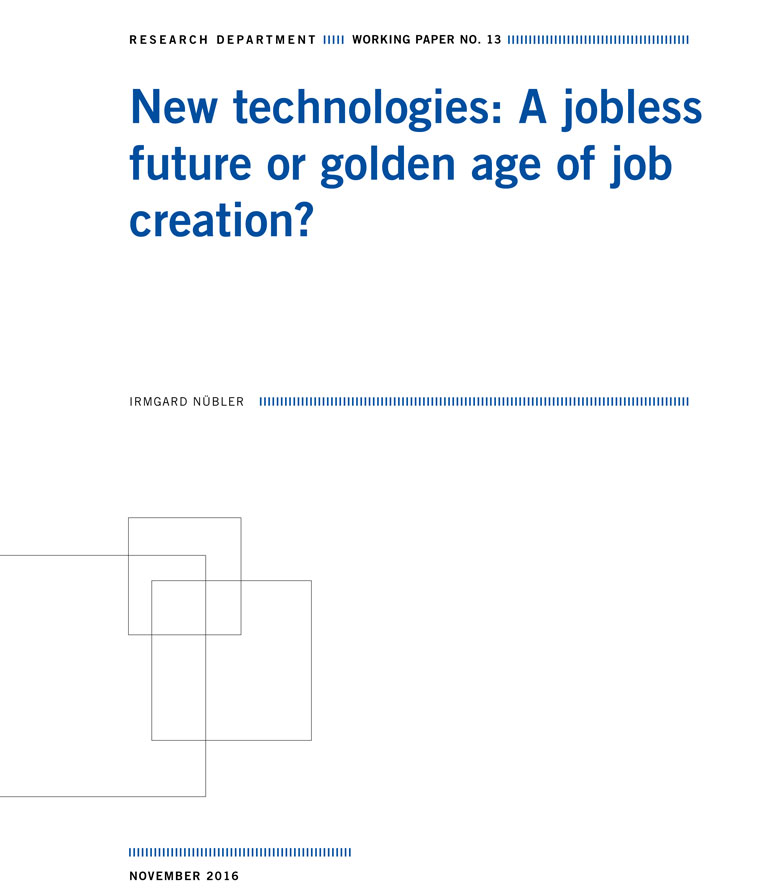 Download:
The new wave of technological innovation is expected to fundamentally change the future of jobs. The current debate on the impact of emerging technologies on jobs, however, is controversial. Some expect a jobless future, while others argue that history will repeat itself, and new technologies will eventually create new and better jobs.

But will history repeat itself also this time? This research aims at a better understanding of the dynamics of job destruction and job creation. The paper develops a framework to explain the nexus new technology, innovation and job, and the forces shaping the labour-saving as well as job-creating innovations by integrating insights from different economic traditions.

It firstly explains the role of market forces in driving labour-saving process innovations as well as incremental adjustment processes that generate jobs. Social capabilities are introduced to explain empirically observed differences across countries in net job-loss. In a final step, this paper explains the long-term dynamics of social transformation that leads to transformative changes in the economy, and to a golden age of jobs creation in a process of creative destruction.

This framework suggests that technological change and the future of jobs is not deterministic, but needs to be shaped, and that market and societal learning processes drive endogenously transformative processes that lead to the generation of new jobs.

Technology transforming industries critical for growth and jobs in ASEAN

Transforming Economies: Making industrial policy work for growth, jobs and development No.1 Technological changes and work in the future: Making technology work for all [pdf 386KB]
Skip to top