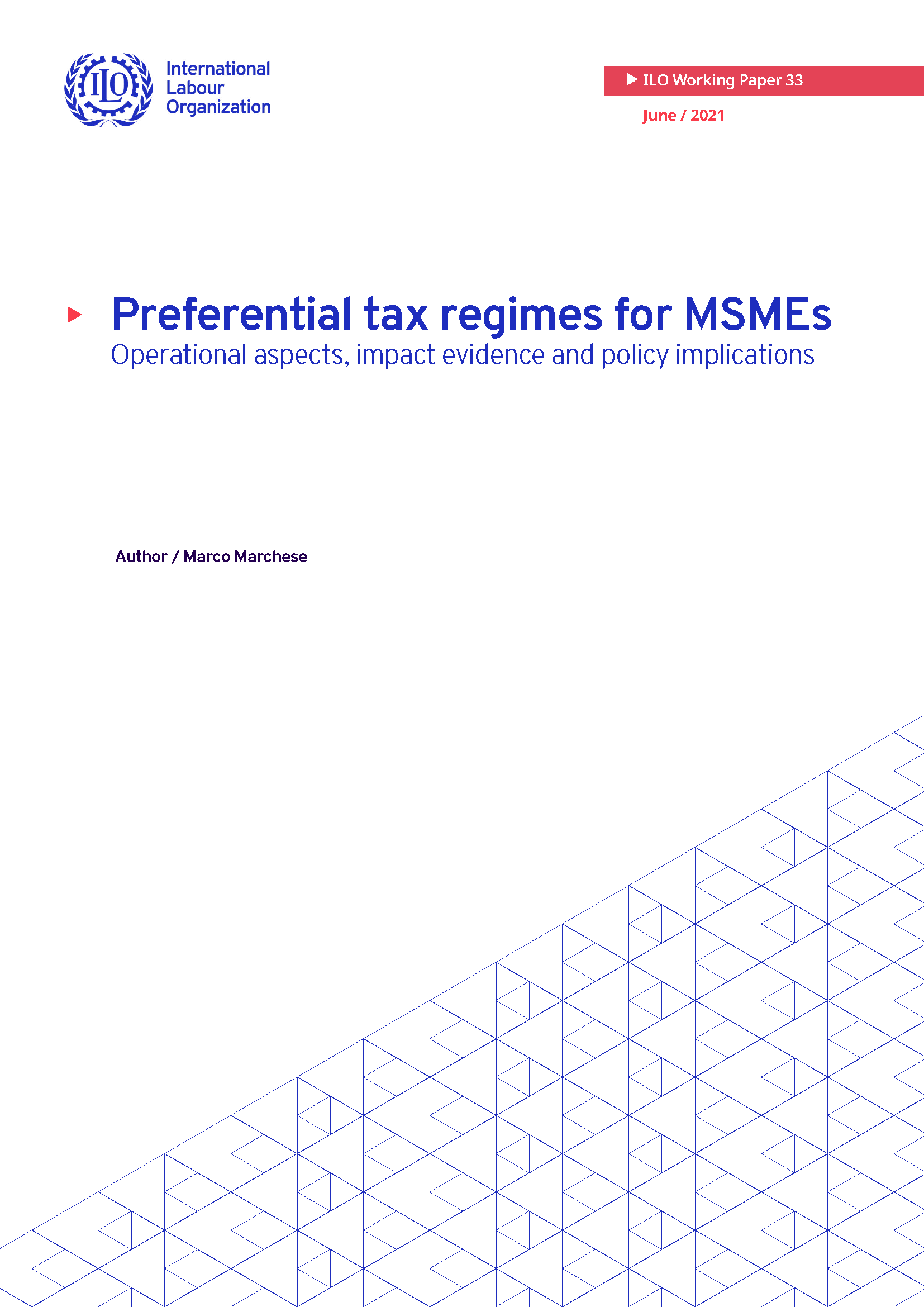 Download:
Drawing on a literature review, this paper looks at the role that preferential tax regimes (PTRs) for micro, small and medium enterprises (MSMEs) play in encouraging enterprise formalization and enterprise growth. The main focus is on emerging economies, notably from Latin America, where this policy has been more widely used and assessed. The first section of the paper introduces some general principles in small business income taxation which help set the context of PTRs for MSMEs. The second section explains the main reasons in favour and against PTRs for MSMEs. The third section introduces a typology of PTRs for MSMEs, focusing on the operational aspects of the two most relevant types in emerging economies: presumptive regimes and small business tax rates. The fourth section discusses the existing empirical evidence on the impact of presumptive regimes on enterprise formalization, enterprise growth and so-called “threshold effects” (when companies avoid growing not to lose preferential taxation). The fifth section draws the main policy messages, while conclusions summarise and put forward some future research ideas.