The expansion of self-employment, the emergence of new forms of work intermediated by digital platforms and, in various countries, the greater informality seen in salaried employment, are indicators of new setbacks for fulfilling the 2030 Agenda’s Sustainable Development Goal (SDG) No. 8, which seeks to promote sustained, inclusive and sustainable economic growth, full and productive employment and decent work for all.

According to the document, due to the low rate of economic growth projected for 2019 (1.3% on average in the region), at a regional level employment and unemployment rates will not undergo major changes in 2019. More specifically, the rates of urban and national unemployment are seen coming in again at around 9.3% and 8.0%, respectively (the same figures recorded in 2018). In addition, with the exception of countries that have strong inflationary pressure, real wages will remain relatively stable, with modest increases predominating.

However, weak economic growth will once again lead to the slow creation of salaried employment, which means that an increase is forecast in jobs of poor average quality, especially certain kinds of self-employment, which will contribute a large proportion of the new positions being created. Therefore, the United Nations organizations fear that labor informality will continue to rise, both due to the weakness in the creation of salaried employment as well as increasing informality among existing jobs in some countries. As a result, it is expected that the employment situation will deteriorate, above all in countries that are facing economic crisis in 2019, such as Argentina, Nicaragua and Venezuela.

Santiago – In the analysis of the region’s labor performance in 2018, there is a noteworthy reduction in the gaps between men and women with regard to participation and employment rates, but this is not true of the unemployment rate – and the increase in women working occurs in a context in which the majority of new jobs are of poor quality.

Meanwhile, the expansion of self-employment contributed approximately 49% of the increase in the number of employed people in the labor market last year, while the creation of salaried employment contributed just 37%. Other categories of employment contributed the remaining 14% of new jobs. This composition of net job creation in 2018 indicates that the largest part corresponds to low-quality work, which would verify a further deterioration in the average quality of work in the region, they state.

In the current edition of Employment situation in Latin America and the Caribbean, ECLAC and ILO affirm that in a medium or long-term time frame such as that established by the 2030 Agenda, progress on fulfilling SDG No. 8 will be affected by a series of trends that will have a profound impact on labor markets, among them the population’s accelerated aging, major migratory movements, and the transformation of the productive structure to achieve environmentally sustainable growth.

Another trend that is affecting labor markets in the region – and which will do so even more sharply in the future – relates to technological transformations, characterized as technological change 4.0, the publication adds.

Recently, with the aim of “harnessing and managing technology for decent work,” the Global Commission on the Future of Work convened by the ILO has highlighted the relationship between new technologies and work as one of the aspects that requires renewed efforts for dialogue and regulation. At a regional level, meanwhile, ECLAC coordinates the Ministerial Conference on the Information Society in Latin America and the Caribbean, in the framework of which the development of policies for the productive and inclusive use of new technologies is promoted, and the seventh session of which will take place in 2020.

“In this twentieth edition of the joint ECLAC/ILO report, a specific aspect very relevant to the relationship between new technologies and decent work is analyzed. Digital platforms create new job opportunities both at a local level as well as in global digital markets. However, in many cases such new forms of work are developed outside of existing regulations, so these workers do not enjoy the labor and social rights established by the corresponding legislation,” Alicia Bárcena, ECLAC’s Executive Secretary, and Juan Hunt, the ILO’s acting Regional Director for Latin America and the Caribbean, warned in the foreword of the document.

This report emphasizes that digital platforms create different modalities of work that have novel aspects, as well as others that conjure up forms of employment already known in the region, such as the work of agricultural day laborers with the intermediation of recruiters, or working from home. In this way, the current debate about regulations suited to these new forms of work must take into account the specific characteristics of the new modalities of work, but at the same time it can benefit from the guidelines developed in the past regarding those labor relations. Both organizations indicate that the regulation of these new forms of work must be the result of a social dialogue that includes all relevant stakeholders. 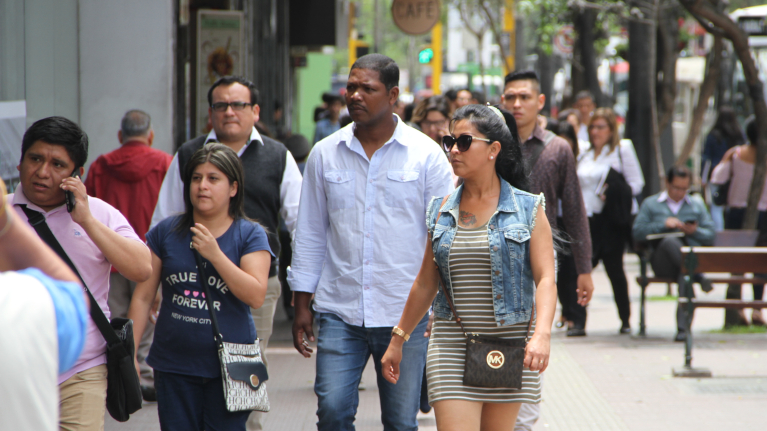 Global Commission on the Future of Work: Work for a brighter future
Skip to top