This story was written by the ILO Newsroom For official ILO statements and speeches, please visit our “Statements and Speeches” section.
GENEVA (ILO News) – Members of the UK House of Lords highlighted some of the achievements of the International Labour Organization and pointed to its continued relevance in a changing world of work.

Speaking during a general debate, Lord Jordan (Labour) highlighted what he called the ILO’s “fight against great social injustices, such as apartheid, child labour and modern slavery.”

“By its adoption of a comprehensive range of international labour standards, it has created a floor of rights for the working world and become the world’s standard bearer for what it defines as decent work,” Lord Jordan, a former general secretary of the International Confederation of Free Trade Unions added.

The ILO has been instrumental in achieving safer workplaces, fairer conditions and better pay; it has been 100 years of steady progress."

Lord Monks (Labour) said the ILO “has been fundamental in establishing the concept and details of human rights in the workplace and upholding the dignity of people at work.” The ILO, he added, “also works to secure labour rights in trade agreements: that is likely to be crucial in any post-Brexit free trade agreements that are to be negotiated.”

Lord Balfe (Conservative) hailed the ILO as “the one independent voice that can put forward demands for decent working conditions, so full marks to the ILO.”

Speaking on behalf of the Government, Lord Henley, parliamentary under-secretary in the Department for Business, Energy and Industrial Strategy, said, “The ILO has been instrumental in achieving safer workplaces, fairer conditions and better pay; it has been 100 years of steady progress.” He pointed out that “the UK took an active part in negotiations on the ILO’s Centenary Declaration on the Future of Work, which sets out its priorities going forward, in the context of the changing world of work … The changes in technology and culture that we face are already transforming workplaces.”

The general debate, held on 18 July, also focused on the future of trade unions and wider industry representation. 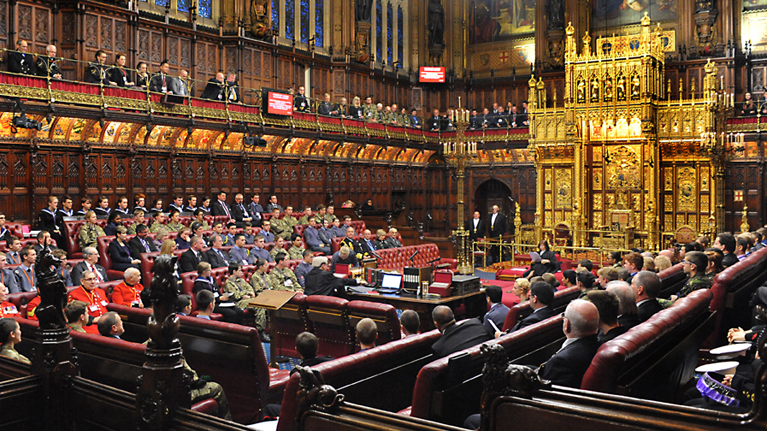