Gender equality and women’s empowerment have implications for growth and development. A reduction in the gap in participation rates between men and women by 25 per cent has the potential to increase the GDP in Asia-Pacific by as much as US$ 3.2 trillion.
Check other game-changing gaps to be addressed and join the discussion on #gamechanger #FoWomenAP 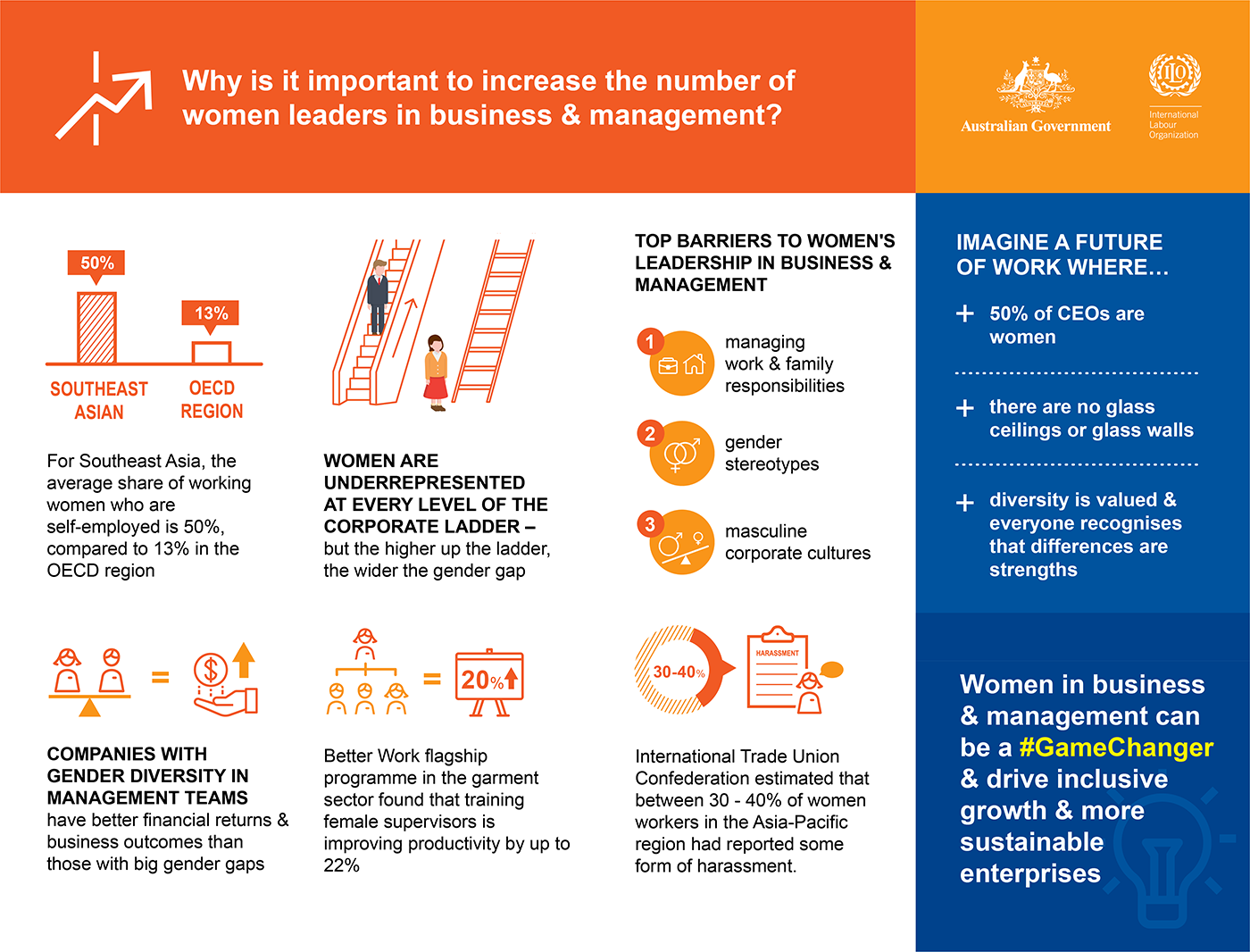 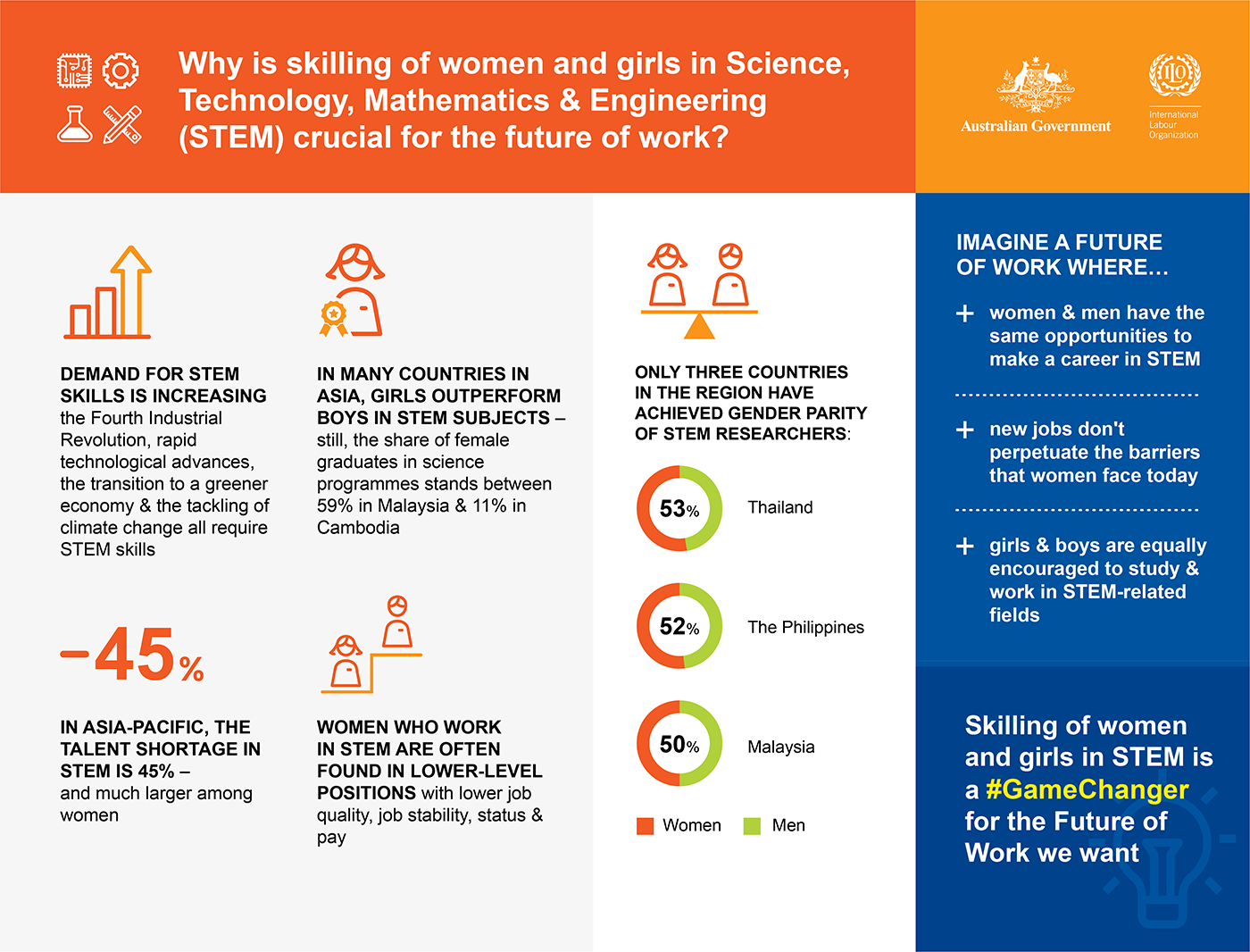 Skilling Women and Girls for the Future of Work: Promoting STEM Only 16% of female students graduate from science, technology, engineering and mathematics (STEM) subjects. Increasing women’s participation in STEM is a #gamechanger for the future of work. 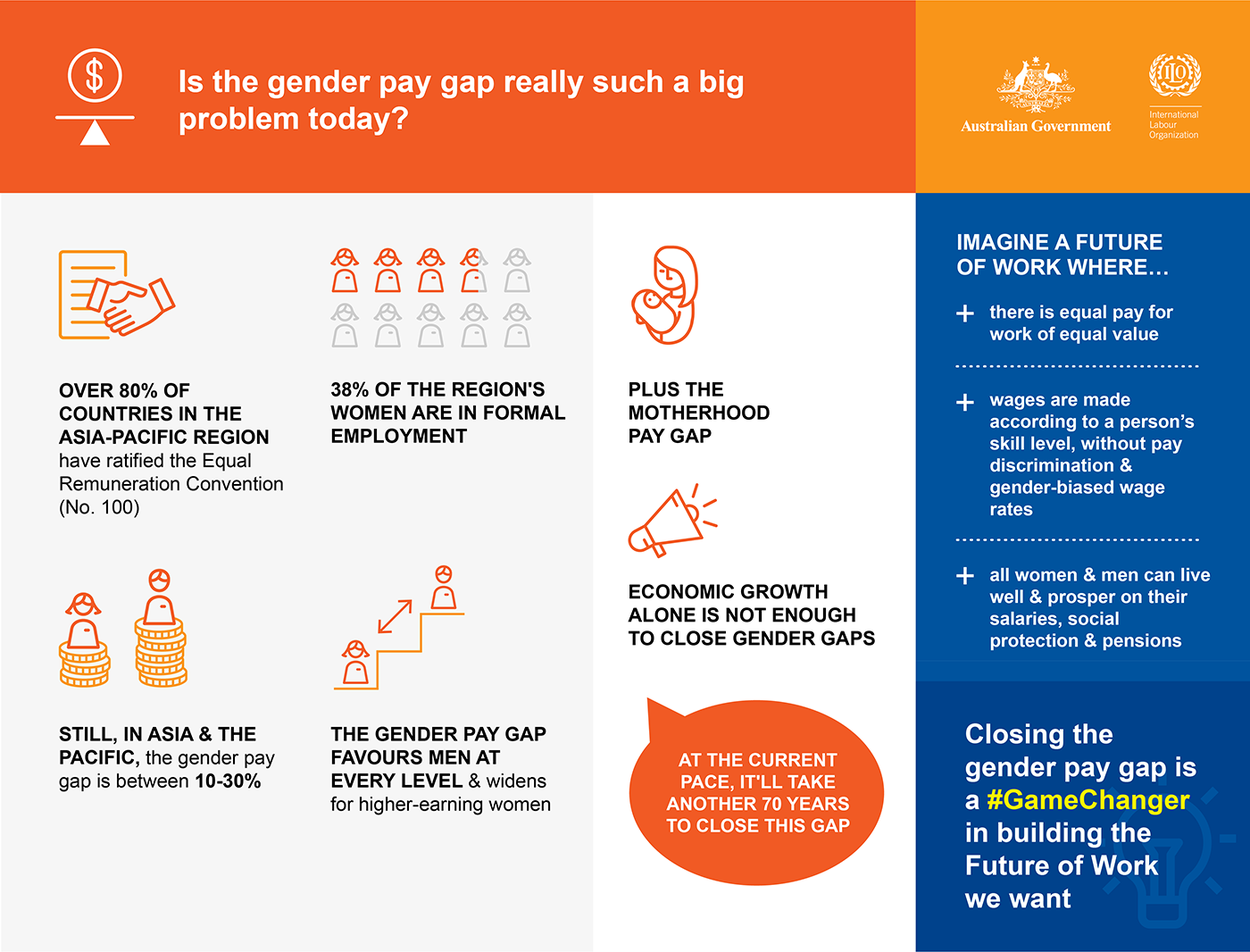 Closing the pay gap: What actually works
Gender pay gaps stand at almost 20 per-cent on average across sectors in the Asia-Pacific region. If we don’t take action now, it will take another 70 years to close the gender pay gap. While an overall gender equality policy is essential for promoting equal pay, gender equality cannot be achieved without equal pay for work of equal value. 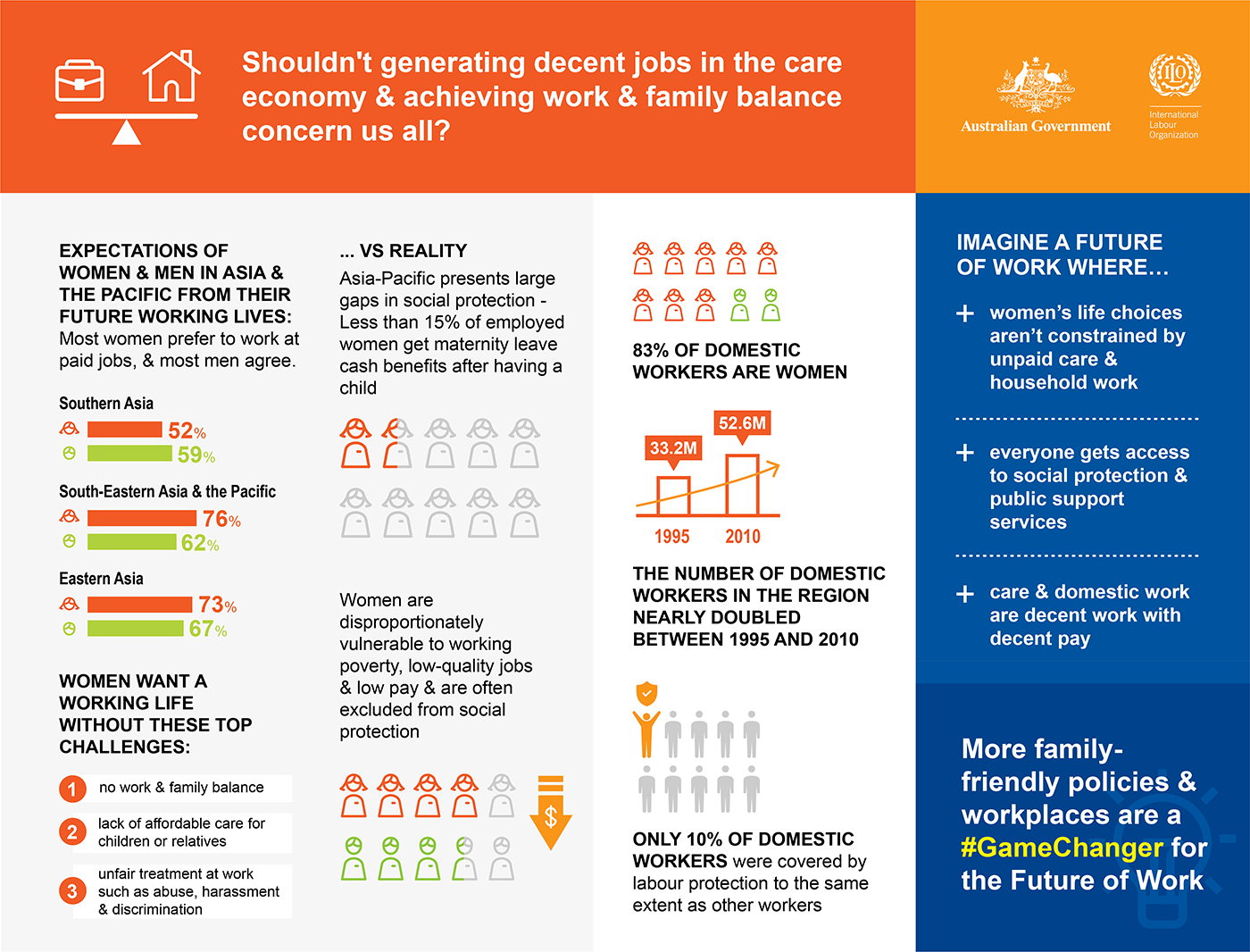 Generating decent jobs in the care economy
Less than 15% of women in employment in Asia receive maternity leave cash benefits. A lack of work family balance is a big challenge to gender equality #gamechanger. 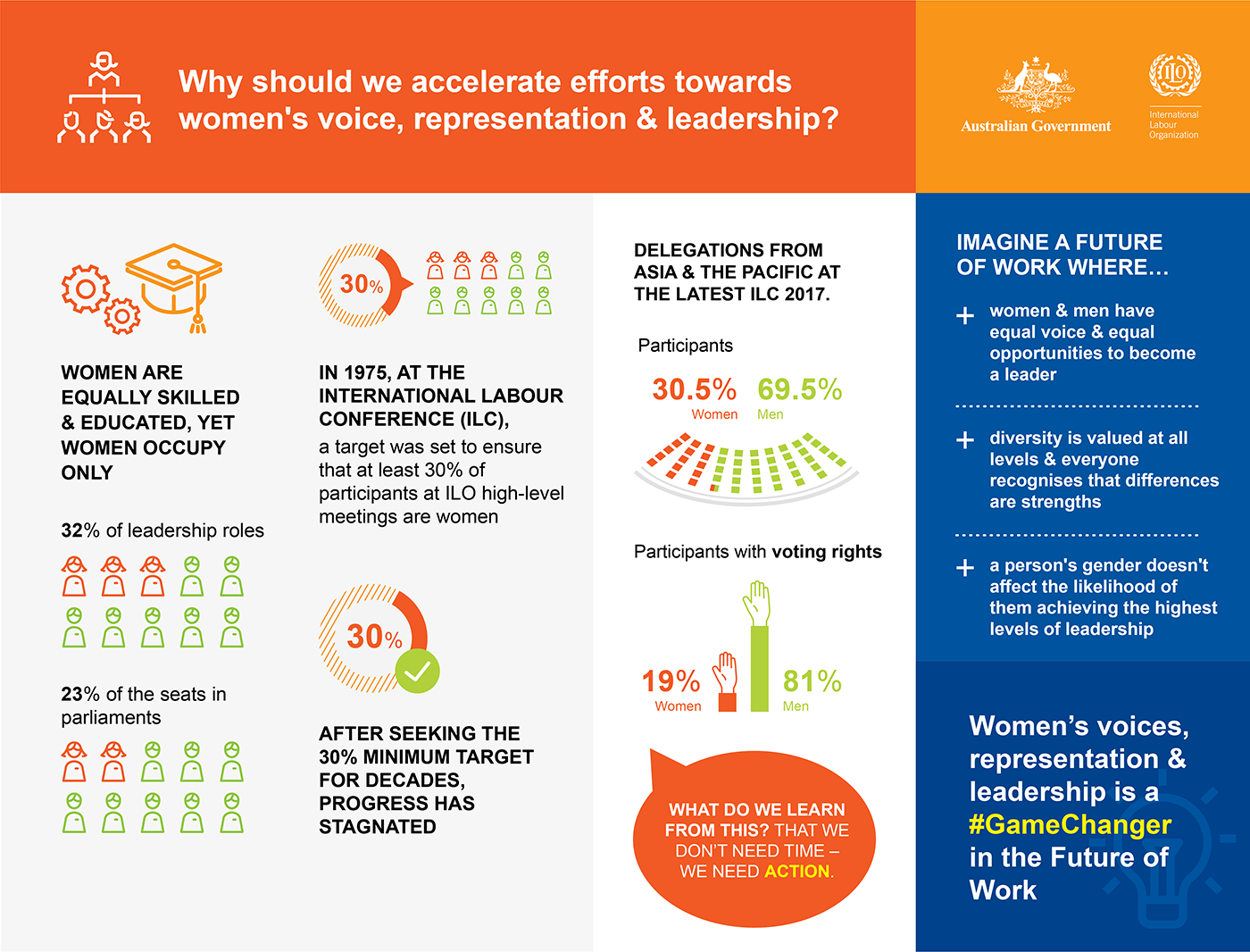 Amplifying women’s voices, representation & leadership
At the current rate, it will take 217 years to achieve genderparity.
Skip to top