As the European Year for Development focuses on sustainable growth, decent jobs and businesses in June, this slideshow gives a snapshot of 12 ways in which the ILO’s Decent Work Agenda has been made possible by virtue of longstanding support from Europe and its institutions. 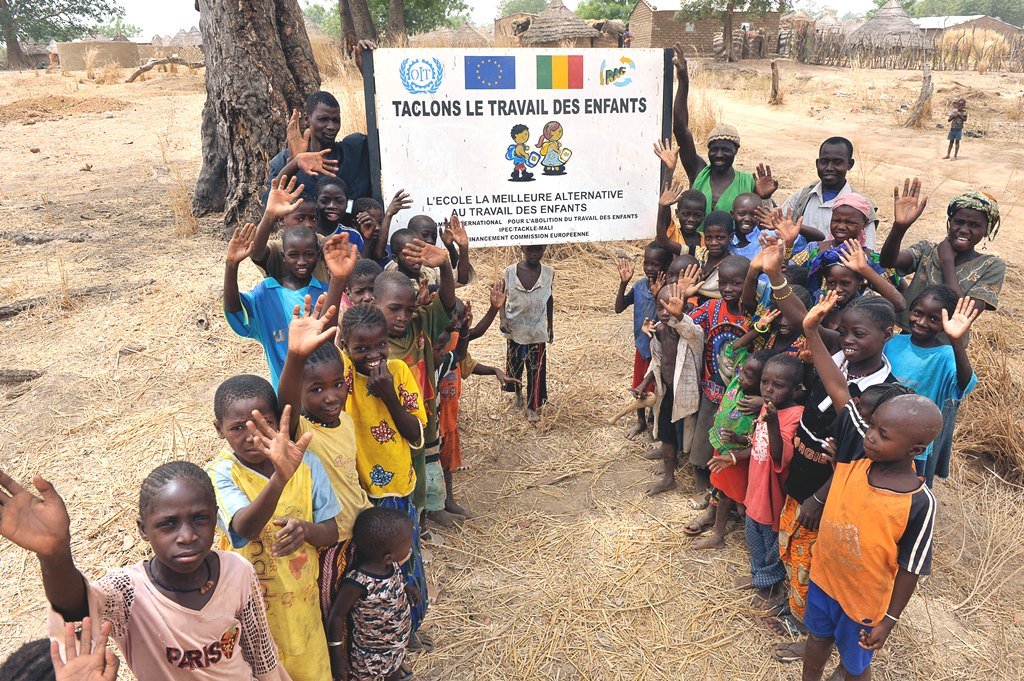 Europe in the world

The ILO and the EU have a long-standing and productive partnership for employment and social affairs. In 2012, and with Euro 55.2 billion in official development assistance (ODA), the European institutions and 28 EU countries provided more than half of global official aid, making “Europe” the world’s biggest development partner.

Today, almost 40 ILO projects and programmes are being implemented with the EU in 89 countries, amounting to almost USD 70 million in support. 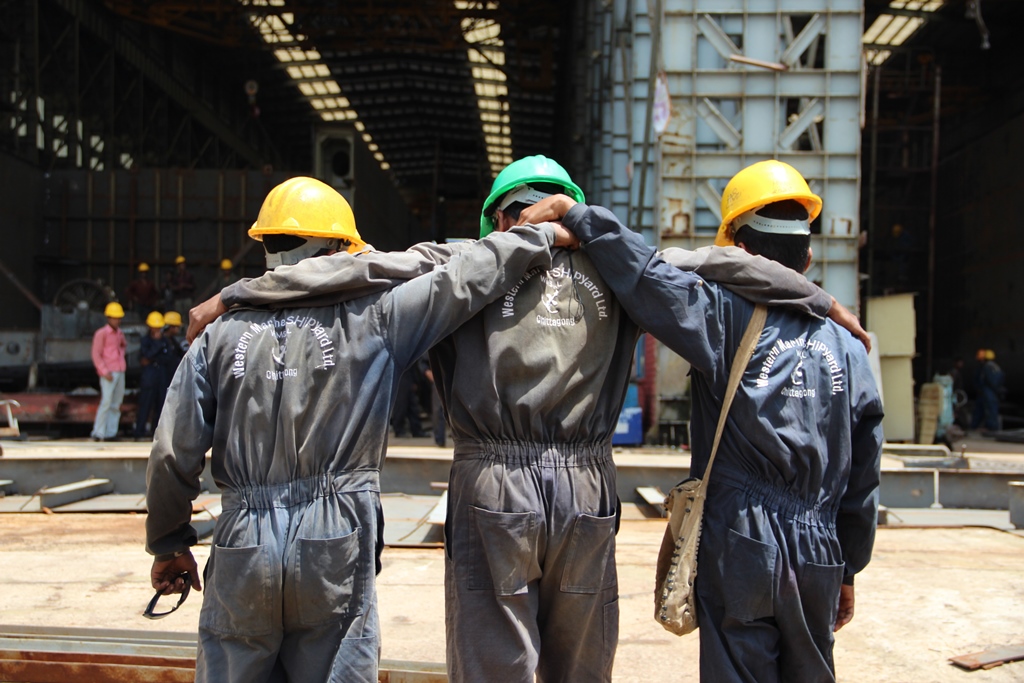 Bangladesh is the 8th most populous country in the world which presents an immense opportunity in terms of its labour force. Quality technical and vocational education and training (TVET) is essential to ensure the country’s competitiveness and decent work opportunities for all.

The TVET Reform Project is a Government initiative, executed by the ILO and funded by the European Union, in Bangladesh. Since 2011, the number of apprentices registered with the Bangladesh Technical Education Board is 30 times higher, and almost 100,000 women and men have benefited from the project. 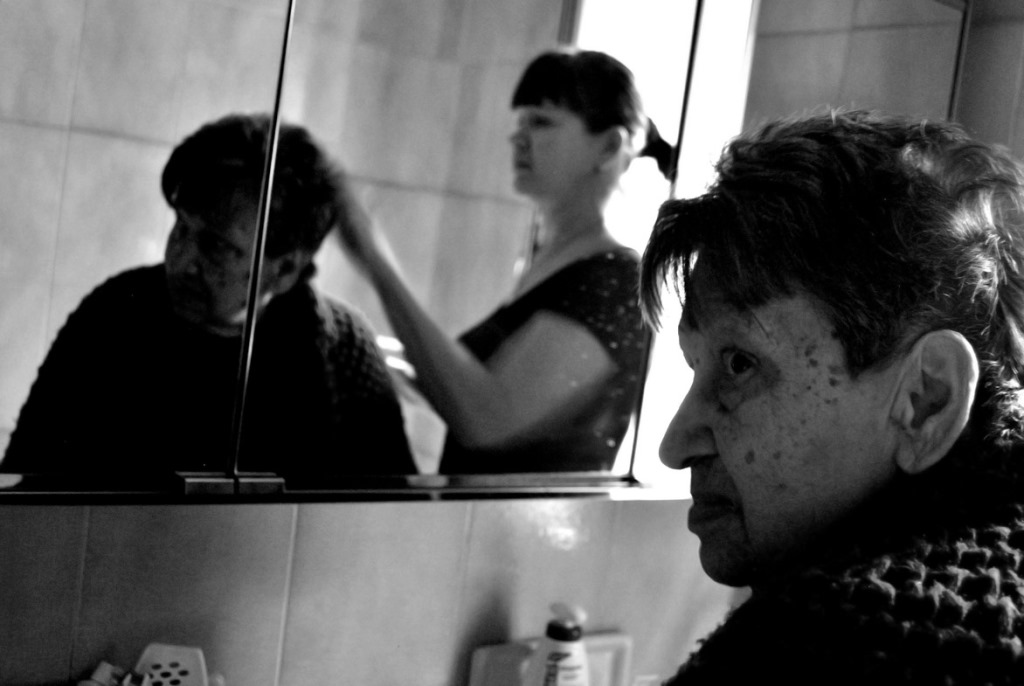 It is estimated that 53 million people have left their countries to work as domestic workers elsewhere, and most of whom are women and girls.

The ILO-EU Global Action Programme on Migrant Domestic Workers and their Families promotes their human and labour rights worldwide by tackling challenges that make migrant domestic workers particularly vulnerable to exploitation and abuse. As a result of this programme, 3 out of the 10 programme countries have ratified the ILO’s Domestic Workers Convention, 2011 (No. 189).
© F. de Stefani 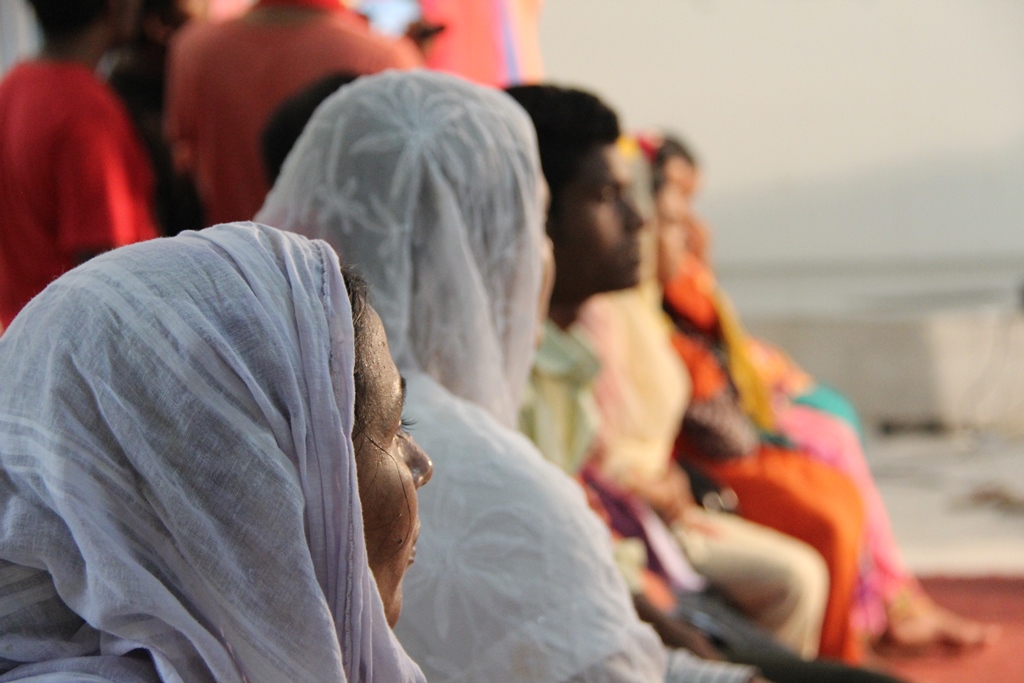 Following the tragic Rana Plaza factory collapse on 24 April 2013, in which 1,129 women and men lost their lives, the ILO has joined a major compact launched by the European Union – together with the Government of Bangladesh – to improve occupational safety and health and working conditions in the ready-made garment industry. The compact aims to prevent another tragedy like this from happening. 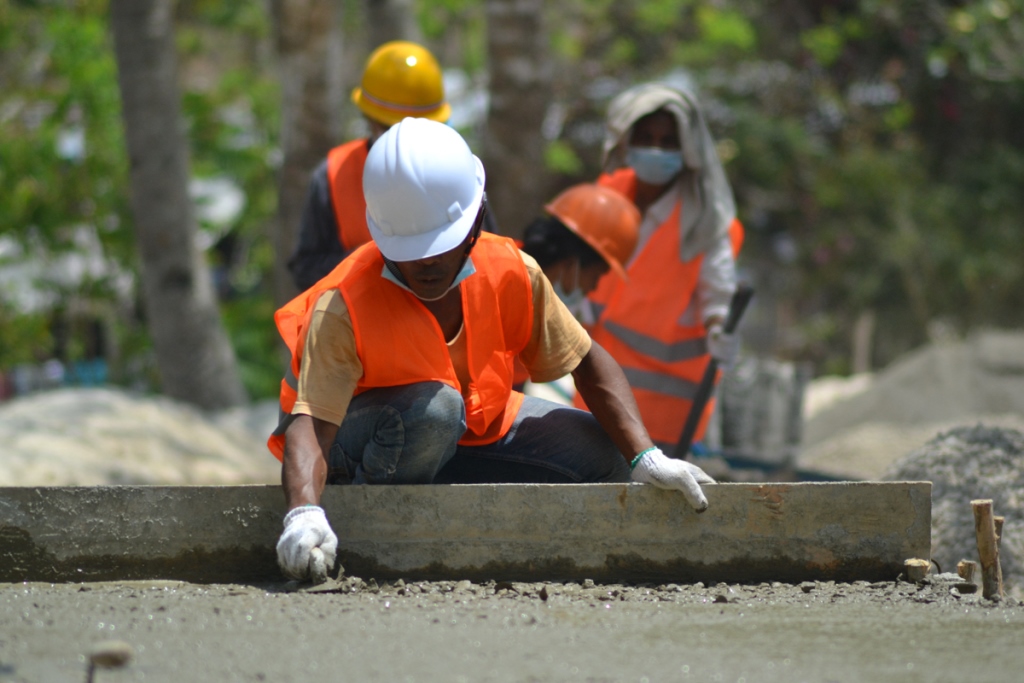 Timor-Leste is the world’s youngest country – independent since 2002. As approximately 75% of its total population of about 1.1 million lives in rural areas, the ILO and the European Union have joined forces to improve the lives of women and men in Timor-Leste through the ERA Project. This project enhances rural access by training and involving local entrepreneurs to rehabilitate and maintain rural roads using a labour-based approach. So far, almost 2,000 km of roads have been maintained and some 300 km rehabilitated. 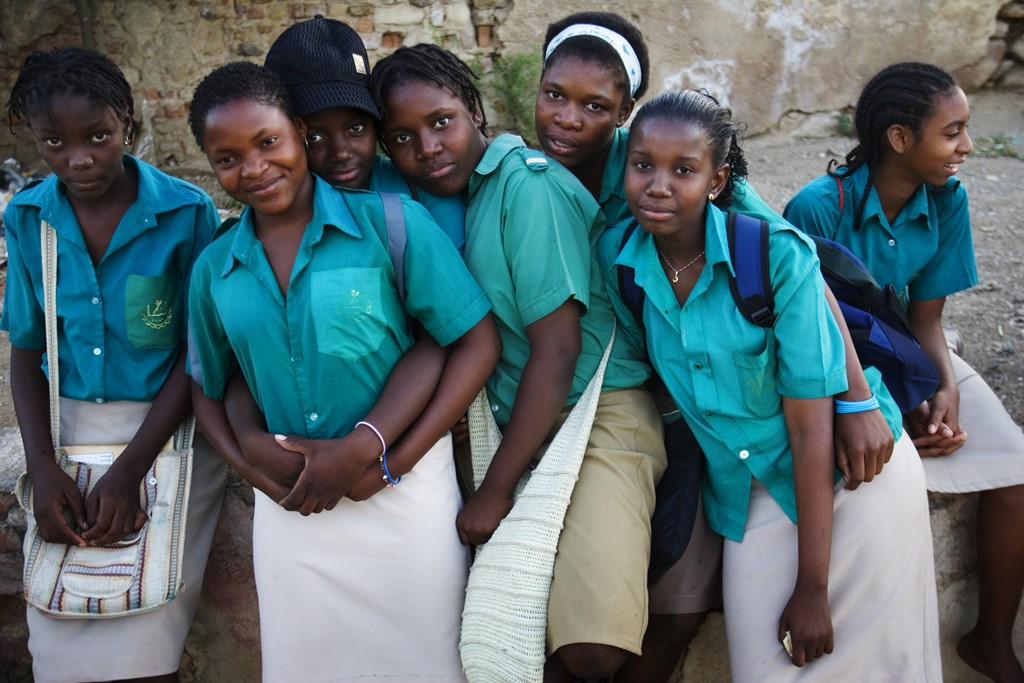 Young people are three times more likely to be unemployed than adults, and almost 73 million young women and men worldwide are looking for work. The EU has partnered with the ILO to counter the high youth unemployment challenge in Uganda by contributing to an existing successful programme, the Youth Entrepreneurship Facility (YEF). The main objective of YEF is to contribute to the creation of decent work for young Ugandans both as a means of self-employment and as job creation for others. At the launch of YEF Uganda in August 2014, over 500 young people attended, of whom 50 young entrepreneurs and 10 programme partners exhibited their products and services. 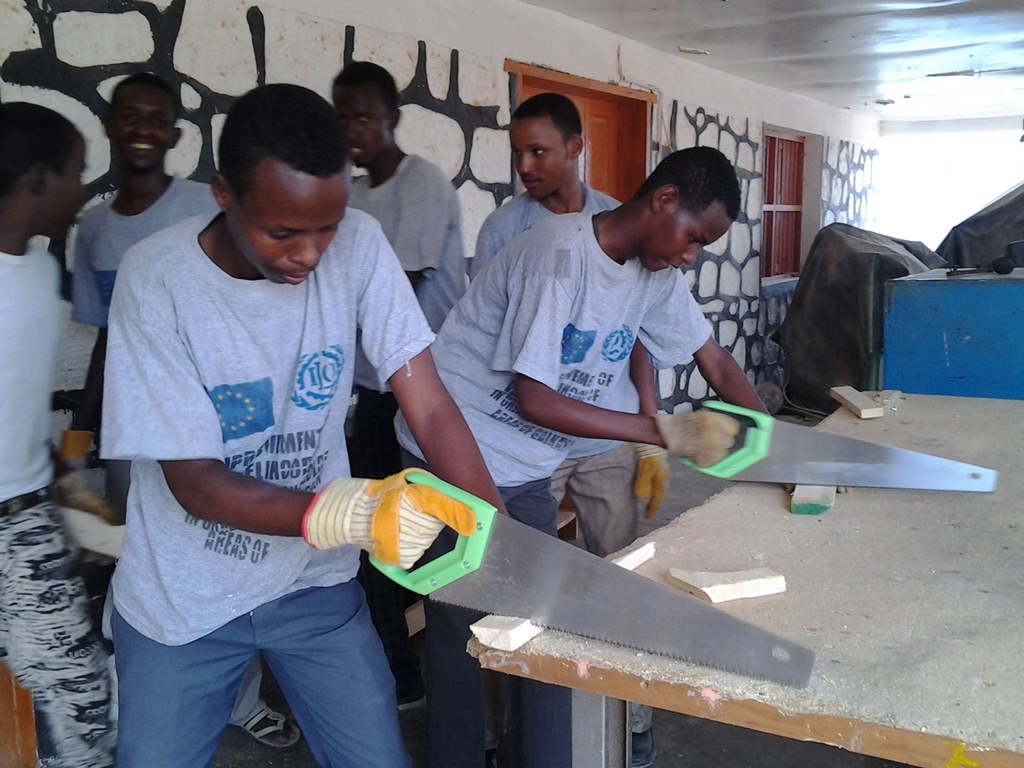 Galkayo is the largest market for livestock in the Horn of Africa, a sector that provides food and income to over 60% of the Somali population. Recently, however, there has been an increase in violence and assassinations in the city and such civil unrest affects all income groups and causes displacement, loss of lives and property, and a high rate of unemployment.

In partnership with the FAO and Terre Solidali, the ILO has led an initiative to improve the livelihoods of vulnerable people in Galkayo through a project funded by the European Union. Now, for instance, 2 major roads have been constructed and almost 3,000 work days have been created – giving short-term employment opportunities to many women and men. 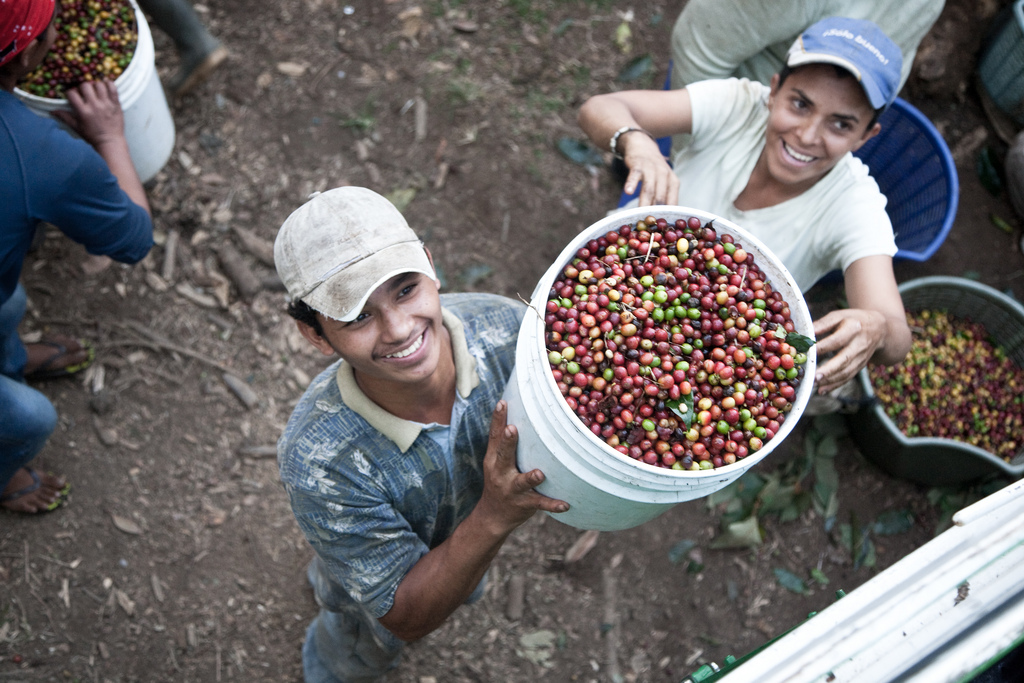 Today, there are an estimated 232 million migrant workers around the world. In 2011, an ILO project promoting gender-sensitive migration policies was launched in Costa Rica, Haiti, Nicaragua, Panama and the Dominican Republic, funded by the European Commission and its Migration and Asylum Thematic Programme. Now, policymakers and social partners in these countries are able to develop gender-sensitive policies, legislation and administration on migration.
© I. Zahorsky / Flickr 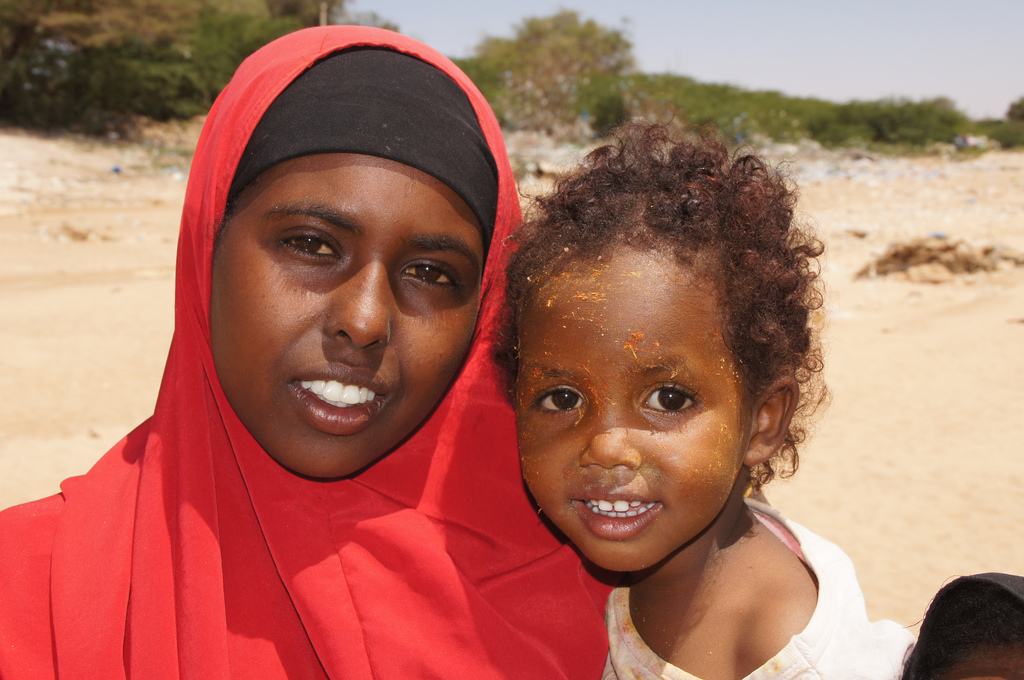 Today, close to 1 billion people worldwide suffer from chronic hunger, while at the same time there is an unprecedented increase in food prices which makes for more hunger, poverty, unemployment, social unrest, and political instability.

A project to create income opportunities for vulnerable groups in food insecure areas in Somalia was set up in 2005 with EU funding, and has resulted in 200,000 work days created; improved physical access to food-insecure areas from food surplus areas; and the development of local capacity, to implement employment-intensive investment programmes to boot infrastructure.
© fmsc / Flickr 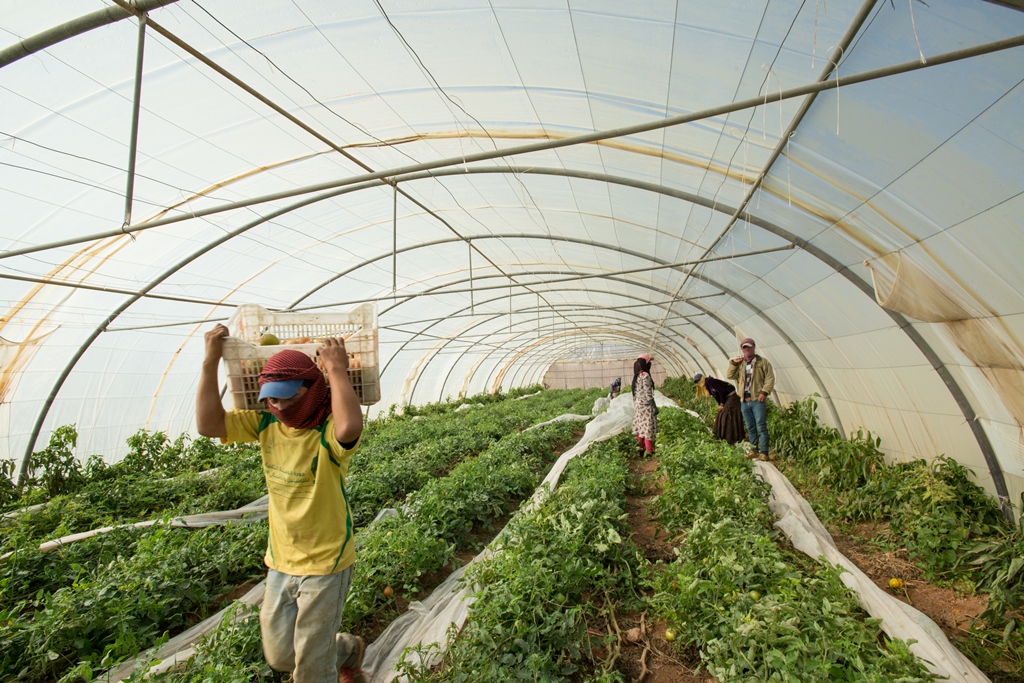 Moving towards a greener economy is creating opportunities for new technologies, investment, and jobs. At the same time, environmental changes – and climate change in particular – have detrimental effects on certain economic sectors and can cause job losses. Identifying and providing the right skills for new and existing jobs can smooth the transition to a greener economy and ensure that new opportunities benefit a broader share of society.

The European Commission and the ILO have put in place a management agreement on knowledge-sharing on skill needs for the low-carbon economy, with the aim of enhancing cooperation and knowledge sharing in the field of early identification of skill needs. 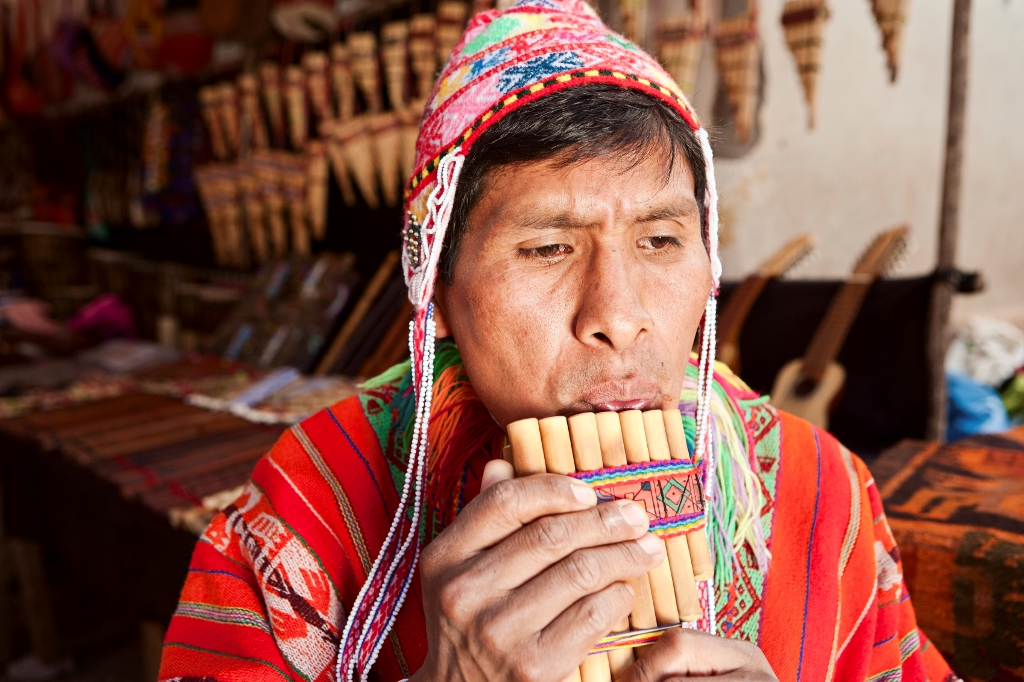 The ILO’s work on indigenous and tribal peoples aims to promote the ratification and implementation of its Indigenous and Tribal Peoples Convention, 1989 (No. 169) and other relevant ILO instruments as a means of achieving the full realization of the rights of indigenous peoples.

An ILO project, funded by the European Union, has addressed the rights of indigenous peoples in Nepal, Peru and the Central African Republic. In Peru, for example, this project has led to members of trade unions coming together to strengthen alliances between indigenous peoples’ organizations and trade unions and identify relevant courses of action, including indigenous youth employment, the informal economy, domestic work, and vocational training for indigenous peoples.
© Discover Corps / Flickr

Partners for decent work: The ILO joins the European Year for Development
Skip to top