First, permit me to express my sincere thanks to the governments of Qatar and Japan for inviting me to say a few words today.

I, and I expect everybody else here today, just finished watching the world’s greatest winter athletes compete in Pyeongchang. In two years, we will be watching summer athletes compete in Tokyo, and in four years we will all be watching the best footballers in the world compete in Qatar. Today’s event provides an important opportunity to share knowledge about the joint and several efforts of the numerous actors who are promoting respect for human rights in sporting events.

May I begin my comments by just saying how closely the ILO follows developments in the Human Rights Council. The realisation of human rights in the world of work – not just on paper, but in the daily working lives of all people, everywhere – is a key point of convergence of the mandates and agendas of our two organisations. Today’s event is a further opportunity to demonstrate both the complementary strength of those respective mandates, and that the United Nations really is working as one.

The truth is that we have a lot to do. There are 152 million children still in child labour; 25 million people are still in forced labour; discrimination in the world of work is still rife, not least against migrant workers and in the form of the extraordinary gender pay gap that persists in the world of work. The majority of the world’s workers still live in countries which have not ratified the ILO core Conventions on freedom of association and the right to collective bargaining. So we have an awful lot still to do.

We also know where the greatest risks to occupational safety and health are to be found: in construction, mining and in agriculture. That is one key reason why the world has turned its attention to the Gulf region – a global hotspot of massive and impressive construction projects, with a workforce composed largely of migrant workers.

Nearly two hundred years since the development of the first labour inspection services, some 2.3 million people worldwide still die each year because of the work that they have done, and more than 300 million contract an occupational illness or suffer a non-fatal occupational accident. That’s a call to action for every one of us because this epidemic of harm is a personal disaster for every individual and their family.

Can I just recall that when the ILO began its work with relation to sport nearly one hundred years ago, it adopted the Utilization of Spare Time Recommendation. That instrument talked about the things workers should do – and should not do! – when not at work.  It reflected the reality of that time – sport was what you did when you were not working; it was literally a recreation from the rigours of work.  Bit by bit since then, with the professionalization of work and the rise of mega sporting events, sport has become work.  And so now we have to look at the rights attached to sport, just as we do in every other area of activity.

In 2020, Japan will host the next summer Olympic and Paralympic games, and in 2022, Qatar will host the football World Cup – and millions of sports and football fans are looking forward to the celebration of these beautiful games. Sports do have a central role to play in quality education for all; sport has a major role to play in advancing public health; and mega sporting events like the World Cup and the Olympics have a great potential to advance human rights – they are a global crossroads for people who want to live their lives in freedom and a space to promote goodwill amongst them.

At the same time, these mega events come with great challenges and corresponding obligations, not least ensuring that conditions of work, including wages, on the huge construction projects meet the requirements of global minimum standards. That means reaching the bar on occupational safety and health; ensuring full respect for the rights of migrant workers who form most of the workforce; and exercising due diligence in supply chains to promote positive impacts on human rights and to prevent negative impacts.

Pressure on the sports sector is not new and increased attention has been paid to institutions involved in the organisation of mega sporting events and enterprises in the sporting goods value chain, the involvement of child labour and the denial of the rights of workers who produce such goods. Significant progress has been made in that regard, at least in some places.

More recently – with the London, Rio, Sochi and the upcoming Tokyo Olympiads, as well as the World Cup in Russia – attention has turned to wider human rights issues, including labour rights of migrant construction workers as well as the value chains of mega sporting events. Professor John Ruggie’s report “For the game. For the world” has set high benchmarks that should guide us all.

We are encouraged by the fact that more and more actors are coming together demanding fair games and fair play without human rights violations. The ILO has supported the multi-stakeholder initiative on human rights in mega sporting events and welcomes the establishment of a Centre for Sports and Human Rights this year. I want to pay tribute to the essential role played by the employers’ organisations and the global trade union organisations – including the Building and Woodworkers International that is inspecting work places in Russia and Qatar – as well as the Institute for Human Rights and Business for pursuing this initiative.

Through this initiative and its bilateral engagement, the ILO is supporting the Tokyo Organizing Committee for the 2020 Olympics to promote labour standards in the preparation of those games.

Last November, the ILO and Qatar signed a partnership agreement to begin a comprehensive technical cooperation programme in that country. The partnership’s agreed objectives reflect, I believe, Qatar’s commitment to labour rights and to achieving real change.

The comprehensive programme reflects the common commitment of the Government of Qatar and the ILO to cooperate to assist Qatar in ensuring compliance with ratified international labour conventions, as well as in achieving step by step progress towards realisation of basic principles and rights at work during the period from now until 2020.

Qatar has already introduced a number of legislative and programmatic measures.  And our programme envisages that this year the present “kafala” sponsorship system, which constrains migrant workers’ freedoms by tying them to a single employer, will be replaced by a system based on employment contracts. These will no longer require foreign workers to rely on their employers or ‘sponsors’ as intermediaries with the government. Moreover, workers will no longer need the approval of their employer to exit the country or to change employers.

The programme is also working with the Government to replace the temporary minimum wage introduced last year with a permanent minimum wage, at a level based on a comprehensive assessment. The programme will also review and provide recommendations on improving the efficiency and coverage of the Wage Protection System, to ensure timely transfer of wages to workers.

Implementing these measures is indeed the priority for the year ahead and beyond and, once implemented, they will represent genuine advances. I’m very pleased that the latest news from my colleagues who have visited Doha gives rise to optimism about the prospects for a successful programme in Qatar.

We all want the 2022 World Cup to be an exemplary celebration of both the beautiful game and the beauty of freedom in the world of work. It is not just the players who need to be training hard for 2022. And just like their desire to score goals, our goals will not be achieved without our commitment and our hard work. Only one team can win the World Cup but I believe everyone can win by securing human rights in the Qatar World Cup and in all mega sporting events. 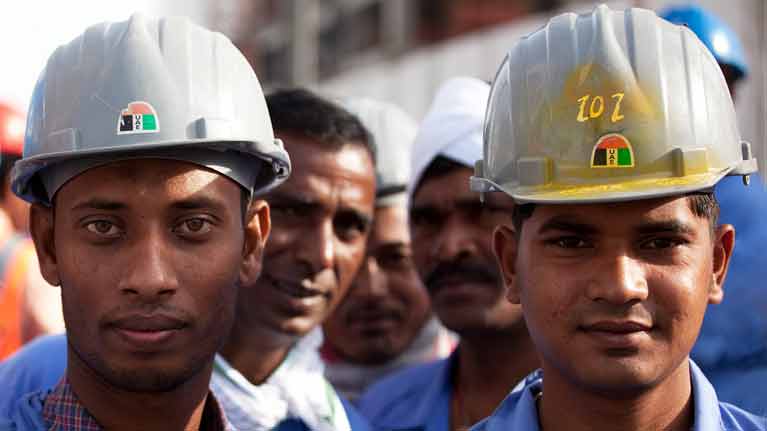