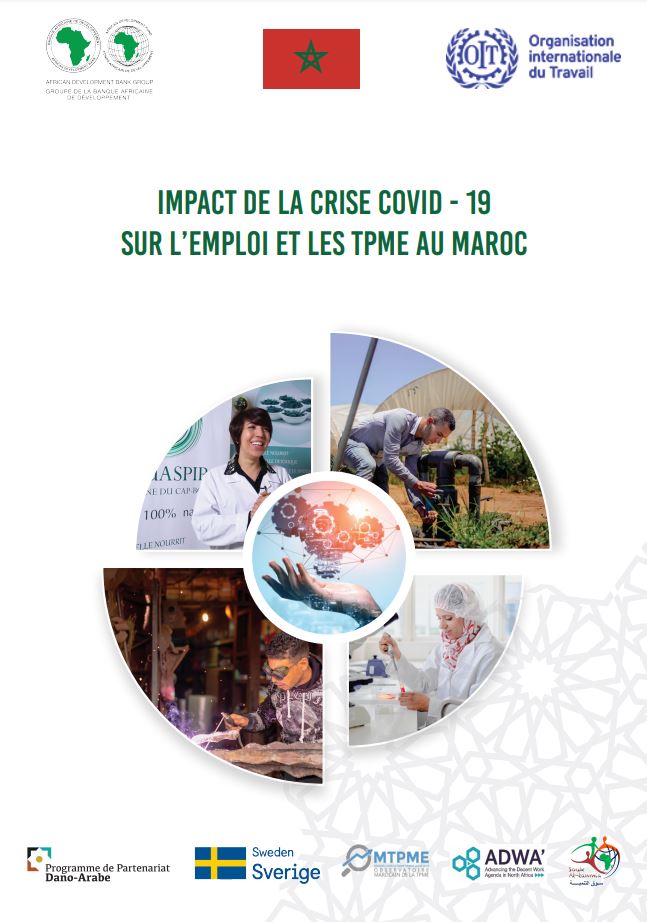 Download:
From a health crisis, the COVID-19 pandemic has evolved into an economic and employment crisis. The lockdowns and containment measures put in place have resulted mainly in temporary or permanent shutdowns of activity, resulting in drops in sales and turnover in almost all sectors. The MSMEs have been the most impacted, and they concentrate a significant number of jobs.

The ILO and the African Development Bank (AfDB) conducted a joint study to analyze the effects of this crisis on employment and MSMEs. The effects at the macroeconomic level were estimated using a general equilibrium model and at the microeconomic level, available survey data was used. A survey of 300 small business enterprises completed the analysis. An analysis of the employment and MSMEs situation before the pandemic helps to highlight the pre-existing structural constraints that have been exacerbated by the crisis. The measures taken by the national authorities targeting compensation for employees and workers in the informal sector as well as the facilities granted to companies have helped to mitigate the effects of the crisis, while highlighting the difficulty of reaching certain vulnerable groups, such as informal workers and those in atypical forms of employment. An estimate of the number of unemployed expected in 2021 due to the crisis has been made. The crisis is also translating into increased underemployment and loss of income, especially for informal workers. While the MSMEs represent 73% of employment, they have benefited unevenly from government support. The crisis has revealed the importance of the informal sector in the Moroccan economy: 81% of SMEs and 60% of private sector employment. Based on these findings, short and medium term recommendations have been drawn up.

The report is available in French