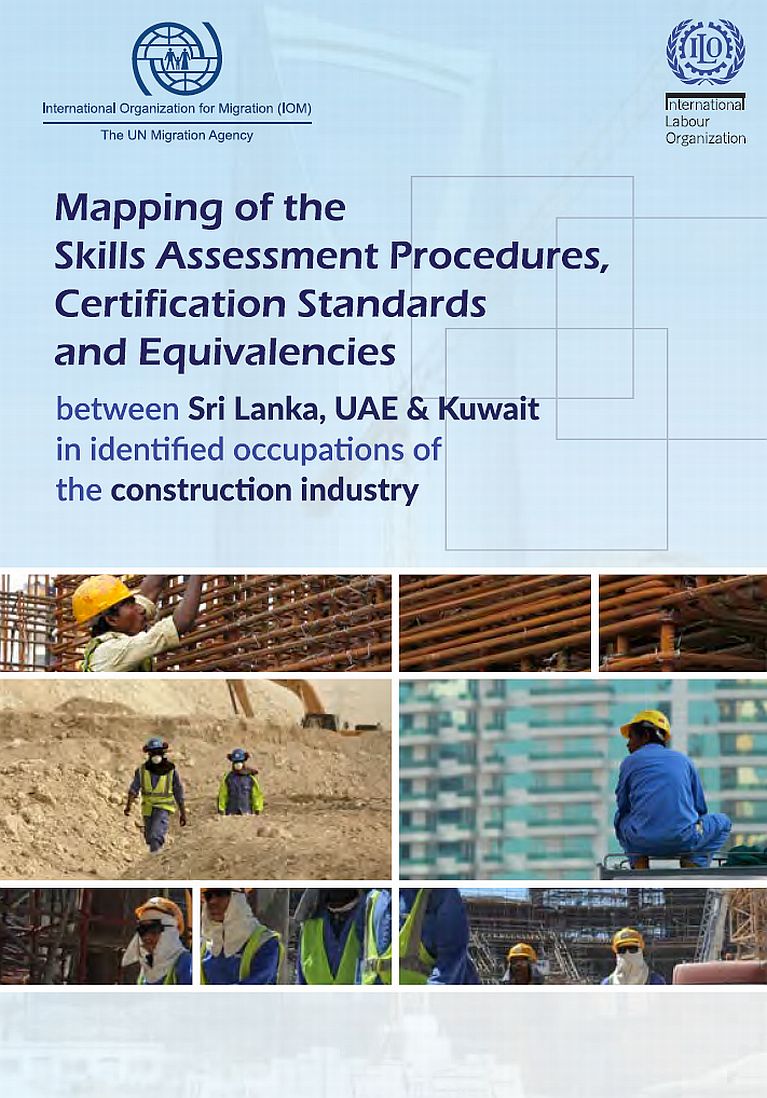 Download:
At national level the labour migration policy in Sri Lanka highlights the way forward for the labour migration sector in Sri Lanka through the promotion of enhanced skills of migrant workers. Likewise, regional level dialogues such as the Colombo Process, recognize the need to study and discuss common procedures in recognizing the qualifications of workers from countries of origin in countries of destination, particularly in the GCC where there is a high demand for construction industry workers. Better and increased recognition of skills and qualifications of workers, has been identified as one of the five thematic areas under the Colombo Process. The CP Member States have endorsed “developing frameworks for skills training and recognition aligned with destination counties” as one of the recommendations specific to this thematic area in the Colombo Declaration 2016, which was adopted at the Fifth Ministerial Consultation of the CP in August 2016.