Lack of resources and low level of awareness and compliance when it comes to Occupational Safety and Health (OSH) places many Micro and Small Enterprises and their employees at risk. For Sharminy, an entrepreneur running a coir business in the Northern Province of Sri Lanka, Covid-19 and the ongoing economic crisis have only further underscored the importance of a safe and healthy workplace..


Though coconut resources are abundant in the Northern Province of Sri Lanka, its potential in boosting the local economy and providing employment has not been recognized by many. 34-year-old Sharminy Thiyaharan is an entrepreneur who has realized the promise it holds. Currently working as a teacher at a government school in Kilinochchi, Sharminy founded and runs STR Industries, a coir business, together with her husband. 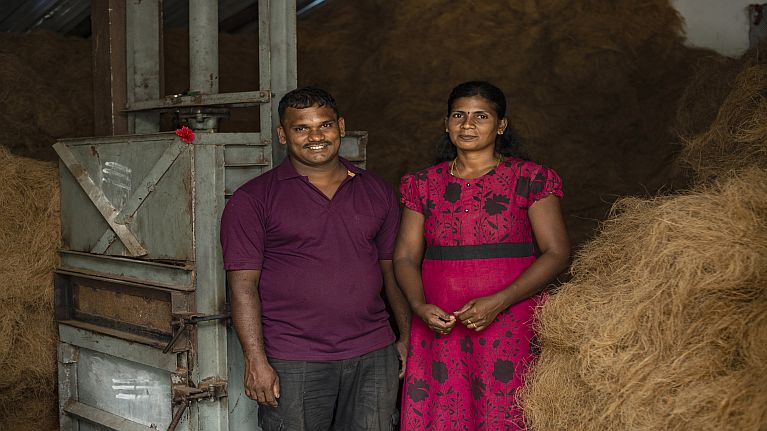 Despite numerous challenges, Sharminy Thiyaharan created her own path as a women entrepreneur in the Northern Province of Sri Lanka,and today runs a successful coir business together with her husband.


“My husband and I visited an exhibition organized by the Northern Regional Office of the Coconut Cultivation Board; it was what prompted our interest in the potential of the coir industry. My husband was still running a textile business, but when it got burnt to the ground during a fire in the market, we decided to venture into coir processing,” recalls Sharminy.

“To establish a coir processing business, you need certain key skills and know-how, for instance knowledge on extracting coir, conditioning them for further use, value addition such as making a brush and so on. We lacked this, but I wasn’t discouraged. I mobilised a few women from the community and attended a three-month apprentice programme. Upon our return, we started STR industries. Commencing with brush manufacturing on a labour contract, eventually after obtaining all relevant registrations, we were formally open for business, and began processing coir and manufacturing coir-based products,” she adds.


Sharminy proved to have a natural acumen as an entrepreneur and was keen to overcome challenges that Micro and Small Enterprises (MSMEs) face such as access to capital and new markets, as well as limitations in working with intermediaries.  She obtained a bank loan and invested the funds in machinery which allowed to expand STR operations targeting the export market. 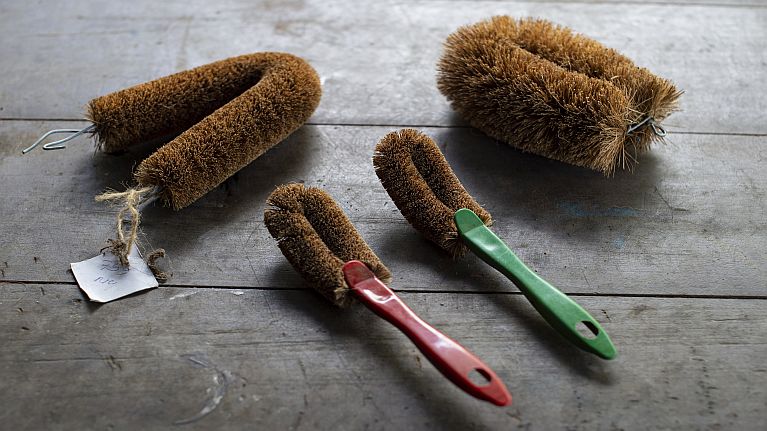 Things were moving in the right direction, but an accident in the factory brought everything to a standstill. According to the National Institute of Occupational Safety and Health (NIOSH), the coir industry is highly prone to safety, biological, fire, ergonomic, and chemical hazards. While the negligence of Occupational Safety and Health (OSH) leads to lower productivity and higher labour turnover, the negative impact on the reputation of enterprises affects performance and could even result in businesses shutting down.

“The incident made us take a hard look at our operations and re-prioritize organisational safety and employee well being more so than before.  Employees were also very anxious after the accident,” says Sharminy.


With ILO LEED+ project support, STR revamped OSH conditions, including conveyer belts, machine guards, appropriate uniforms for employees to reduce the risk of entanglement and other risks, and regular breaks to reduce ergonomic hazards.  The enterprise also bore the cost of both OSH training, and additional equipment such as boots, fire extinguishers, safety goggles, sound mufflers, and helmets. These helped change the way the employees approached work, creating a professional atmosphere. 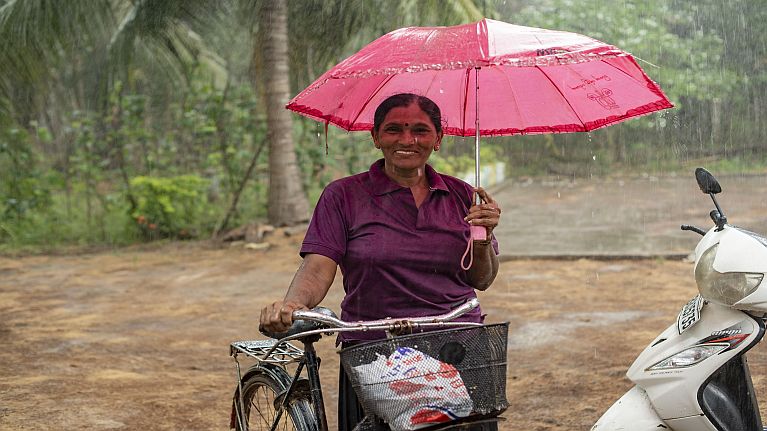 An employee returns to work after her lunch break, the uniforms provided to the employees of STR Industries are some ways through which ILO has supported improvement of OSH at STR Industries.


David Kasthuri Thilakam is a 48-year-old single mother who has been an employee at STR Industries since 2016. Previously unemployed, for Thilkam this job was a life changer as it allowed her to provide for her family and support the education of her daughter.

Explaining the importance of OSH, Thilakam says “I have been operating the conveyor belt ever since it was introduced in our factory. Safety is one of the key factors that’s always emphasised by the administration. Introduction of conveyor belts have reduced the risk of injuries, minimised hazards from both exposure to dust from fibres, and from the direct expulsion of the husks which can potentially cause grievous hurt to the workers.”

Like MSMEs across the world, STR Industries was heavily impacted by the pandemic. But Sharminy used it as an opportunity to pivot and grow her business. “I was determined to ensure business continuity, safe workplace, and zero job loss. Existing safety measures like wearing masks, were further strengthened with physical distancing, and using sanitizers. When we noticed a drop in the demand of some products, those units were halted, and all resources transferred to other units making products with a steadier marker demand. To manage high price of husks; our raw material, we started purchasing whole coconuts, from which we extracted desiccated coconut and husks separately. Husk was used for production and the desiccated coconut sold directly in the market”.

The ongoing national economic crisis has brought additional challenges for STR Industries. In the Northern Province, many MSMEs have temporarily reduced their workforce, some have also resorted to production on a shift basis starting work as early as 3.00am or working until as 10.pm to navigate the power outages. This change has further impacted access to employment especially for women and persons with disabilities.

At present STR Industries is continuing operations with the original workforce of 10 women, many who are heads of households, as well as provided a small salary increase for its employees to manage the rising living costs. However, working hours have been greatly affected by the daily power interruptions, while transport cost for sourcing raw materials and sending finished products has doubled. Fuel shortage has also meant they are unable to dispatch products regularly and our struggling due to the limited storage capacity.

“We are unable to meet the export demand and cannot increase price of export products as it will have a negative effect on our competitiveness. The situation has led to a steady fall in revenue and halting of all expansion plans. Day-to-day operations are becoming increasingly difficult with the power, fuel, and workforce challenges, but I am staying determined. With a shortage in essential and lifesaving medicine, occupational safety is more so important in the present context, so ensuring a safe workplace while keeping the business open is priority,” says Sharminy.

Supported by the Australian Government Department of Foreign Affairs and Trade (DFAT) and the Government of Norway, the LEED+ project is part of the ILO’s Global Jobs for Peace and Resilience programme. At its very core, LEED+ is a quintessential ILO effort, given its ultimate aim of creating decent, inclusive and sustainable jobs, and ensuring the empowerment of conflict-affected communities in the process.