So far, 8 countries have taken the step to ratify C190, including 5 ratifications in 2021. Consideration of ratification is under way in a number of Caribbean countries, with a view to formalizing the commitment to the fight against violence and harassment in the world of work.

The constituents in the Caribbean have been very involved in the development of C190, and its accompanying Recommendation (No. 206). The Convention, like all ILO standards, was developed through discussion and debate among governments, employers’ representatives and workers’ representatives.

The Honourable Colin E. Jordan, Minister of Labour and Social Partnership Relations of Barbados, played a key role in this negotiation process. As the elected Reporter of the Committee that developed the Convention and Recommendation, he introduced these to the 2019 International Labour Conference for a vote by 500 delegates from around the world. In presenting the standards for the vote, the Honourable Minister Jordan underlined that “violence and harassment in the world of work is a scourge that must be eliminated”. He also underscored that the proposed Convention and Recommendation established a framework to enable “member States and social partners to engage and to fulfil their essential roles in the elimination of violence and harassment in the world of work”.

The COVID-19 pandemic has been a sombre reminder that in times of crisis, the risk of violence escalates. There has been a dramatic increase in occurrences of domestic violence, and many reports of work-related violence and harassment. C190 establishes a common framework for preventing, addressing and eliminating this phenomenon. The standards also recognize the devastating impact of domestic violence on the world of work, calling for measures to mitigate this, including protection for victims, a referral system and awareness raising. The pandemic also brought renewed focus to the importance of mental health in overall health and safety. C190 recognizes the serious psychological impact of violence and harassment, and the need to take into account associated psychosocial risks in the management of occupational safety and health. The standard will play a key role in supporting a human-centered response and recovery and ensuring a dignified, safe and healthy world of work.

After any new ILO standard is adopted, all ILO Member states have to submit the instruments to the competent authority (normally the parliamentary body) within 18 months of adoption. This step is not an obligation to propose the ratification of the Convention: Governments are free to propose any action they think is appropriate. The submission is an opportunity for the Government to indicate their views on the action to be taken on the standard, and to take up the matter for debate within the legislature. The deadline for submission of C190 and R206 was December 2020. So far, two countries in the Caribbean have submitted the instruments to the parliament for consideration, as required (Barbados and Trinidad and Tobago).

On a global level, the ILO has launched a campaign #RatifyC190 to promote ratification and implementation. The campaign aims to raise awareness about the reality of violence and harassment at work. It reaches out to governments, employers’ and workers’ organizations as well as policy makers, civil society and private sector businesses, and includes a campaign toolkit (ILO campaign hub) with materials for download, adaptation and use by anyone interested in promoting C190. You can join the campaign and contribute to making a world of work free from violence and harassment a reality.

Interested in learning more? The ILO Office for the Caribbean will be holding a Webinar on the Violence and Harassment Convention, 2019 (No. 190) on 26 October 2021, from 11.00 am - 12.30 pm Eastern Caribbean Time. Visit the Event Page for more information and to pre-register to receive an invitation to attend the webinar. 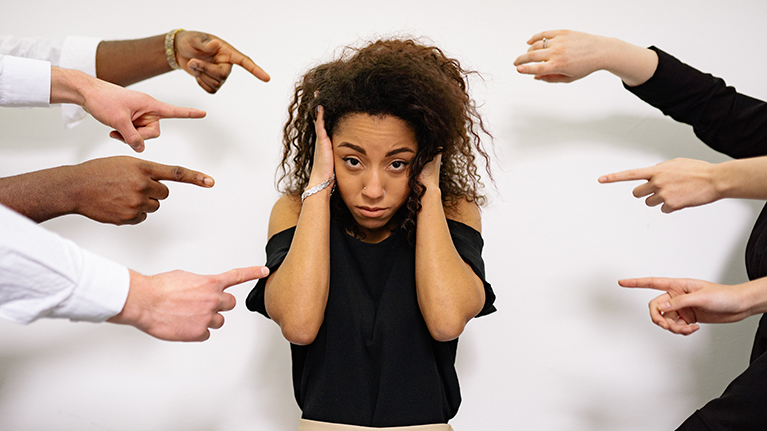