Lima, Peru – Mr Vinícius Carvalho Pinheiro, the new ILO Director for Latin America and the Caribbean who took office on 1 March 2020, has highlighted the importance of redoubling efforts to address economic uncertainty that impacts employment, particularly amid growing demands from members of society who feel excluded.

"It is a challenging time for the region; there is an upward trend in the unemployment rate and there are signs of instability and increased informality. The situation will not improve if weak economic growth continues," said Mr Pinheiro, who arrived this Monday to settle in to his new post in Lima, headquarters of the ILO Regional Office.

According to the latest Labour Overview for Latin America and the Caribbean released in January 2020 by the ILO, the average unemployment rate in Latin America and the Caribbean rose slightly from 8.0 per cent to 8.1 per cent in 2019. It warned that unemployment could continue to increase to 8.4 per cent in 2020 if the forecasts of weak economic growth (just above 1 per cent) are maintained.
Economic uncertainty is even greater since the emergence of Coronavirus or COVID-19, which is having an impact on the world economy and trade.

Recent demonstrations in countries across the region calling for greater opportunities and protesting against inequality also pose additional challenges to labour markets, according to the new ILO Regional Director.
"These demands can be linked to job instability of people, low income or lack of social protection which are effectively at the root of inequality," said Mr Pinheiro.

In 2005, he joined the ILO as Head of the Social Protection Programme at the International Training Center of the ILO in Turin. Two years later in 2007, he was transferred to the Department of Social Security in Geneva to later serve as Chief Counsellor of the Director General of the ILO, from 2009 to 2012. At that time he served as “sherpa” for the G20 and was Executive Secretary of the Group Consultative on the Social Protection Floor.

Before joining the ILO, Mr Pinheiro was a Senior Pension Specialist in the Financial Markets Division of the Organization for Economic Cooperation and Development (OECD). He has also worked as a consultant for organizations such as the World Bank and the Inter-American Development Bank (IADB). In 2002, he was Vice President of the Inter-American Conference on Social Security in Mexico City.

Previously in his country of Brazil, Mr Pinheiro served in a series of positions related to social security including Minister of Social Security a.i. and Secretary of Social Security, responsible for pension reforms and policies to increase coverage that have benefited millions of people. 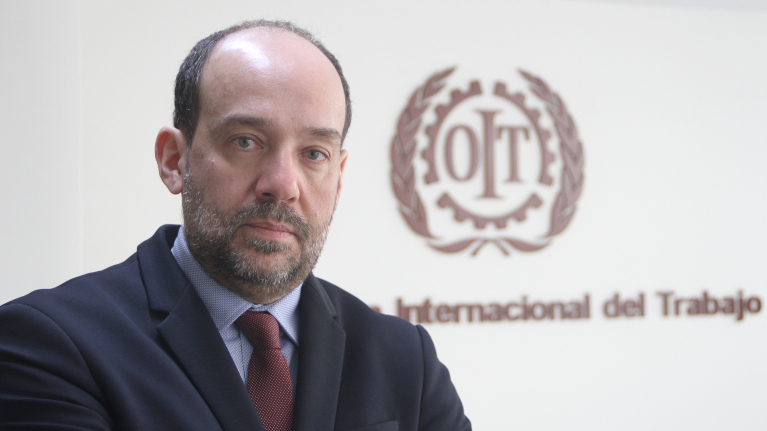