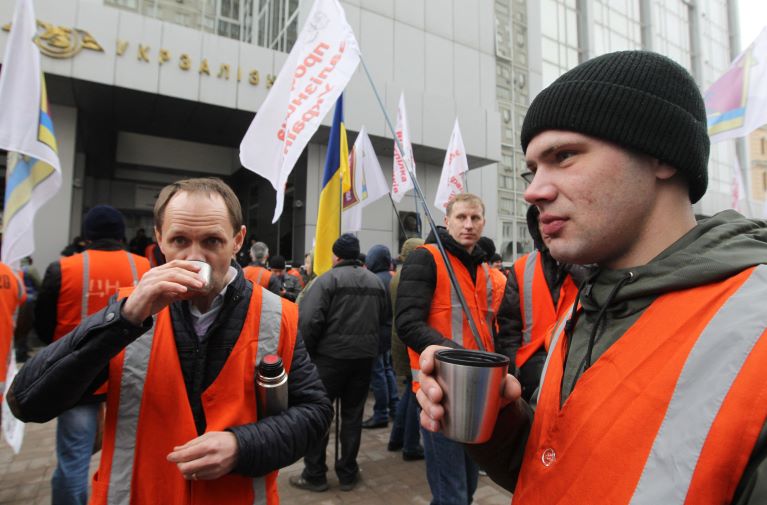 Through ratifications of ILO Conventions, Governments of Central and Eastern Europe have made international obligations to implement workers’ rights. ITUC tracks Governments implementation of these commitments. The Global Rights Index for 2021 shows that many workers do not have access to these rights, including the right to collective bargaining and freedom of association.

The Global Rights Index ranks countries in the world on a scale from 1 (best) to 5+ (worst). The countries are ranked based on analysis with indicators derived from ILO conventions, and looks at violations of rights both in law and practice. This year, the ITUC Global Rights Index has added an interactive webpage where cases of violated rights and national ratings can be viewed by country and region.

In Central and Eastern Europe, ITUC observed changes in labour rights violations during the COVID-19 pandemic.

In Central and Eastern Europe, ITUC observed changes in labour rights violations during the COVID-19 pandemic. For Bosnia and Herzegovina and North Macedonia, the index points at positive developments. The scores of these countries shifted from 4, indicating a “systemic violation of rights” to 3, indicating “regular violation of rights”.

No European country were among the countries receiving the worst rating of 5+. Ukraine continues to have the worst score in the sub-region. It was among the 35 countries worldwide to receive the second worst rating (5), indicating that workers had “no guarantee of rights”. This was the same rating Ukraine received last year.

No changes were recorded in Serbia and Romania, both continued to rank 4. Albania, Bulgaria and Poland were ranked in category 3, with no major changes observed. Croatia, Czechia, the Baltic countries, Montenegro and the Republic of Moldova are ranked at 2.

In Central and Eastern Europe, ILO supported unions to ensure that rights are not undermined in the countries’ Covid-19 response.

Since the onset of the pandemic, ILO has adjusted their support to trade unions. In Central and Eastern Europe, ILO supported unions to ensure that rights are not undermined in the countries’ Covid-19 response. In North Macedonia, for example, ILO has supported the development of a mobile phone application for the biggest trade union, the Federation of Trade Unions of Macedonia. With the application, workers can report violations of rights and unsafe working condition in the context of Covid-19 directly to the union. The union’s legal department will then examine the case. The application is also linked to the state labour inspectorate, and with the consent of the worker, the case can be forwarded for follow up. The application has been downloaded more than 500 times and as a result, several cases are already been solved, while others are under investigation.

Trade unions from Lithuania to North Macedonia have also been supported in setting up emergency helplines where workers can report violations of rights in a more traditional manner.